What to expect from Theresa May’s big Brexit speech 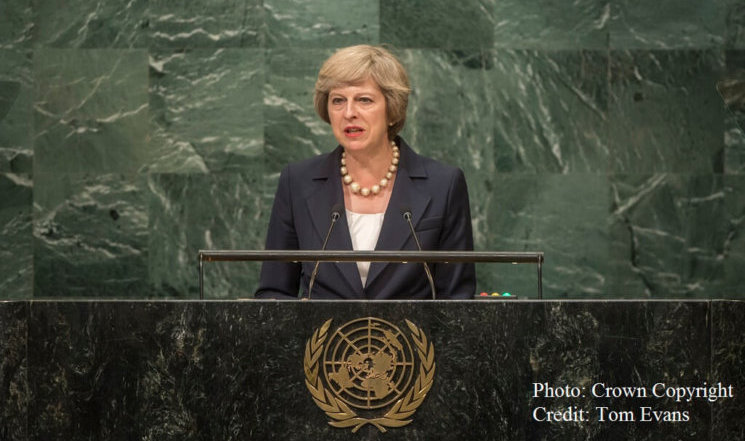 The Prime Minister’s speech this Tuesday has been trailed as her opportunity to set out her “Brexit plan” – her negotiating priorities in advance of the Supreme Court ruling on the requirement for Parliamentary approval of Article 50 notification, expected before the end of the month. Politicians, financial markets and other European Union countries are all – we are told – in the dark about what the Government really wants.

But the Government’s key objectives were set out as long ago as October in the Prime Minister’s Conservative Party speech: bringing migration policy with respect to EU nationals back under UK control and ending the supremacy of the European Court of Justice over UK law. Subject to this – but only subject to it – the Government is seeking to preserve, as far as possible, barrier-free access to EU markets for UK exports of goods and services. As virtually everyone now recognises, the primacy of the first two objectives over the last one means that the UK will not be able to continue as a participant in the European Single Market.

If it’s all so clear, why all the complaints – and what more can the Prime Minister say on Tuesday? There are three key areas: process, ambition and expectations.

In terms of process, we will hear more, no doubt, about how the Prime Minister intends to proceed. She can’t be fully certain of her ground, if only because she will be speaking before the Supreme Court has ruled over the need for parliamentary involvement in the triggering of Article 50.

It is still conceivable that the justices will insist on a specific form of parliamentary consultation. But be this as it may, it seems likely the Prime Minister will confirm her intention to trigger Article 50 by the end of March, and that she will reiterate her belief that, even if forced to give parliament some role in the process, it is the Government that will take the lead. But the specifics here will be crucial.

Parliament will get its say – but on what? On what terms? When? And, most important of all, how feasible will it be for backbenchers or the opposition parties to frame or reframe the debate?

While this may be the focus for politicians, for other member states (and financial markets) it is substance that matters most. Here the Prime Minister has a chance to address what might be called “the cake issue”. Few political phrases have had as much resonance – and done as much damage – as Boris Johnson’s joke.

The Government has completely failed to communicate to the public that Brexit will involve some very difficult and painful trade-offs. Making those trade-offs – and explaining and selling them to the public – is precisely what politicians are there to do.

It is perfectly legitimate for the Prime Minister to argue (as Nigel Farage, to give him credit, did before the referendum) that it’s worth making us poorer in order to control immigration; or that it’s more important that we can set our own regulations on the energy efficiency of light bulbs than it is for us to be able to sell our electrical products on the Continent. But it’s not legitimate to pretend those trade-offs don’t exist.

Moreover, making this explicit would go a considerable way towards clearing the air with other EU countries. Their current exasperation stems in large part from what they see as the UK’s collective unwillingness to recognise that we aren’t going to be able to pick and choose between different aspects of EU membership.

On top of this, they hear a steady stream of rhetoric from voices in and out of government who blithely reaffirm that the UK is a position to dictate the terms of our withdrawal (“we are not the demandeurs”, as Bernard Jenkin keeps saying), or who – deliberately or ignorantly – obscure the debate by talking about single market “access”.

A simple recognition of reality here would cost the Prime Minister nothing in terms of negotiating capital, but would boost her – and our – credibility. So too would a reaffirmation of her intention to allow all EU nationals currently resident in the UK to stay permanently – even if the precise details will be a matter for the Article 50 discussions.

This would be a good start. But fog still surrounds two other big issues – and here clarity may be too much to hope for, since arguments appear to continue to rage within government.

First, the customs union. Leaving the customs union will require some forms of border control on the movement of goods between the UK and the continent, and between Northern Ireland and the Republic of Ireland (as currently exists between Norway and Sweden, for example). Even if such controls were relatively light, there would be both transitional and ongoing costs, to the Treasury and to business.

So while it seemed obvious to most analysts that Brexit had to meanleaving the customs union – what is the point of Brexit if the EU still sets our external trade policy and we are subject to the Common External Tariff? – the Treasury is therefore still resisting any firm commitment here, and appears to be arguing that we should remain in the customs union, at least for some purposes and for some period. The legal and administrative aspects of this are exceptionally complex. It is notable that Change Britain – the ongoing Leave campaign, set up by Michael Gove and other prominent Leave campaigners – has produced a series of papers arguing that the UK should leave the customs union; this suggests that it is by no means a foregone conclusion.

Second, there is no consensus within government as to what sort, if any, transitional arrangements might be put in place. Both Whitehall and business argue strongly that it will be effectively impossible to put in place permanent arrangements governing the future UK-EU relationship within the period of the Article 50 negotiations; and that exiting without having either such arrangements or some form of transitional provisions would be potentially very damaging.

But stating publicly that they are seeking such provisions could weaken the UK’s negotiating position considerably; and some Brexit proponents fear that any such provisions would in effect become permanent – as indeed has happened with the European Economic Area. In particular, any transitional provisions that maintained free movement would be very difficult politically, but it is hard to see the EU not insisting on this.

Little discussed as yet, but surely the most important aspect of the whole Brexit saga, it will be interesting to see if the Prime Minister expands on her view of what Brexit is actually for. That is, not what Brexit means in legal or policy terms, but what Brexit means for us. Last week, she wrote that when people voted for Brexit they voted to “change the way our country works for ever … to build a stronger, fairer Britain that works for everyone, not just a privileged few.”

By Professor Anand Menon and Jonathan Portes from The UK in a Changing Europe. This piece originally featured in The Telegraph.