What to watch for in the parties’ manifestos 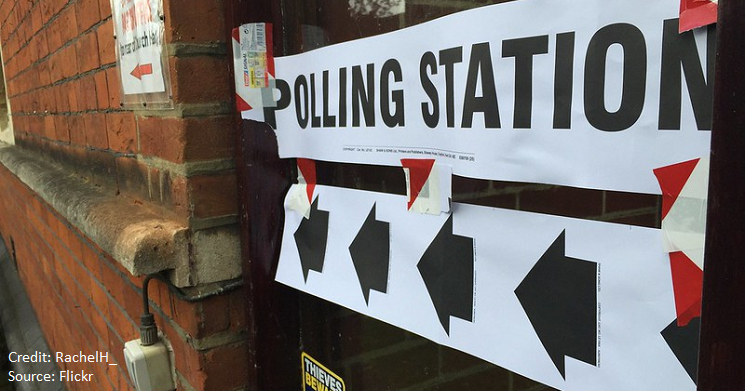 We have had dissolution. We have had the official campaign ‘launches’. We have dates for debates – and disputes about who gets to participate.

But over the next few weeks we should be getting the party manifestos, stuffed full of policies and pledges that the parties hope will not explode in their faces.

Brexit is a big factor in this election. In a recent poll in London almost 70% of people said that Brexit was one of the top three issues that would determine their vote.

That result is likely to be replicated elsewhere. But what should these voters look out for in the Brexit manifestos?

There will be a lot of talk about the process of Brexit. But much more important to the future of the country is where we end up.

There are three possible choices on offer: a distant relationship with the EU, freeing the UK to be an independent player on the global stage – but at the price of new trade barriers and weaker cooperation on security; a close economic relationship with the EU – but with the UK outside the political  structures; or staying a full member on existing terms.

The first option will be on offer from the Conservatives and the Brexit Party; the second two will be the choice on offer if enough parties come together to offer a second referendum on Labour’s terms.

We know at that referendum a number of parties (the Lib Dems, SNP, Plaid, the Greens and several parties in Northern Ireland) will back Remain.

We have to wait for Labour to reveal its hand after the election – but in their manifesto they might come cleaner about any particular demands for special treatment they will make to secure ‘Labour’s deal’.

The second big divide is how we get there – and how plausible the route is. The Brexit Party would renounce the Johnson deal and go for a clean break, no deal Brexit, mitigated if possible by a ‘quick’ free trade agreement.

The Conservatives will ram through Johnson’s deal, leave the EU on 31 January at the latest and then seek to negotiate a new free trade agreement and security cooperation to be in place by December 2020 with no extension of the transition period.

Labour would seek an extension to allow a renegotiation and a referendum; the Lib Dems would simply revoke now. All will claim this means they get Brexit done.

The Conservatives have already made clear that they will trumpet the end of free movement, but also probably not repeat the ‘tens of thousands’ target but major on control via their ‘Australian-style points system’.

They may also dangle the prospect of more regional control – so devolved administrations can depart from the regime in England.

That could help assuage some of the concerns about ending free movement in areas which suffer most acutely from labour shortages.

In 2017 Labour said free movement would end. Their conference appeared to go in the opposite direction and has been attacked by the Conservatives as opening the way to global free movement.

The manifesto seems set to land in between – with a negotiated agreement with the EU and likely again an emphasis on better labour market enforcement.

We know that the SNP are demanding a commitment from any party expecting its support to enable an early independence referendum. The Conservatives will make clear they oppose another referendum.

Interest will focus on what Labour and the Liberal Democrats say, as this could be critical to form a Labour minority government if the Conservatives fail to win a majority. The Liberal Democrats have been pushing themselves as the unionist/remain choice for Scots.

Interesting too will be whether any GB party has anything interesting to say on Northern Ireland, beyond a commitment to restore power sharing as soon as possible.

The SNP have already promised to legislate to prevent the NHS being on the table in trade talks. The vision of the end-state for Brexit means that there is little for Labour or the Remain parties to say, other than point to the benefits of being part of EU trade deals.

But there may be an interesting battle going on in the Conservative Party on what to say on trade: how much to play up the potential advantages of future free trade deals around the world and what commitments to make to stave off fears that that will open the way to lower regulatory standards or a US squeeze on the NHS.

Potentially the most sensitive area in any trade talks will be food and farming. Will the Conservatives promise lower tariffs to benefit consumers or continued protection for farmers? There were a lot of squawks from the National Farmers’ Union about the proposed ‘no deal tariffs’.

The Conservatives will, we assume, stick to the policy of linking farm payments to public goods, which was in the never passed agriculture bill introduced by Michael Gove.

But it will be interesting to see what, if any, guarantees they give on levels of subsidy once the UK leaves the EU’s Common Agricultural Policy (CAP). The 2017 guarantees were ‘to the end of the Parliament’, so have now expired.

The Labour ‘soft Brexit’ option would also see the UK leave the CAP, but spelling out their alternative may not be a priority.

A much more sensitive – and imminent – issue is fishing.

In 2017 the Conservatives did well in Scottish sea fishing seats where the message of taking back control of our waters played well against others implied support for the Common Fisheries Policy.

But a returning Conservative government will be forced to think fish early on. Its one of the issues the EU wants sorted by June 2020, and it may withhold access to the EU market if the UK takes a hard line on UK waters. So it will be interesting to see how far a new government boxes itself in.

This is another potential battleground. Labour will likely focus on the threats that a Conservative government would pose to environmental and social standards, arguing this is why they want the freedom to ‘diverge’.

The Conservatives meanwhile will trumpet their blockbuster environment bill, introduced just before Parliament rose, as showing their commitment to raising environmental standards outside the EU.

Less Brexit-relevant will also be the fight to look ‘greener’ than the other parties over the commitment to net zero, but probably no party will spell out the costs to weigh against the benefits.

More interesting will be to see what other pledges undermine that commitment, for example a pledge to continue the freeze on fuel duty.

In 2017 the Conservatives promised a Shared Prosperity Fund to replace EU structural funds after Brexit. But although we have had more money for new towns, and promises for more spending in the North, the consultation never emerged.

Labour may decide to highlight that the more distant relationship with the EU risks co-operation on security issues. This is a big theme that Labour MP Yvette Cooper has run from the Home Affairs Committee in Parliament.

The Conservatives may talk more about escaping the impacts of the European Convention on Human Rights, and give some idea of how they might use greater freedom to set our own VAT rates outside the EU.