What to watch for on referendum night 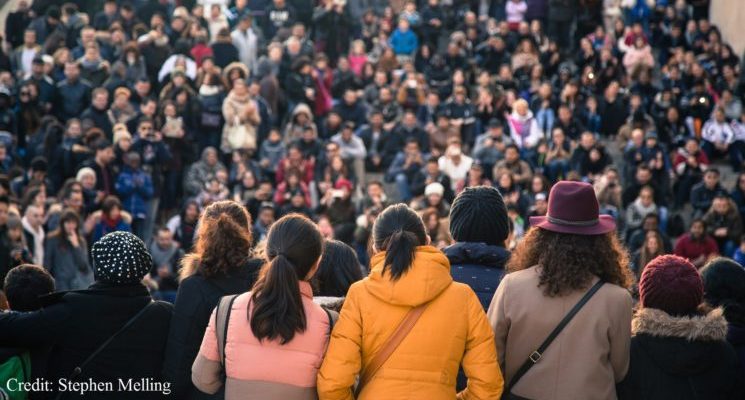 The questions to ask when referendum results start rolling in on Thursday night are: How big is the leader’s lead? How many results have been reported? Results from a dozen or so authorities will leave more than 95 per cent still to come. With so few results, an early lead could quickly be washed out.

Opinion polls sample up to 15 per cent of the country’s parliamentary constituencies, equivalent to more than 50 of the 382 authorities that separately announce their local result. However, to achieve a representative sample of the vote in urban, suburban and rural authorities will require 75 or more results.

Whatever the size of the lead initially given to Remain or Leave, it will be insufficient to be proof against being overcome until several hundred results are in. The best guide to the outcome is the consistency with which declared results show the same side ahead. A pencil and paper can keep a running tally of how consistent the pattern is. Opinion polls forecast that the margin of victory will be narrow. This implies that results will be inconsistent, swinging almost evenly between a lead for remaining and for leaving.

Whether the winner is known Thursday night or as Friday morning dawns, more questions follow.

1) How decisive is the victory?

A majority of one of 20 million votes is enough to claim victory, but hardly enough to settle the debate. The rejection of independence by 55 per cent of voters in the Scottish referendum was insufficient to stifle debate on that issue. Taking upwards of 60 per cent of the vote would enable the winners to brand opponents challenging the outcome as bad losers.

Turnout will also affect the decisiveness of the result. The heat of the campaign has made the EU a big issue, but also left lots of voters confused or turned off by both sides. The closer the turnout comes to that for last year’s general election, 66.2 per cent, the more authoritative the result will appear. If the turnout drops below 50 per cent, the outcome will reflect the views of a minority of the electorate.

Turnout in EU referendums tends to fall midway between a country’s general election turnout and that for the most recent European Parliament election, 35.6 per cent. This implies UK referendum turnout would be 51 per cent. A higher turnout will mean that more independent and undecided electors have decided to cast a ballot. Since they have been divided in their inclinations, the net beneficiary of a higher turnout is unclear.

2) Have a majority of Conservatives voted to leave the EU or remain?

Since the Conservatives won less than three in eight votes at last year’s general election, this is not enough to determine the outcome of the referendum. During the campaign Conservative cabinet ministers reflected the opinions of their supporters: they were divided. If post-election polls confirm that a majority of Conservatives have voted for Brexit, even if this is not decisive for the result it can be decisive for David Cameron remaining as the party’s leader and Prime Minister.

3) Does the outcome reflect a united or disunited United Kingdom?

Surveys in Scotland, Wales and Northern Ireland consistently show majorities in favour of remaining in the European Union. If a majority in England also votes to remain, all four nations will be united. If a narrow English majority votes to leave the EU, the sixth of the referendum vote that comes from Scotland, Wales and Northern Ireland could be enough to keep the United Kingdom in the European Union.

If at least 53 per cent of English voters endorse leaving, this could be enough to give victory to Brexit. It would raise the prospect of the Scottish government calling a second independence referendum that would enable it to seek membership in the European Union. It would also show that the pro-EU inclination of Londoners is unrepresentative of English opinion more broadly.

4) Will the losers consent or will controversy continue?

If there is a vote for Brexit, both British and foreign businesses will have to adapt to the impact in keeping with their particular economic interests. EU institutions will accept an application from the UK government to withdraw and act according to criteria that are determined in Brussels. Cabinet ministers who endorsed Remain would have to accept Brexit to remain in office–but many backbench Tory MPs would demand a new Prime Minister who campaigned for leaving.

If the vote favours remaining in the EU, businesses will relax until they have to focus challenges facing Britain, Europe, and the global economy. David Cameron will have the choice of conciliating or dismissing Brexit ministers, or doing a bit of both. The one group that will not relax are dedicated anti-EU Tory MPs. For them, defeat would be the loss of a battle but not an end to vigilance against perceived EU threats to Britain. The Prime Minister will be put under pressure to deliver on his pledges to reduce the influence of the EU on Britain. However, the EU may adopt policies that expand eurozone and migration powers in a way that appears to affect the UK. If so, Brexiteers will be quick to demand another nationwide vote on Europe under terms of the 2011 EU Referendum Act.