What will happen to the NHS after Brexit? 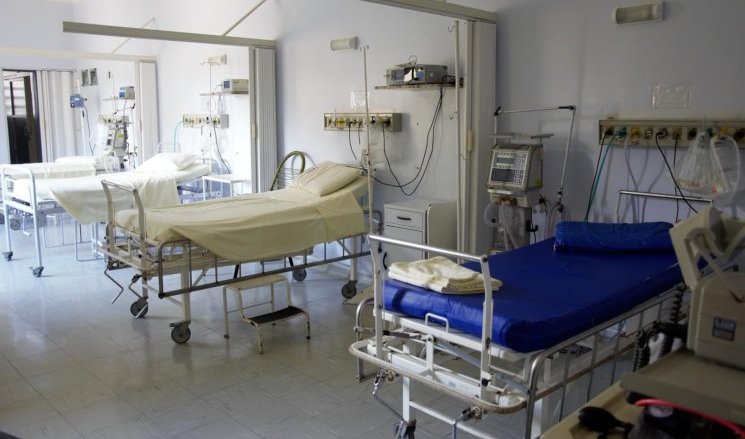 Like it or not, this promises to be a Brexit election. Which makes some sense, given that the nature of Brexit will have a profound impact on the political and economic context within which any future government will have to operate. And, while the way in which Brexit proceeds is clearly crucial, its real impact will be substantive—in the way it changes our politics, our external relations and, of course, our economy.

Assessing the impact of Brexit will, of course, be incredibly difficult, complicated by the blame game that is bound to characterise its aftermath. Remainers will blame all negative economic outcomes on the decision to leave the European Union, Brexiters will look for scapegoats elsewhere. It is for this reason that the think tank I work for, The UK in a Changing Europe, has tried to lay out a series of economic tests to help in the task.

The fate of the National Health Service demonstrates the complexity of impact assessment. As my colleague Swati Dhingra has pointed out, the state of our public services is in part a reflection of the degree of historical investment. In 2010, the coalition pledged to protect the NHS from austerity.

So there is a legacy of under-investment, one that is already placing tremendous strain on the system. The British Red Cross has declared that the NHS is facing a humanitarian crisis. This will get worse rather than better—the government’s current plans imply the first sustained fall in NHS spending as a proportion of GDP in more than 60 years.

In addition, leaving the EU is widely expected to worsen the public finances. The Institute for Fiscal Studies estimates that the effects of Brexit will lead to a budget deficit in 2019-20 that is about £20-40bn higher than it would otherwise have been.

If these forecasts are borne out by events, Brexit will put a further squeeze on the public finances far outweighing any gains from ceasing payments into the EU budget. In addition, we do not yet know what the cost implications might be of, for instance, the UK losing access to the European Health Insurance Card scheme, or what the future holds for medical researchers reliant on EU funding.

The other major concern relates to staffing. Five per cent of NHS staff come from the European Economic Area, as opposed to 6 per cent for the workforce as a whole. But this figure far understates the potential impact of Brexit, since one in four of newly hired nurses are from abroad, at a time when we are training fewer of our own. London, Thames Valley and East of England are particularly reliant on European staff—for example, 20.3 per cent of nurses at the specialist Royal Brompton and Harefield Trust hail from the EU.

The Prime Minister herself has stated that public services would be “weaker” without the contribution of EU nationals, and a British Medical Association survey revealed that four in ten doctors from the EEA are considering leaving post-referendum. We are already witnessing Brexit-related effects. The number of EU nationals registering as nurses in England has dropped by 92 per cent since last June, while under some calculations, there has been a 68 per cent increase in the numbers of EU nurses leaving the service.

These figures may reflect the uncertainty that Brexit has caused about the future status of EEA nationals. There could be other reasons too—the devaluation of the pound has made the UK less appealing from a financial perspective or, on a more emotional level, the UK may appear a less attractive destination. But whatever the reason, this places increased strain on a service that, in some areas, is already struggling to recruit sufficient staff.

On top of this, in a report by the National Institute of Economic and Social Research, Jonathan Portes and Giuseppe Forte have argued that Brexit may reduce overall migration from EU countries by more than 50 per cent and that this in itself will have a downward pressure on GDP per capita and productivity.

And yet perhaps the most important determinant of the fate of the NHS is something about which we know very little. Theresa May has been in power for some nine months and yet her political philosophy remains opaque at best. Yes, she has insisted on the need to create a country that “works for everyone” and has highlighted the plight of those in employment who still struggle to make ends meet. At the same time, the programme of austerity has continued apace under her watch. Early indications are that the manifesto will be short of details.

What the Prime Minister will decide to do with the NHS, particularly if the triple whammy outlined above comes to pass, is far from clear. Ultimately, the fate of our public services lies in the hand of the government of the day. While Brexit may well mean that those decisions are made in a difficult context, it is these that will ultimately count.

By Professor Anand Menon, director of The UK in a Changing Europe. This piece originally featured in Prospect.