What would the Ancient Greeks have made of Brexit? 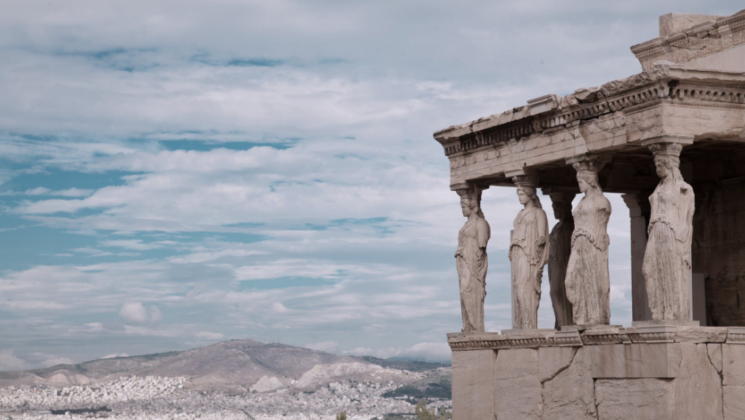 Should there be a Second Referendum, otherwise known as a People’s Vote? Nah, the argument goes, that’s not democratic, it ignores, rejects, demeans the ‘will of the people,’ as expressed in June 2016.

Aaaaargh. I’m a specialist historian of ancient Greece and have recently published a book titled Democracy: A Life, which traces ‘democracy’ from its origins in ancient Greece through to our own day. But I like to tease students – and others – by saying, quite factually, that there was no such thing as ‘ancient Greek democracy’.

One reason for that is that there was no such thing as ‘ancient Greece’: there was no one political entity or country like ‘Greece’ today, but rather there were up to 1,000 separate and strongly self-identified political entities; the ancient Greeks did not call themselves Greeks but ‘Hellenes’; and their ‘nation’ (culturally speaking) was called ‘Hellas’. So strictly, factually, we should speak not of ‘ancient Greek democracy’ but of ‘democracy in ancient Hellas’.

And it was indeed in ancient Hellas that democracy, both the thing and the word, was first invented – and re-invented many times over in many different shapes and forms. It was the Athenians who first gave name and substance to demo-kratia, a portmanteau word meaning ‘people-power’, round about 500 BC(E), but with this important qualification that the ‘people’ (demos) bit of that was deeply ambiguous.

It could mean either the (adult, free, male citizen) people as a whole, or the majority of that citizen body, the poor masses. That ambiguity lay behind its essential contestability. If you were a member of the socioeconomic elite, and not of the demos in the sense of the poor masses, then not only might you not warm to democracy, you might actually fear or hate it, or even attempt actively to subvert and overthrow it – and replace it with a version of oligarchy, rule by the few rich. See further below.

I say all that by way of preamble to make clear, first, that democracy in the ancient Greek world was no simple, stable, uncontested thing. The other main reason for emphasising the peculiarity of democracy in ancient Greece is to bring out its essential difference from modern, post-Enlightenment democracy – any modern, representative, parliamentary democracy.

All of the latter are indirect – the people chooses representatives to rule for and instead of them – whereas all ancient, premodern democracies – and they varied a lot in intensity and institutional definition and functioning – were cases of direct self-rule.

That not incidentally also means that not only is there no direct continuity, but there is also some considerable dissonance between ancient and modern notions and practices of democracy. Correspondingly, the ‘western tradition’ of political thought was in its ancient Greek origins not democratic, indeed it was anti-democratic. Think of some of the greatest ancient Greek minds, who are indeed in several other major ways – logic, mathematics, science – our intellectual ancestors.

Whatever else they were, Plato and his philosopher kings, and Aristotle and his ideal golden mean, were weighted heavily towards the materially superior upper classes and were not democrats. It’s no good therefore saying ‘the ancient Greeks invented democracy, and we are democrats today too’. Chalk and cheese.

Which is one reason, not the least, why one should be very cautious indeed in trying to marry the two kinds of democracy, direct and representative, when actually they might be only as compatible as oil and water. Take, please, the EU referendum of 2016. Direct democracy indeed it was: one voter, one vote, every one counting for one and none for more than one – as is not the case in a normal parliamentary general election.

But to do direct democracy well requires education, education, education: serious discussion from an early age (including of how early should the young be empowered to vote: 16, as in the Scottish referendum of 2014? That crucial matter was barely discussed in Westminster in 2016).

And how the referendum question is posed also matters hugely: a binary question for a massively non-binary issue has been revealed to be the nonsense it always was. And what about that single ‘people’ allegedly speaking with just the one singular voice? Less than 40 per cent of the total potential electorate actually voted ‘No’ in June 2016.

And should not an absolutely fundamental constitutional issue such as ‘Brexit’ require a super-majority? That threshold – 60 per cent minimum – is certainly what was strongly recommended by the European Commission for Democracy through Law (Venice 2006) protocol, to which the UK supposedly signed up.

The Swiss – though they have had full adult suffrage only since 1972 – manage these things much better. Whereas we in this country don’t seem able even to countenance the point made so beautifully in Lord Sumption’s final Reith Lecture this year, that our unwritten constitution is the fruit of a centuries-long process of trial and error, not easily to be maintained and/or reformed without the greatest goodwill and spirit of compromise.

Should there be a Second Referendum/People’s Vote? It’s complicated. On the one hand, in accordance with the direct-democracy nostrums implicit in the very holding of a referendum/plebiscite, of course there should be. When the facts change, as they do almost daily in our type of world, the electorate should be given the chance to revisit and reconsider. That’s entirely and utterly democratic. On the other hand, in a polarised politically tribal world such as our broken parliamentary system has become, extreme caution might well be exercised.

An ancient Athenian democrat would of course be in no doubt. But then he would have been educated under a system of direct democracy to believe that that was just how democracy should and, of course, could be done.