Whatever the sequence of talks, we’ll be writing a cheque before we sign a trade deal 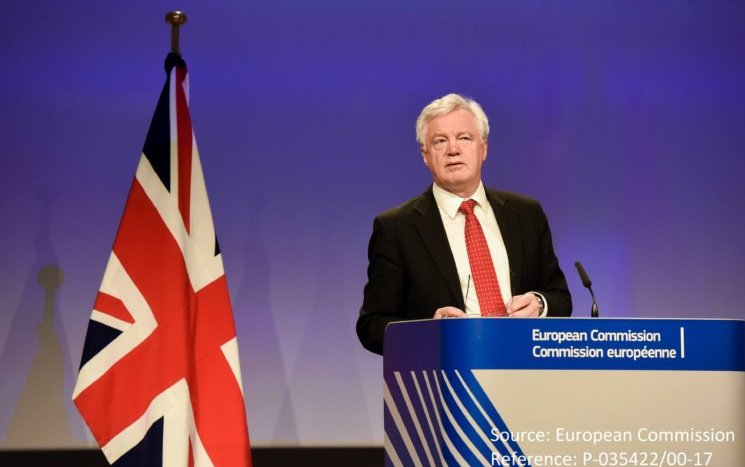 Remember when, back in May, David Davis claimed that the timetable for the Brexit negotiations would be the “row of the summer”? He wanted to discuss future trading arrangements with the EU straight away. However, his counterpart could not. Michel Barnier’s negotiating mandate simply didn’t allow it, until the EU27 agreed that “sufficient progress” had been made on the ‘Article 50 issues’ tying up the loose ends of membership.

In the event, it wasn’t the row of the summer. Indeed, it wasn’t much of a row at all. The UK conceded Barnier’s point. Ironically, however, it has become the row of the autumn. Theresa May believes the EU should declare that “sufficient progress” has been made and we should move on to discussing our future “deep and special partnership.” The EU27 disagree. In Brussels this week, they will doubtless welcome the prime minister’s warm words, but insist they must be backed up with detailed proposals, especially on the financial settlement.

Looking beyond the posturing – “the ball is in your court” “No, it’s in yours” – it’s relatively easy to chart a face-saving way through. Sometime in the next few months the UK will claim it has secured the opening of talks about trade, without making any binding legal commitment on money, while the EU27 will claim that they have secured an agreement in principle on the divorce prior to talking trade.

All of which is fine and dandy, but, ultimately somewhat beside the point. At heart, what is at stake is not the sequencing of the talks on money and the future trading relationship. The critical question is whether, ultimately, one is conditional on the other. If, as many argue, the financial settlement is the UK’s best card to secure a future trade deal, then it obviously makes sense for it not to make any final commitment on the former without one on the latter. Hence the urgency in London to get talks started as soon as possible.

But this “logic” is predicated on a fallacy. Article 50 means that the UK leaves the EU on March 29, 2019. So the Withdrawal Agreement – effectively a new treaty – needs to be signed by then. It will cover the Article 50 issues, and will be legally binding on all sides.

To use the contents of the Withdrawal Agreement (incorporating the financial settlement) as leverage in talks over a trade deal, the two need to be signed in parallel. This, however, simply will not happen. We will not have a trade deal signed, ready to sign, or even agreed in broad terms by then.

For one thing, negotiating the government’s desired “implementation phase” (which is, of course, nothing of the kind as there will be no trade deal to implement) will take time, not least as the legal and practical issues involved are fiendishly complicated. For another, modern trade deals themselves are incredibly complex, and negotiating them, even if we start from a position of regulatory convergence, will take time. And remember the prime minister doesn’t want just any old trade deal, but a “deep and special” one. Optimists in Whitehall think that, by March 2019, we may – may – have broad principles, heads of agreement, and if things go really well, a reasonably clear roadmap to a final deal.

So far so disappointing. Whatever the sequence of the talks, money will have to be resolved before trade is agreed. And even an agreement in principle on trade means very little in practice. As the salutary tale of the Canada-EU Trade Agreement shows, it cannot bind the EU to ensuring that there will be an actual deal signed, ratified and implemented by any particular date, still less on its precise content. It will also have to be signed off by member states, most likely by unanimity in council, by the European Parliament and then by their national and regional parliaments.

Once the UK is fully outside the EU but legally, politically, and morally committed by the Withdrawal Agreement whatever bargaining power we might have derived from our offer of money would have vanished. And there are all sorts of reasons why a genuinely “deep and comprehensive” UK-EU deal, while being hugely beneficial to the E27 overall, will also be very politically controversial, on issues ranging from fish to financial services.

Remember, the political mood in much of the continent is hostile to free trade, and while we have a particular allergy to the ECJ as an enforcement mechanism, the TTIP negotiations with the US illustrated that other states like Germany are inherently distrustful of legal mechanisms apart from the EU’s court. Getting any deal ratified will be far from straightforward.

So, regardless of the precise sequencing between now and March 2019, we will be “writing a cheque” (or, more likely, an ongoing series of cheques) – that is, signing a legally binding agreement to pay the “exit bill”, before a trade deal is signed. This isn’t because the EU is being difficult or obstructionist. It simply reflects the timetable laid down in the Treaty under Article 50.

None of this means that the current row doesn’t matter, or that we don’t have negotiating leverage. The clear desire of Michel Barnier to talk about the terms of a “transition period”, as proposed by the prime minister in her Florence speech, show that there is potentially a deal to be done on that. And money will be an important lever in those discussions. But ultimately, the strategy of using money as a negotiating card for a permanent trade deal is doomed before it starts. And, of course, the trade deal is what really matters. Fail with that, and transition is merely a way of delaying, not avoiding, the fabled cliff edge

The political implications of this are obvious. At some point the government will need to confront Parliament and the public with reality. This is likely to be the row of 2018…

By Anand Menon and Jonathan Portes, The UK in a Changing Europe. This piece originally featured in The Times Red Box.