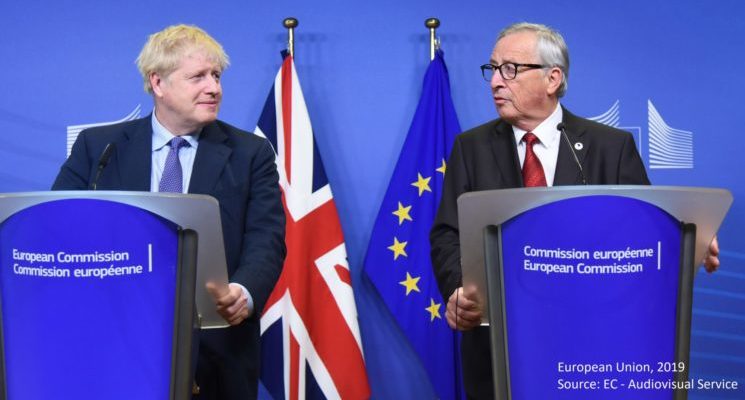 Alex Ferguson, manager of a (then) successful football club, used to call it ‘squeaky bum’ time. Those final moments when players, weary with fatigue and filled with uncertainty, make big calls and big mistakes on fine margins. Moments that despite the big picture come down, above all, to individual judgment.

Most MPs have already made up their minds and will vote their party line: Conservatives for the deal; Labour, Lib Dems, Scottish and Welsh Nationalists against.  But even they need to think through the political, economic and constitutional consequences of what they are about to do.

But Brexit has seen party discipline fray like over no other issue. An unprecedented number of MPs have stood out against their party: some have resigned office and been suspended from their party; others have left to sit as independents; others have crossed the floor to join another party.

The fate of  Johnson’s deal (for now) depends on the decisions of Brexiter hardliners, who rejected May’s deal three times; on the anti-no deal Tory rebels he expelled from the party and Labour leavers. So, as they make up their minds tomorrow what do they need to bear in mind.

First, there clearly are a lot of people who see ‘getting Brexit done’ as an end in itself. Lord only knows what Sir Alex would have made of the 6 months of extra time we’ve endured since the original Brexit deadline of 29 March.

It is perfectly legitimate for MPs to be concerned that not implementing the outcome of the 2016 referendum would provoke not only anger (as far as we’re concerned, threats of civil unrest are overblown, and politics should not be about being moved by such threats) but potentially deep disillusionment with democratic politics.

But is just as possible to make the case that no one had the chance to vote for this form of Brexit – either in GB or Northern Ireland – and to ram it through, possibly by the narrowest of margins, is not the way to set the course for the UK’s long-term future.

And, of course, voting for this deal only starts to end phase one: the important decisions on the UK’s long-term relationship are still to come.  But some may share the DUP’s view that this week’s agreement puts the union at risk.

That is where the economics come in.  We don’t know for sure what kind of trade deal the Government will negotiate with the EU, and any economic modelling comes with big health warnings.

But before considering how to vote, MPs need to at least consider what we know. And what we know is that the Boris Johnson approach to Brexit indicates a desire for a significantly looser relationship with the EU even than that implied by Mrs May’s deal.

And looser means more friction and hence greater impediments to trade with the EU which will be hard to compensate through new trade deals. Our recent economic analysis  shows that either of these sorts of deal reduce economic growth compared to staying in the EU – Mr Johnson’s by signficnatly more than Mrs May’s.

None of that is set in stone in tomorrow’s vote. But those who want the UK to stay in a close relationship with the EU need to think whether the best route is through Johnson’s exit deal – which avoids no deal – or through rejecting it.

That turns on the political fallout from the vote. Tory MPs thinking of voting against the deal now will have to think about what happens if the deal goes down.  Their only chance of a softer Brexit than the PM is offering now will be for Johnson to fail to win a majority at a next election – but they may also be opening the door to a Corbyn government.

For Labour MPs keen to deliver Brexit, the dilemma is whether they want to do so enough to give Boris Johnson a huge electoral boost on the eve of a poll. That means the longer-term Brexit deal is likely to be nearer his vision of a UK charting a very different course form the EU.  But it means they can put Brexit behind them when they fight the election.

And finally, of course, MPs would not be human if they were not considering what the impact of the next few days will be on their own careers. Some among the independent Tories are keen to regain the Party whip to open the way back for them to stand as official candidates at the next election. Others on both sides are standing down, and hence less vulnerable to pressure from the whips.

And so difficult trade-offs awaits. Context, consequences and career will need to be weighed. The respective merits of political and economic arguments considered. Of course you may disagree with what MPs finally decided to do. But don’t for a moment imagine that their decision was an easy one.