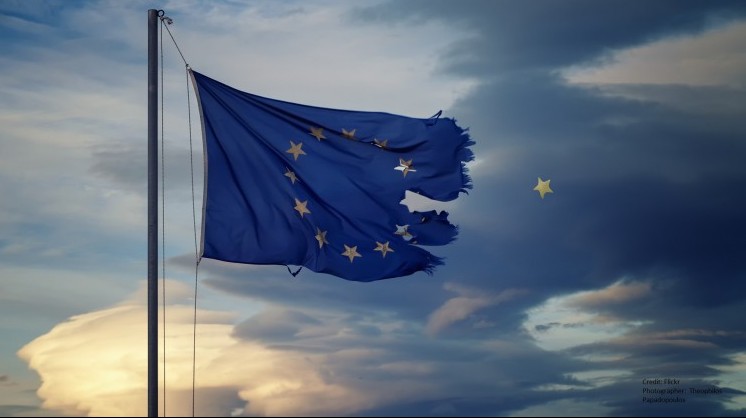 Preparations have long been underway for the European Council meeting of 28-29 June 2018. The agenda has been published, the final communiqué may or may not have been pre-drafted and leaked, and the news cycle is ramping up.

If the EU is to emerge from the meeting with even a shred of credibility, it will above all have to own its shameful failure to meet the ongoing challenge of human migration to EU countries.

That will involve devising an approach that is strategic, shared and sustainable beyond the planned discussion of the EU’s busted common asylum policy.  Other matters seem just as pressing, including the governance of the eurozone and of the EU’s budget.

Brexit discussions will also feature, but low down the priority list.  The stakes for the meeting are thus sky-high, the promises of summitry are invariably overblown, and the chances of meaningful success are slender.

The purpose of the meetings is to take decisions of a strategic nature that are deemed to require a collective, EU stamp of highest-order executive authority to lend credibility and assist implementation.  Summits are the stock-in-trade of contemporary diplomacy the world over and it is easy to forget that EU summits have not always existed.

In the early days, EU member states did not consider themselves to be doing diplomacy. Diplomacy was the affair of states, the argument went, and the EU was not a state. The EU in 2018 is still not a state, yet EU summits look, feel and behave like the real thing.
Over the years of its existence the EU has given itself more and more to do, much of it overlapping with the national sovereignties, and EU summit diplomacy is one of the results of this inflationary tendency.

The summit of 28-29 June 2018 will be no exception to the rules of summitry.  Sherpas have been labouring for weeks to ensure that their respective leaders reach the summit itself at the designated time, in good shape, and ready to plant their national flag on the closing conclusions.

Charm offensives and pre-summit tours to favoured friends and would-be allies have been all but completed; German Chancellor Angela Merkel’s overtures to those countries most directly affected by irregular migration come to mind (Italy and Greece amongst others); as does French President Emmanuel Macron’s intense lobbying of Angela Merkel in a bid to secure support for his ambitions for EU-level fiscal sovereignty.

For the UK Secretary of State for Northern Ireland, Karen Bradley, has sought only this week, in person, to soften up the EU’s categorical opposition to the restoration of any form of border (or other barrier) between Northern Ireland and the Republic of Ireland.

True to the permissive elasticity of EU thinking about its own institutions, there will in Brussels this Thursday and Friday be the summit proper; a summit within a summit (the Euro Summit to discuss Eurozone matters); and a non-summit when the EU27 will retire to ‘address Brexit’.

Such is the intractable nature of the issues at the top of the summit agenda that Brexit is unlikely to get much of an airing, despite initial high hopes on both sides that this June encounter would be decisive for the Brexit negotiations.

The UK government had been expected to publish a White Paper that would outline a ‘blueprint’ for the UK-EU relationship for discussion at the summit.  Instead, the UK government, divided at its core over the meaning of Brexit, is in early July to retreat to the Prime Minister’s official place in the country, Chequers, to cover that ground.

Voices in both the UK and in the EU calling for the UK to define its proposed post-Brexit relationship with the EU are gathering momentum, and both sides can at least agree that progress is vital.

There was no plan for this relationship at the time of the UK referendum in 2016 and two years later, even the contours of what should be visionary, strategic thinking are still hard to discern. This state of affairs is likely to render the summit a footnote in the story of the Article 50 negotiation.

Expectations of the summit more generally could well be part of the credibility problem that the EU faces in whichever direction it looks from the peak of the European Council.

Summit diplomacy is highly scripted and coded, and departures from the norm are avoided at all costs for fear of destabilizing the international order. The aim is to project images of power and solidarity that by and large are gendered, for example in their adoption of hyper-masculine norms of confidence, certainty and capacity.

Summits proceed by set pieces (such as the ‘family photo’ before departure) and are an integral part of the contemporary international news cycle. Summits convey politics as a hyper-personalised process, which literally places individual leaders on a pedestal.

Summits, in other words, are constructed to convey business as usual, and in doing so to reassure and pacify those who depend on their success.

Yet in the EU as wider afield, we are not experiencing business as usual. Within the EU, the family photo will include leaders who back at home are actively undermining the shared European values they signed up to on joining the EU.

The UK’s imminent departure from the EU is signaling that nothing is sacrosanct, no matter how thick the legal, social, cultural and economic ties, or how close the historical relations.

The EU summit, whatever the communiqué says, will be but a minute step in the process of shoring up the EU’s liberal diplomatic order.  Whether it goes well or badly on its own terms, an EU summit can only ever be as successful as its own limitations.

By Professor Helen Drake, research leader for The UK in a Changing Europe. This piece originally featured in Huffington post.