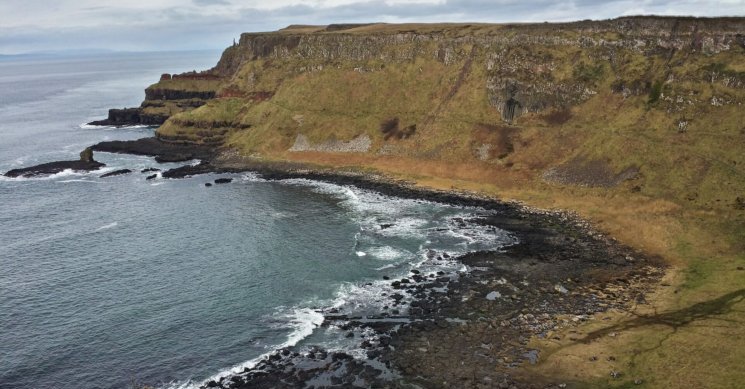 Northern Ireland’s two main political parties came close to reaching an agreement to re-establish a power-sharing government in Northern Ireland. But they couldn’t get the deal over the line, with the result that Northern Ireland is enjoying a novel form of stability – the smooth continuation of non-governance.

The full text of the ‘draft agreement’ between the Democratic Unionist Party (DUP) and Sinn Féin was leaked and published online. An initial glance across these 13 pages makes one thing clear: the majority of the text was agreed – across a range of contentious issues – and only a few sections [the bits in square brackets] were still to be finalised by the negotiators.

The deal ultimately broke down over the issue of a ‘standalone’ Irish Language Act, but the agreed text over several pages of the ‘draft agreement’ suggests that much compromise on the detail over Irish language legislation, as well as legislation covering Ulster Scots and other languages, and diversity, had already actually been achieved by the negotiators.

The final sticking point appears to have been one of presentation, not fundamental substance, and many commentators are highlighting the DUP’s last-minute difficulties in selling any pro-Irish language compromise to its grassroots supporters.

Another critical part of the ‘draft agreement’, and one that has attracted much less attention than the language issue, relates to Brexit:

The Parties appreciate the multiplicity of challenges that the new Executive will face over the course of the Assembly term. However, the Parties are agreed that the incoming Executive’s two main priorities will be Health and particularly the implementation of the Bengoa reforms, and dealing with the impact of Brexit. (emphasis added)

The fact that this paragraph was in square brackets and hence still to be finalised by the negotiators begs the question: what was the nature of the sticking point in this particular paragraph? Was it a practical reluctance to limit any incoming Executive to only “two main priorities”? Or was it a reluctance to concede that the “impact of Brexit” on Northern Ireland would be consequential enough to warrant so much Executive attention?

Just as the two parties found it difficult to agree on a compromise on Irish language legislation, so too does it seem that they found it difficult to agree on the relative importance of Brexit, let alone a shared position on the issue. Elsewhere in the text, there is a commitment to the establishment of an Executive Sub-Committee on Brexit, and for Brexit-related issues to fall under the remit of Junior Ministers. But these are secondary matters. When it comes to the biggest single issue facing Northern Ireland – and these islands – the lack of an agreed plan on Brexit is surely a glaring omission.

The gulf in the DUP and Sinn Féin positions on Brexit may well reduce their strategic interests in quickly restoring a devolved power-sharing government, especially in a broader context of constitutional upheaval. But the UK government also has incentives to prevaricate, and delay the moment that it may have to introduce fully fledged direct rule of Northern Ireland from London.

First, it already has a lot on its plate. As Brexit dominates the agenda at Parliament, it’s easy to see why the assumption of extra responsibilities would be particularly unappealing. Second, also pertaining to the immediate context of Brexit, London cannot afford to antagonise Dublin.

If the Irish government thinks the UK government is abandoning its commitments under the Good Friday Agreement, in letter or in spirit, it won’t sit quietly in the background and pretend it didn’t notice.

Third, if the UK government does implement some form of direct rule from Westminster, either with or without an input from the Irish government, there is no telling just how long it would take to mend the broken pieces of devolution back together again.

The upshot is a lack to clarity regarding what happens next in terms of how Northern Ireland is to be governed.

“We can only surmise from the meeting with the British prime minister that the government does not have a plan,” warned Mary Lou McDonald, the newly installed president of Sinn Féin. “Any political vacuum is extremely dangerous,” she added.

In the House of Commons the Secretary of State for Northern Ireland, Karen Bradley, herself admitted that, “Things in Northern Ireland cannot simply remain in a state of limbo. Challenging decisions will have to be taken.” So far, however, she has refused calls from the Democratic Unionist Party to implement direct rule from Westminster.

Pointing to commitments made in the St Andrews Agreement of 2006, Sinn Féin would like to see interim decisions taken by an intergovernmental conference involving both the British and Irish governments. Its calls have been echoed by its main nationalist rival, the Social Democratic and Labour Party, and the Irish government is known to be sympathetic.

To unionists, however, this kind of ‘joint authority’ would be unacceptable. It would be seen as ‘interference’ in the sovereign affairs of the United Kingdom. At Westminster, the Democratic Unionist Party has a strong influence over Theresa May’s minority government.

That’s why the party’s deputy leader, Nigel Dodds, told Robert Peston that he “confidently expects” for the UK government to set a budget for Northern Ireland within the next two weeks – with no mention of any role for the Irish government.

So with the inability of the DUP and Sinn Fein to sign-off on a deal to reactivate the executive, anarchic defeat seems to have been snatched from the jaws of governance victory. When will talks between DUP and Sinn Fein resume?

And what are the chances of the two parties re-establishing the power-sharing executive? According to Nigel Dodds “difficult to say” and “highly unlikley” are the respective answers to these two questions.