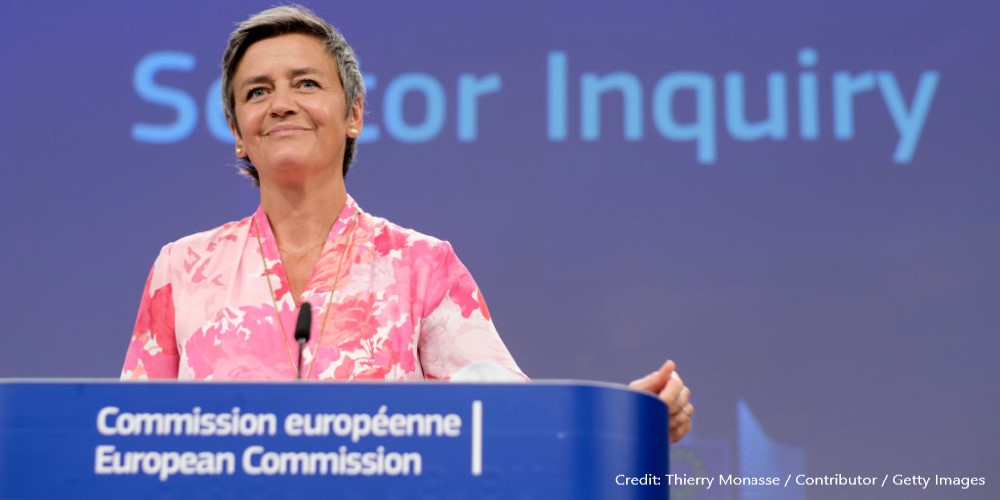 Policy on state aid seems to be the main sticking point in the current UK-EU negotiations. The EU is anxious that there should be a ‘level playing field’ in the economic relationship; the UK government declares that a central motivation for Brexit was to allow the UK to determine its own economic policies.

The EU is arguably too concerned about some level playing field issues.

Within the single market, the EU needs different member states to have common policies on a wide range of issues, but there’s a case to be made that countries outside the single market should be free to choose for their own good reasons to have, for example, different social and environmental policies (so long as the reasons are ‘good’).

But state aid policy is different. What little is being revealed about current UK government thinking focuses on government support for high-technology sectors to give UK producers a commercial advantage. Since the very objective of UK policy is apparently to tilt the playing field, it’s hard to criticise the EU for having concerns.

The rationale for international agreements on state aid policies is that it discourages negative-sum games between governments which, like the current UK government, see incentives to support so-called ‘strategic’ industries.

In sectors where the market will sustain only one or two major players globally, one government’s support of a national champion might ensure that it is a contender whereas without that support it would not be a credible player. Countries that win this contest will enjoy the profits and high-wage employment of strategic sectors.

But if all governments seek to support national champions, the resulting subsidy war typically results in poor outcomes for all concerned, except the owners of the contested industries whose profits benefit from the competing national subsidies.

The existence of strategic sectors looks at first sight like a case for government subsidy, but shows the need for ‘disarmament treaties’ in the form of state aid agreements to head off mutually harmful subsidy wars.

Against this background, the government’s brief statement on state aid is revealing, stating ‘The UK will follow WTO subsidy rules after the end of the transition period’.

There will be a consultation ‘in the coming months’ about a ‘UK-wide subsidy control regime’, but by implication that’s going to be after the UK-EU negotiations have concluded and after the UK has exited from the transition period.

In these negotiations, the EU’s initial position was that the UK should effectively remain within the EU state aid regime. The UK’s long-delayed response is that it will be subject only to the rules of the WTO,  so it doesn’t want state aid to be part of a UK-EU free trade agreement.

Will the EU sign a comprehensive zero-tariff free trade agreement with its closest neighbour when that neighbour is unwilling to make any commitment about state aid policies? There’s history here, which suggests the EU’s stance is neither new nor specifically aimed at punishing the UK.

The ‘pre-accession’ negotiations of the 1990s between the EU and the countries of central and eastern Europe were conducted in a positive political climate on both sides, but the EU nevertheless took a pretty demanding position on level playing field issues.

There’s a striking statement in the European Commission’s 1995 pre-accession paper: ‘once satisfactory implementation of competition and state aids policies (by the associated countries) has been achieved, together with the wider application of other parts of Community law linked to the wider market, the Union could decide to reduce progressively the application of commercial defence instruments for industrial products from the countries concerned”.

This statement is not just of historic interest as testimony to the EU’s unbending attitude to level playing field issues, it also points to the specific problems that are likely to arise from the UK’s announced unwillingness to put state aid policies into the UK-EU trade negotiations.

The EU’s stance may well be that since the UK is unwilling to offer anything on state aid – the highest priority level playing field issue – there’s no possibility of agreeing a zero-tariff free trade agreement.

All this is straightforward enough legally – it is the position that currently applies between the EU and the US – although potentially damaging to the current economic relationship between the UK and the EU.

However, once again, there is nothing straightforward about the implications for the two Irish borders.

If there are tariffs between the UK and the EU, the Withdrawal Agreement ratified by the UK in January 2020 then requires a full customs border between Northern Ireland and Great Britain, with tariffs being applied in both directions.

The provisions of the Internal Market Bill do not seem to override the Withdrawal Agreement in this respect. And crucially, even if the EU were to agree a zero-tariff free trade agreement with the UK with no special provisions on state aid beyond WTO rules, those rules are policed by ‘commercial defence instruments’.

When one country believes another is giving unfair government subsidies to a domestic producer, it can respond with ‘countervailing duties’, i.e. tariffs on goods that might have nothing to do with the subsidised sector. The US has responded to what it sees as unfair subsidies to Airbus with higher tariffs on Scotch whisky, among other products.

And once the EU imposes countervailing tariffs on UK goods, the Withdrawal Agreement requires these tariffs to be collected at the GB-NI border, and again the Internal Market Bill does not seem to override this.

Meanwhile, the UK could leave exports from NI to GB ‘unfettered’ only by forgoing its reciprocal right to impose countervailing duties against perceived ‘unfair’ EU subsidies.

In other words, the UK’s proposals for a free-trade agreement, even if accepted in full by the EU, would leave it open to the EU to impose tariffs on goods flowing between GB and NI – across the board and at any time – because it didn’t like the UK’s state aid policies.

In short, while the Internal Market Bill proposes highly controversial measures to allow ‘unfettered’ exports from NI to GB and to address the effects of UK state aid in NI, the UK policy on post-Brexit state aid raises even wider difficulties, whether or not a UK-EU free trade agreement is reached.

The Withdrawal Agreement was agreed to ensure that under no circumstances could this border be the border between NI and the Irish Republic, so unless the UK is prepared for an even wider repudiation of the treaty obligations in the Withdrawal Agreement, its state aid policies seem one way or another to require a very visible border in the Irish Sea.