What’s the state of the EU referendum campaign? 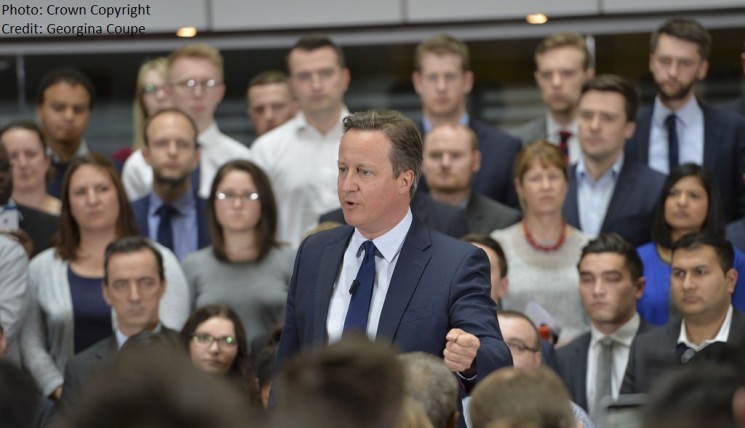 The starting point for understanding how things are has be some sense of how we got here in the first place. In that sense, Leave clearly have had the better positioning for the referendum. Indeed, the very fact that we are having a referendum points to the success of eurosceptics in effecting change in public policy: it has been the strong pressure from Tory backbenches that has made this happen, not some moment of enlightenment from the government.

Leave have been able to draw on the deep well of the euroscepticism that has operated in the UK over the past two decades, both in terms of arguments and people. The former have been honed to within an inch of their lives over a very long period where sceptics faced a much less sympathetic public, while the latter means that the only mass mobilisation currently in operation sits under Leave.EU, a group that – by itself – has twice as many Twitter followers as all the organised Remain groups put together. Of course, the position of challenger is always better in this, since the capacity to find fault will always outsize the capacity to propose resolution of those faults.

By contrast, Remain has suffered from the historical unwillingness of successive governments, and other actors, to make a case for membership. Instead, it has been framed simply as ‘something we do’, rather than something worth doing. Perhaps tellingly, the UCL event matched the public debate in that no one really talks about Cameron’s European Council ‘settlement’ as actually achieving anything of substance, but only as a device to allow Cameron and most of his front bench to get around a push for Remain.

So far, the campaign has been kept relatively clean. The research we’ve been doing (here, here and here) on social media suggests that a clear majority of tweets are positively framed, either about the arguments or about the groups. Moreover, tweets about positive arguments seem to be consistently more likely to get retweeted or favourited than negative ones, suggesting that they have more traction with followers.

However, this is clearly very fragile. As this past week’s brouhaha about the British Chamber of Commerce and then Boris Johnson’s office has shown, any slip or mistake will be pounced upon with delight and glee by the other side: telling too that much of the negative campaigning so far has been about trying to push the other side down into the mud. It doesn’t require much to envisage a situation where the dominant tone can become much more negative and critical.

Both sides face big challenges at this point.

Remain still have to find their feet, with their arguments and with their personnel. This is particularly true with regard to the roles of both Conservative and Labour figures. The former are mainly entangled in a pre-leadership contest, with Cameron having to balance how prominent he might be (he’s a key person for influencing the undecided) with risking making this a vote on his popularity. Meanwhile, Labour is hamstrung by Jeremy Corbyn’s deep ambivalence about remaining, which in turn severely weakens the party’s capacity to speak to a substantial part of the population that neither side is really reaching yet: as Ayesha Harazika pointed out, the campaigns are very ‘broadsheet’ and very London-centric.

Leave might have better lines, but they are being punished from lacking a clear alternative to EU membership. Remain has already made much of this and will continue to do. Sunder Katwala, the fourth panellist, argued strongly that while Leave might find it painful to build a consensus on such an alternative, if they did so and where then able to win the vote, they would have an extremely strong mandate to then go back to the EU for Art.50 negotiations, and to carry the UK into a new relationship.

Unless and until the referendum really catches the public imagination, it would be foolish to make any predictions about how it will turn out, if only because the debate remains very exposed to contingent events (whether that’s the Turkey deal, or the intervention of another celebrity). However, we might be more confident about what comes after the vote itself.

As things stand, this referendum looks very unlikely to resolve the underlying issues around British policy towards the EU and the world at large. I’ve written about this not so long ago, but in this context two points stand out.

Firstly, most of what debate there has been so far has been about process rather than substance. Moreover, that process discussion has effectively been about getting one’s excuses in early. Hence the arguments about the question, the franchise, the funding, whether anyone’s leaning on anyone else to speak up or to shut up. The most certain outcome of the referendum is that someone will claim it wasn’t fair: the only question is how widespread that view is.

Secondly, we still lack the deep public debate that might actually produce a longer-term stable outcome. As much as Leave lack an alternative to membership, so too Remain lack a vision of how to make membership work better. Both sides frame their arguments very much in terms of the British debate, with very little consideration for the European debate, or even the UK-EU relationship: this doesn’t bode well, especially in the context of an EU that will probably continue to be disrupted by crises and encouraged to strengthen its capacities in response.

Of course, as the Scottish referendum highlighted, even if you do get a great public debate, that doesn’t solve matters. However, it does at least engage people in thinking about what they want to work towards.

As one member of the audience put it, why are there only two options on the ballot paper?

Written by Dr Simon Usherwood, senior fellow at the UK in a Changing Europe. This piece was originally published in the Department of Politics at the university of Surrey.