Where is UK labour migration policy heading after Brexit? 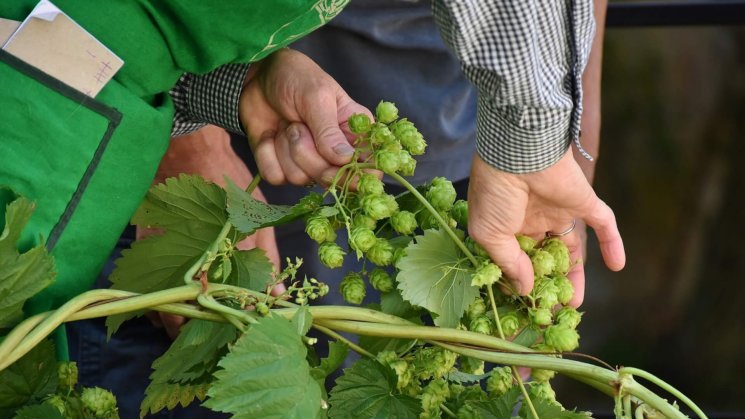 Free movement has been the largest labour migration route to the UK over the past 15 years. The government has long been saying that free movement will end after Brexit and be replaced by something else – but until December we knew very little about what new system it had in mind.

Now that the long-awaited plans were finally published, what can we say about where the system is heading after Brexit? What questions remain unanswered?

A lot more labour migration will be strictly temporary

Perhaps the most radical proposal in the White Paper is the introduction of strict limits on the duration of migrant workers’ stays in the UK.

Many EU citizens have taken advantage of free movement to make short-term trips to the UK, but they have also had the right to settle long term if they choose – around half of EU-born migrants living in the UK in 2017 had been here for at least a decade.

The proposed new system would require all EU citizens coming to the UK for work or study to have authorisation. Some people would be able to settle permanently, but only if they meet the necessary income thresholds for family or work visas.

The White Paper doesn’t say exactly what the minimum salary for work visas will be and whether it will be the same as the £30,000 threshold that currently faces non-EU citizens, instead proposing a consultation and implying that there could be lower thresholds for some people.

People who don’t meet the relevant income threshold would still be able to come to the UK to work—but only for one to two years (one year for those taking up a new short-term work visa, two years for young people participating in an expanded Youth Mobility Scheme).

The short-term work route is presented as a transitional measure that may be phased out after some time, although the White Paper is unspecific about whether and when this would most likely happen.

If the short-term migration route becomes a long-term feature of UK immigration policy, however, this will have important implications – as the Migration Observatory points out in a recent report.

On one hand, proponents of strictly temporary migration see it as a way for the government to satisfy employer demand for workers without adding to the long-term growth of the migrant population and without taking responsibility for workers’ long-term prospects for integration.

Temporary migration schemes that do not allow dependants may have lower fiscal costs because education of children is a significant factor affecting the fiscal impact of migration.

However, strictly temporary migration also has costs, mostly related to the fact that migrants are not expected to integrate. Making migrants go home after a short period would be expected to shift the composition of the migrant population, so that at any one point in time a higher share of migrants living here would be recent arrivals.

New arrivals have fewer of the skills and knowledge that are acquired over time within the country—such as language ability, country-specific work experience and understanding day-to-day practicalities such as how to register with a GP.

Relying on a rotating pool of temporary workers implies higher ‘churn’ within the communities where migrants live. Practitioners in local government often point to negative impacts of churn on communities and the capacity to deliver local public services.

Higher turnover implies costs for employers taking on new migrant recruits, and reduced incentives to invest in training them if they have only a short time horizon over which to recoup their investment. So there are certainly trade-offs involved in taking this approach.

Around the world, the traditional way of regulating labour migration is to require employers to sponsor workers, as they must currently do if they want to hire a non-EU citizen.

This enables the government to regulate the kind of work migrants are doing – for example, to channel workers towards specific types of jobs (say, in agriculture or social care), or to make employers pay more than the minimum wage.

But employer sponsorship brings drawbacks too. It is more bureaucratic for employers and for the government, who must respectively submit and process applications, and monitor compliance with specific programme regulations.

And there is some evidence that tying workers to their employers makes them more vulnerable to lower pay and exploitation.

One interesting feature of the government’s immigration plan is that it studiously avoids giving employers in lower-paid jobs the administrative duties—and also the power over their workers—that comes with sponsorship.

Workers on short-term visas will lack rights that they have under free movement, such as the ability to bring family members and access benefits, but they will retain the ability to switch between employers without requiring permission.

The White Paper lays out the basic architecture of a new work migration system, but what this will actually mean for prospective migrants, employers, and the role of immigration in the labour market after Brexit will depend on decisions yet to be laid out.

The proposals don’t specify, for example, which nationalities will be eligible for the short-term worker route. The White Paper only says that it will be limited to ‘certain low-risk’ nationalities. This could have a big impact on the size of the scheme and its importance in the UK labour market.

We don’t know how proposed ‘cooling off’ periods will operate – the amount of time a short-term work route visa holder has to spend out of the country before they can come back. Cooling off periods may prove controversial in practice.

For example, a skilled worker coming on the short-term work route who gets a job offer that qualifies for a long-term visa may not be allowed to take it up. Someone who gets married to a UK citizen could in theory still be required to return home.

The White Paper hints at plans to do things differently for particular groups of workers – including researchers, entrepreneurs, creative industry workers and sportspeople, and the self-employed – but there is no detail on the specifics.

We also know little about what will happen in agriculture. In theory, agricultural workers could probably qualify for the short-term work route and thus don’t need their own scheme.

Agricultural employers have been lobbying for some time for an agricultural worker programme open to non-EU citizens that ties people to agricultural work (which the short-term work route would not), because of their difficulties retaining staff.

But the White Paper is decidedly lukewarm on the issue, saying that it has not yet decided whether to roll out a current pilot scheme more widely and implying that even if it does it may not do so permanently.

There’s a lot of space to be watched.