Where next for a divided kingdom? 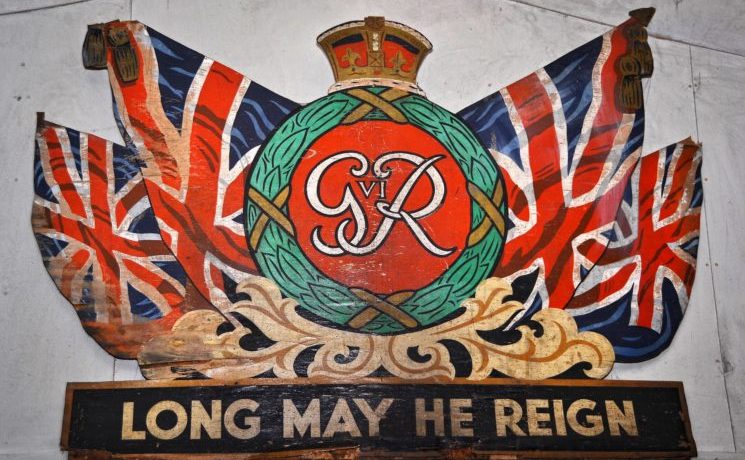 The outcome of the referendum has left the UK deeply divided, by age, class, education and territory. These divisions are not new but reflect emerging social cleavages as the old divides of the industrial age disappear. They will shape the response of the political class to the unexpected result.

Both sides in the referendum debate sought to reconcile three conflicting imperatives: economic security; control of migration; and sovereignty. Yet in so far as economic security is linked to membership of the single market, it requires free movement of labour, one of the main targets of the Leave campaign. David Cameron’s Brussels agreement of February would, most observers thought, have made little difference to the movement of European workers.

Being in the single market also implies accepting qualified majority voting, as Margaret Thatcher accepted in the 1980s, and thus losing or sharing sovereignty. During the campaign, neither side was able to answer these questions. Michael Gove, for Leave, evoked a non-existent free trade zone from Iceland to Turkey, while David Cameron equivocated on whether free movement could be controlled at all. The Leave side’s slogan of Take Back Control simply sidestepped the meaning of control and sovereignty in the modern world.

A striking feature of the campaign was that the Leave side had no plan at all for the aftermath and no agreed alternative to EU membership. It is now clear that there are three quite distinct, and irreconcilable tendencies within Leave.

One, the Europeans, favours continued membership of the European single market but without the political union. The easiest of these in the Norwegian option, through the European Economic Area. This allows full market access (except in agriculture and fisheries) but entails accepting the free market rules, without a vote in their making. Switzerland has a similar, but more complex arrangement that produces essentially the same result, except that it excludes financial services. It has been pointed out many times that this is a bad deal, but Norwegians and Swiss now accept it as a political compromise. Some politicians in the UK suggest that this could be combined with restrictions on free movement but that looks unlikely.

When the Swiss voted against free movement in a referendum in 2014, it was suspended from the European research area. Matters are now on hold until the Swiss Parliament passes the legislation to give effect to the referendum vote. Yet some Leave campaigners are now looking to this. It also has support, as the least worst option among Remain supporters including Conservative MPs and former Labour Prime Minister Gordon Brown. It is likely that the civil service, knowing the difficulties of disentanglement from Europe and lacking the capacity to re-enact all the EU laws and regulations, would favour such a solution.

A second tendency is the Little Englanders, represented strongly in UKIP. They oppose any privileged link, economic or political, with the EU and are English nationalists. We know from survey evidence that the growing number of people who identify as English rather than British, are disproportionately Eurosceptic. Little Englanders are anti-globalization and protectionist, appealing to the losers from globalization in the post-industrial cities as well as to nostalgia for an imagined past. They strongly oppose immigration, whether from Europe or elsewhere and tend to confound free movement of labour in Europe, immigration from outside Europe, and the refugee crisis. Nigel Farage’s poster, showing refugees at the border of Croatia, appealed to deep-seated fears of the other.

The third tendency are the Globalists, whose complaint with the EU is that it is not sufficiently globalized but is protectionist, inward-looking and over-regulated. They are cosmopolitan, pro-free trade and relaxed about migration. During the last phase of the referendum campaign, Boris Johnson and others suggested that immigration might not come down at all. The mantra of ‘Australian-style points system’ was used to obscure the point; in fact the UK has a rather similar system for non-EU migrants. Johnson has since said, to some incredulity that immigration was not what the campaign was about.

Globalists claim that the EU is a dying trading block and want to reach out to rising economic powers. They also complain that regulation (by which they usually mean social, labour and environmental protection rules) are holding the economy back. A globalized UK would be a free-trading, lightly-regulated competition state. Globalists oppose any special link with Europe and prefer the UK to make its own way under the World Trade Organization. Some would even abolish tariffs unilaterally.

These three tendencies have almost nothing in common beyond the repetitive slogan ‘Take Back Control’. Little Englanders seek security and protection, while Globalists are for deregulation and competition. During the campaign they were able to make common cause, with Globalists agreeing that migration from Europe held down wages; but their own option would put the UK in competition with much lower-wage economies. All three tendencies are represented in the Conservative Party and the leadership campaign now under way will highlight the contrasts among them.

The Labour Party is convulsed in its own leadership crisis, which also impinges on these issues. There is a historic Euroscepticism on the Labour left, which is suspicious of globalization and sees the EU as a bastion of capitalism and neo-liberalism but this was not much in evidence in the campaign. The most prominent Labour Leave campaigners, on the contrary, came from the party’s right. Jeremy Corbyn, whose roots are in the Eurosceptic left, made a commitment, however half-hearted to Remain. Labour now accepts the referendum result but cleaves to the position of the Europeans, wanting to retain the single market. It is, however, divided over migration. Even during the campaign, some figures sought to assuage the fears of their working class voters by calling free movement in question, while Corbyn and others tried to defend immigration in principle.

Scotland is also caught in a difficult bind. In 2014 it voted to remain in the United Kingdom by 55 per cent. Last week it voted to remain in the EU by 62 per cent. It has now become impossible to be within both unions. The Scottish Government is engaged on an inquiry into squaring the circle but it is difficult to see this producing anything of substance. Indeed the result of last week has made the various middle grounds and third ways that were previously canvassed more difficult.

In the 2014 independence referendum, the nationalists proposed Independence in Europe as part of an ‘independence-lite’ prospectus, which would avoid a hard economic border between Scotland and the rest of the UK (rUK). Scotland now has the option of another independence referendum, which might allow it to remain in the EU. The constitutionality of this may be questioned but not, arguably, the political legitimacy. With Scotland in the EU, however, and England out of the single market and political union, there could be a hard border with England.

On the other hand, if the British ‘Europeans’ win the argument in the coming months and rUK retains some form of access to the single market, that would allow Scotland to remain in both markets and soften the border. This would make independence more viable. Indeed that scenario raises the intriguing prospect that both the rUK and Scotland could be in the European market but with Scotland, instead of the UK, having the seat at the European councils.

Scotland at least has the prospect of a way out of its bind. The most difficult part of the constitutional jigsaw, however, could be England. The English question has risen in importance in recent years, fuelled by grievances over territorial funding and English votes for English Laws. This now aligns with Little Englandism over Europe and with the UKIP vote. Marginalized communities in the post-industrial towns of England that feel left out by globalization will not take to a government of Globalists. Nor will working class voters rally to Eton and Oxford educated leaders or City traders.

Labour is losing these voters, as it has already lost their equivalent in Scotland, through its failure to address their anxieties and their precarious position in a changed world. While Scotland, Wales and Northern Ireland have their own governing institutions, the English cities have been offered only a top-down, managerialist form of government, focused on growth more than social inclusion and designed without any local contribution and with scant attention to citizen engagement.

There is a real prospect here for an English populist right movement of the sort we see in other European countries, with their mix of ethnic nationalism, nativism, Europhobia, protectionism and welfare chauvinism. The extreme right has never been a serious force in British politics but there have been bursts of support in the 1930s, the 1970s and the 1990s. There is no reason to think that the British are naturally immune to it.

Michael Keating is Senior Fellow in the UK in a Changing Europe and Professor of Politics at the universities of Aberdeen and Edinburgh, Director of the Centre on Constitutional Change. This piece originally featured in the Irish Times.