Which EU citizens are being turned away at Britain’s borders? 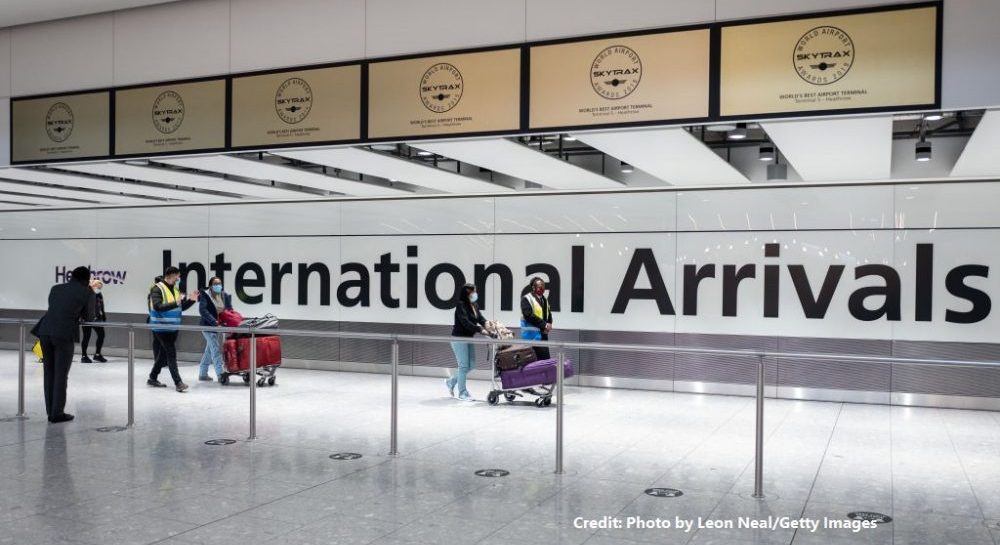 This week has been marked by the release of the UK’s quarterly and annual migration statistics. Of particular interest in respect to EU (and EEA) citizens are the figures contained in the release about applications to the EU Settlement Scheme (EUSS) and data about passengers refused entry to the UK.

While the numbers of EU citizens making applications to the EUSS far exceeds the official estimates of the size of the eligible population, as Jonathan Portes stresses, there are many reasons why this should raise uncomfortable questions including the inadequacy of the UK’s systems for measuring the population.

This news should be read alongside longstanding concerns of campaign groups, non-governmental organisations, and academics, who highlight what the numbers conceal – about who is falling between the gaps and about how vulnerable EU citizens may lose their residence overnight when the deadline for EUSS passes.

Indeed, with the 30 June deadline for EUSS fast approaching, the EU rights hub team have called for emergency measures to be put in place for the not-yet applied populations, and to protect late applicants.

The truth is the numbers of applicants alone can tell us very little about who still needs to apply, as there is no accurate baseline about how many EU citizens were living in the UK before the end of the Brexit transition period and therefore how many might still need to apply

But it is to the other headline that I turn today: that the number of EU citizens refused entry has sharply risen since the start of the year.

Arriving since 1 January 2021, these are newcomers to the UK subject to its immigration controls. It is unusual for any country to have numbers of refusals in triple figures, and countries in this category include Bulgaria, Poland, Eritrea, Nigeria and Iraq.

This serves as an important reminder that the denial of entry to those from the EU takes place alongside refusals from those seeking entry to the UK from the rest of the world. Overall, Romania is in the top spot, with 2,118 entrants denied entry to the UK.

While over the past few months there has been some publicity around the numbers of EU citizens denied entry and detained at the border, notably these have not been the stories of the Romanian or other Central and Eastern European citizens.

These cases are not from the among the countries where there are high numbers of people being turned back at the border.

They are often isolated cases; indeed, the number of Greek citizens denied entry in the first quarter of 2021 is only 32, and for Italian citizens 83.

Of course, the cases do signal grounds for concern about the heavy handedness of the UK’s border controls.

And beyond the refusals and detentions, it is also clear that the increased scrutiny of those from the EU trying to enter the UK in the context of Brexit and the pandemic has been unsettling and unwelcoming, even among those who have settled status but have found themselves held up at the UK’s borders.

But it is important that we think about which cases are making the headlines. It is notable that it is not the stories of the large numbers of Central and Eastern Europeans that are in the spotlight.

For those from CEE countries, the experience crossing the border in the UK, both before and after Brexit, has not been a frictionless experience.

The unevenness and inequalities within the European population has long played out at Britain’s borders, even if the UK’s borders have become insurmountable for Europeans from a greater number of countries across the EU (excluding, of course, Ireland, since travel between there and the UK is covered by the Common Travel Agreement).

It is clear that those from Romania and Bulgaria – alongside those from Poland – are finding themselves turned away.

These are populations who have long faced discrimination and prejudice in the UK. But is also clear that this discrimination is experienced in their interactions at the UK’s border.

Even before Brexit and the end of the transition period, and despite their EU citizenship, they made up a disproportionate number of people turned away at Britain’s ports of entry.

Over the last two years (the years ending March 2020 and March 2021), Romanians have been at the top of the table for the number of refusals for entry.

In other words, while there has been an increased number of refusals since Brexit this is a continuation of a longer trend.

To be clear, before the end of last year these EU citizens were entitled, under freedom of movement rules, to enter the UK.

To see the numbers refused even before freedom of movement ended, with the end of the transition period, should raise some eyebrows.

What the statistics make clear is the discrimination that those from Central and Eastern European countries are facing at the UK’s borders.

It is a reminder that the EU citizen population is not homogeneous, and nor are their experiences of the UK, its border controls and the hostile environment.

The experiences of Europeans in the UK and at its borders is uneven and unequal. This is not simply a Brexit story.

To my mind, we need to turn our attention to how these new statistics on refusals sit within a longer context of discrimination experienced by those from CEE.