While Ellesmere Port’s fate hangs in the balance, the Budget missed an opportunity 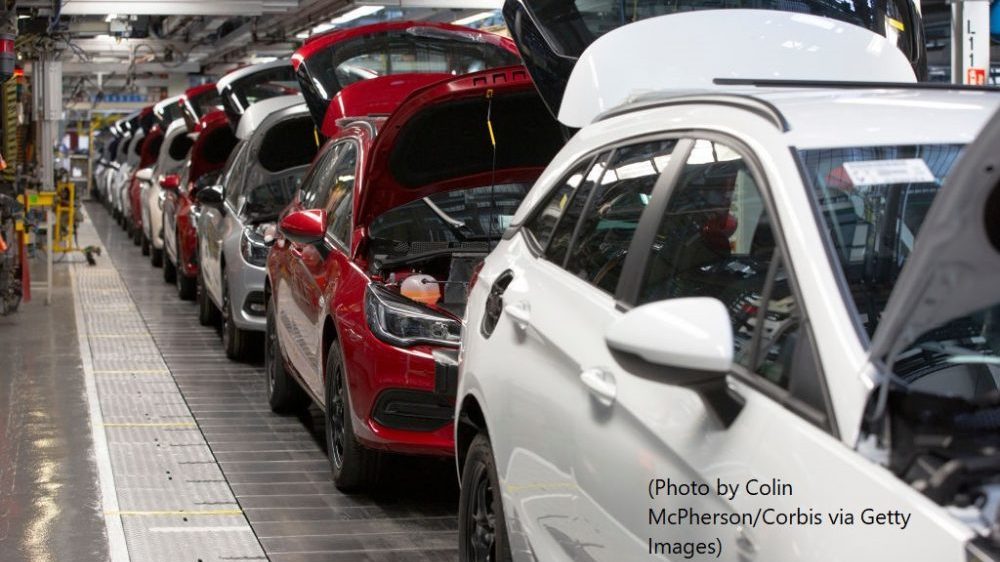 In a fascinating earnings call webinar with investors, Carlos Tavares – CEO of Stellantis (comprising the merged PSA and Fiat-Chrysler) – recently made it clear that the firm had been ready to invest at Ellesmere Port until the UK Government announced its 2030 ban on the sale of petrol and diesel cars.

He added that future investment now depends on the UK Government offering commitments on support.

The UK and EU concluded a Trade and Cooperation Agreement (TCA) late last year, which was expected by many to give the green light to major auto investment by the likes of Nissan and Stellantis.

Nissan is indeed going ahead with Qashqai production in Sunderland, while Stellantis has yet to commit, having postponed the decision from 2020 owing to Brexit uncertainty.

Now Tavares says that the Government’s ‘brutal’ decision to bring forward the 2030 ban forced the firm to abandon the project earmarked for Ellesmere Port, even though a Brexit trade deal has avoided tariffs and quotas in trade between the UK and the EU.

In his words, after the Government’s announcement, ‘we immediately suspended the decision on that project… we are not going to invest in the UK market on a product that is going to be banned from 2030 onwards.’

The positive decision from Nissan was widely expected given that the firm had invested some £400 million in its Sunderland plant, but big investment decisions lie ahead elsewhere in the industry.

First up is Ellesmere Port as a test case, and the UK Government will be keen to agree a deal with Tavares to keep Stellantis assembly going there and safeguard 850-1,000 jobs, and more in the supply chain. Closure so soon after Brexit wouldn’t give a great impression for UK auto’s prospects.

Talks are ongoing, with Tavares saying that ‘we have discussions with the UK Government, they are collaborative, productive, open minded, but this is a business.’ He added that Stellantis will not invest ‘if it doesn’t make economic sense.’

‘An investment of this type, on top of what is already planned for continental Europe, does not make industrial sense because we have enough capacity elsewhere,’ Tavares was quoted as saying in Les Echos newspaper. ‘If we do it, it will have to be with support from local authorities. This support needs to be concrete, binding, and not just a communications gambit’.

Meanwile, tthe Business Secretary Kwasi Kwarteng recently told the House of Commons that the Government is ‘committed to ensuring the future of manufacturing’ at Ellesmere Port and also to develop a local battery-making industry.

The latter is critical going forward. The TCA’s automotive industry annex states that by 2027, there has to be 55% local content for battery electric vehicles, and that the batteries themselves will need to be assembled in the UK or EU for these to qualify for tariff-free trade. This will pose a particular challenge for UK auto and industrial policy.

The UK is lagging behind EU countries in attracting investment in battery making capacity, and without a major effort to reorientate the auto supply chain (via inward investment from battery makers and EV suppliers), UK car assembly will be increasingly dependent on imported components from the EU to meet rules of origin rules going forward.

Alternatively, car assembly might simply shift to where the batteries are being made cheaply in the EU given that batteries are heavy and expensive to move around. The bottom line is that making batteries at scale and cheaply is an existential issue for the mass UK car industry.

If the Government is serious about supporting battery gigafactories in the UK, there is much that it could do to push this along through state aid interventions such as grants, enhanced capital allowances and loan guarantees – even within the level playing field provisions of the TCA.

This has been criticised as an inefficient form of government support, but given the UK’s weak record on business investment, it is well worth trying.

And while the ‘super deductions’ policy is spatially blind, there might be an inadvertent ‘levelling up’ benefit given that capital intensive manufacturing will probably gain the most from the move, and such manufacturing is more heavily concentrated outside London and the south-east.

Beyond that the Chancellor announced the creation of a new National Infrastructure Bank, with the goal of help to reach net zero carbon by 2050, which could also potentially lend to the likes of battery ‘gigafactories’ and other green technologies.

Note, however, that the sums of money on offer are modest and are anyway in part designed to replace funding previously coming from the European Investment Bank (EIB), which the UK can no longer access.

The latter lent around €8 billion a year for projects such as London’s Crossrail line through to providing substantial support for low carbon investment by the UK auto industry.

Also, the idea isn’t exactly new. The UK used to have a Green Investment Bank (GIB), which ran form 2012 before being privatised in 2017, subsequently pivoting to invest more internationally and less in the UK. Let’s hope this one lasts a bit longer.

The Chancellor’s ‘big idea’ was the creation of freeports. As a timely recent UK in a Changing Europe report has made clear, there are big questions about how effective these will be, in that the evidence suggests that they tend to encourage activity to shift from one place to another to get a tax break.

Beyond that, the third part of the Budget, on ‘Building back Better’ was something of a disappointment. I’d expected much more – including for example a big investment in rolling out super-fast electric vehicle charging to encourage a switch to EVs and much more support for building battery giga-factories (the current £450 million over four years doesn’t cut it).

While the Government has set an ambitious target of banning the sale of petrol and diesel cars by 2030, there isn’t much of a road map of how we get there. A much more holistic approach is needed to encourage people to switch to EVs, develop the charging infrastructure that we will need and to help the industry and workforce make the transition. On that the Budget missed an opportunity.

By David Bailey, senior fellow at the UK in a Changing Europe.