Who can win the Conservative Party Game of Thrones? 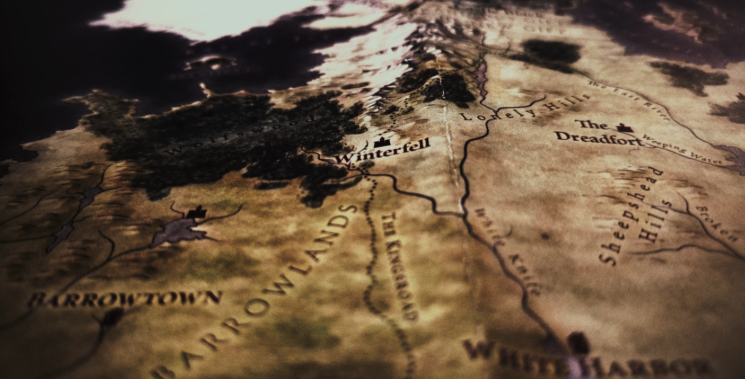 The key theme of Game of Thrones is power: who has it, who wants it, and who plays the game. Which makes it all the more surprising there haven’t been more hackneyed attempts to compare the warring tribes of Westminster to Westeros.

What links the Conservative leadership contest and Game of Thrones isn’t just the intensity of the disagreement. It’s that the circumstances in which it will take place are still uncertain and no one has any real idea who will win out. As the meeting of the 1922 Committee of the Conservative party demonstrated yesterday, even the rules that would trigger a contest remain up in the air. To coin a phrase, you know nothing.

Speaking of which, YouGov has found that about a third of fans back Jon Snow, but only around one in five – 22% – think he will actually end up on the Iron Throne. Yet he is still the favourite, the sheer number of characters jockeying for position is keeping everyone guessing.

So it is in Toryland. The website ConservativeHome regularly takes the temperature of the Conservative Party, and found a similarly split field. The survey of Conservative party members – perhaps the most powerful group of voters in British politics – has been largely corroborated by the ESRC’s party members project, which found a similarly dispersed set of candidates. In the latest poll, no fewer than 25 different candidates have at least some support.

Boris Johnson is the party members’ favourite with 32% of support. Last month, however, he received the support of just 22%. The unpredictability of the race is due to three factors: the hard-to-read (and increasingly combustible) views of Tory party members, the dynamics of the rules and the great contingency of what happens next with Brexit.

So we asked our Brexit Policy Panel – made up of over 100 academic expertson Brexit and British Politics – to read the runes and make some (educated) predictions. 58% expect a contest to be concluded before the end of October, while 42% think Theresa May will still be clinging on by new Article 50 deadline.

If there is to be a contest, it appears that the academic experts and party members have a broadly similar read. Boris Johnson may be in a position, particularly if the Conservative Party’s 1922 Committee can organise a swift contest, to take the reigns on the basis of a hard Brexit platform.

It is true that Michael Gove is in the running on both measures. However, his stock among activists – as a result of backing the withdrawal agreement – may have fallen more than observers might assume.

The extent to which attitudes to Brexit have hardened can be seen in the fact that Jeremy Hunt, who has repeatedly attempted to bolster his reputation as a Brexiter reborn, is still struggling to prove his Brexit credentials to members; whereas Dominic Raab, whose chances are understated by our experts compared to the ConservativeHome survey, voted against the withdrawal agreement on all three times of asking.

Ned Stark said that ‘the man who passes the sentence should swing the sword’. One of the clichés of Conservative Party politics is that the opposite is true, at least since Michael Heseltine led the charge against Margaret Thatcher in 1990 but failed to win the prize himself.

But the old rules have changed. The enduring myth of the ‘stalking horse’ candidate as a necessary step to ousting a leader lives on, despite the fact that those rules were changed in 1998. There does remain a core truth to it, though: the perception of disloyalty can damage a hopeful’s chances among the mass of MPs who play the role of kingmakers.

The role of Conservative MPs now is essentially to whittle what could be a wide field of candidates down to a final pair. The Conservative membership then decides between those two remaining candidates in one final, epic battle for the throne.

Boris Johnson’s eventual backing for the withdrawal deal on 29 March might have damaged his reputation among the 34 Tory MPs who held firm and voted down the deal. But the core of the ERG group – if House Johnson can overcome House Raab – may still have little choice but to back Boris. To torture the metaphor one final time: whoever ends up perched on the Conservative Iron Throne will have to keep an eye on the divided country they will have to govern.

By Dr Alan Wager, research associate at The UK in a Changing Europe. This piece originally appeared in Huffington Post.