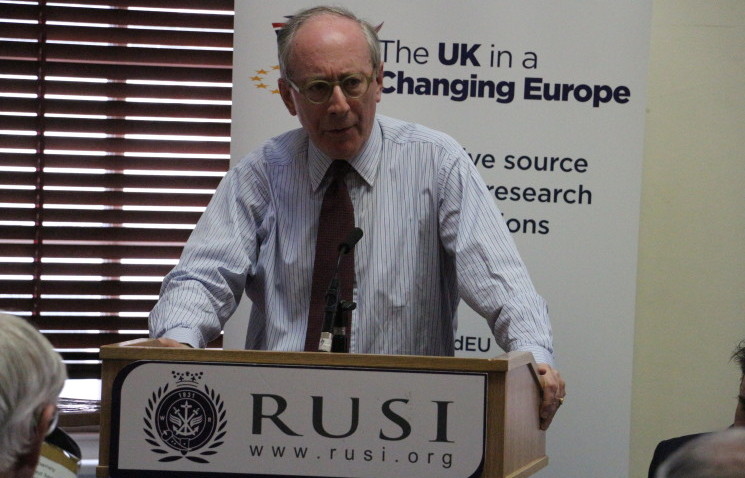 The country has recently been intrigued by Brexit spokesmen choosing Albania as a model for the UK’s future trade with Europe if we vote to leave the European Union. If this is their best option, it is unlikely to inspire confidence in their strategy. Even the Prime Minister of Albania, writing in The Times, has advised strongly against it.

And I sincerely hope the leave campaign will not now offer Albania as a model for our future foreign and security policy as well. When Albania was a communist state and had China as its only ally, its dictator, Enver Hoxha, once addressed the Albanian people by stating that “we are a very important people – together with China, Albania represents a quarter of the world.”

The Brexit camp argues that by leaving the EU the United Kingdom would, somehow, increase its power and influence in the world. They need to be gently reminded that with only 65 million people the UK has less than 1% of the world’s population of over 7 billion. Unlike communist Albania, we cannot even pretend to be other than a modest sized country, though one with great assets.

As a student and then practitioner of Britain’s foreign policy for over 40 years, I have sought to identify the costs and benefits to the United Kingdom’s power and influence in the world if we were to leave the EU. It is impossible to avoid the conclusion that the costs would be substantial and the benefits would be negligible.

The way in which any country conducts its foreign policy is to use its power when it has power, and when it does not have power it attempts to expand its influence. When it comes to the EU, we currently have real power and substantial influence. In the European Union there cannot be a decision on Europe’s foreign policy without unanimity. Our veto, therefore, has two effects.

First, it means that Britain can never be bound by any European foreign policy position, agreed by others, that we disagree with. Second, as a member of the EU with a veto we can, in practice, prevent the other EU states adopting, as a European foreign policy, any proposal that we do not like. That is real power of a significant kind.

When it comes to influence, if there are objectives we are seeking then, along with Germany and France, we have more influence than any other country. We have seen the importance of this on issues like the Iranian nuclear negotiations and sanctions against Russia over Ukraine, when British objectives were fully achieved.

The irony is that if we leave the European Union, such are the strategic, security and geopolitical interests that we would still share with the rest of western Europe, that we would have to devote a large section of our Foreign Office diplomatic resources to trying to influence the EU, of which we would no longer be a member. However, we would have given up our veto power to stop common EU positions which we disapprove of. Likewise, our influence with Germany and France would be far less than at present when we might want Europe to speak with a single voice.
There is no geostrategic threat to France, Germany or continental Europe that would not also be a threat to Britain, as we found both in 1914 and 1939. No wonder an Italian columnist wrote recently that “for Britain to be alone against enemies in 1940 was heroic; for Britain to be alone amongst friends in 2016 would be absurd”.

And who are the potential allies that are going to consider the United Kingdom a more powerful partner outside the EU rather than within it? Not the United States, as we know from President Obama. Not Australia, Canada or New Zealand as their prime ministers have made clear. Not the Commonwealth, NATO, the IMF, the OECD or other crucial allies.

We are left with Vladimir Putin, who is desperate to see the gradual fragmentation of western Europe in order to enhance his own power. They would be dancing in the Kremlin if Brexit was to occur. We are left also with Marine Le Pen of France’s National Front and various other far-right, ultra-nationalist politicians. Even Brexit leaders have made clear that they are embarrassed by Marin Le Pen’s proposed visit to Britain to boost their campaign.

The world our children and grandchildren will live in will have the United States, China, Russia, India and the European Union exerting global influence on the future of our planet, whether it is in regard to trade, energy, climate change or macro-economic policy.

Neither Germany, Britain nor France can, as individual states, expect to have comparable clout when it comes to global negotiations on these, and equally important, matters. All previous British Governments, regardless of party, have recognised that inescapable fact for over 40 years, as does our present government.

Occasionally, it can be reasonable to accept a significant loss of influence if it is the only way to preserve other even more important national interests. I do not believe that this applies in the case of Brexit. And if the champions of Brexit disagree they should be honest enough to admit that leaving the European Union would marginalise the UK in the world and explain why they, nevertheless, believe that this is what we should do.