Why are the Conservatives torn over Build Back Better? 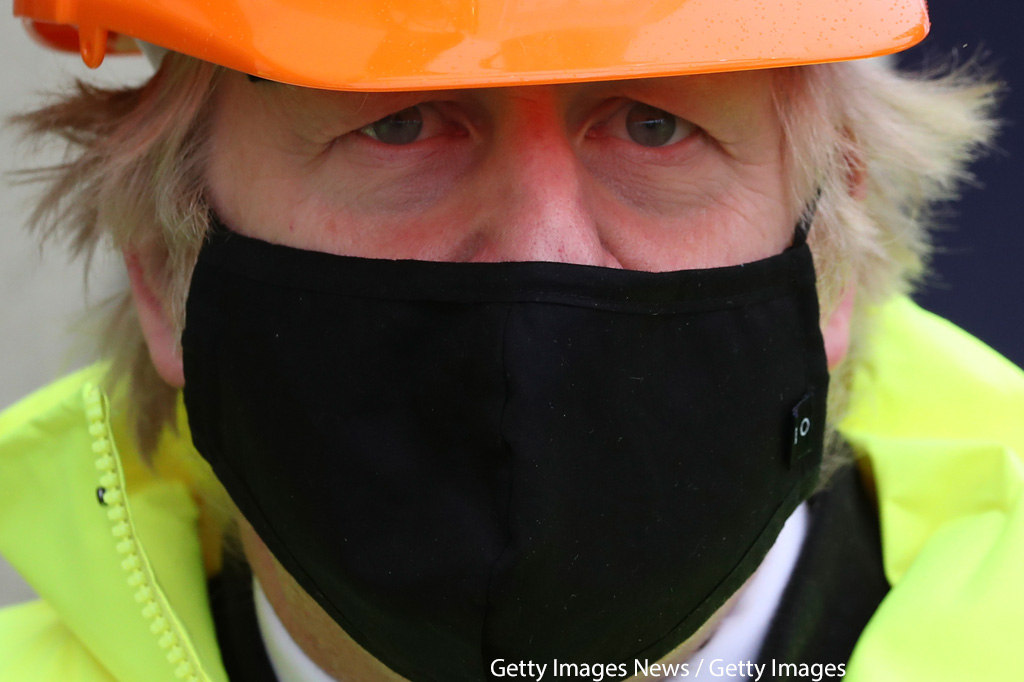 Much like the Labour party, the Conservatives have always been a broad church party, reaching far across the centre right and right of British politics with a coalition of different conservatisms.

Ever since the Conservatives ratified and implemented the Withdrawal Agreement in January 2020, the media has tended to focus on the divisions over lockdowns as the new fault-line within the party.

However, the splits go much deeper – with wider debates around the role of the state and the market underpinning a central ideological divide that could potentially do more harm to the Conservatives in the long run; from lockdowns, the ‘levelling up’ manifesto agenda, to the reconstruction of the economy after Covid-19.

Before delving into the current affairs that are exemplifying this new and growing split, it is important to first assess where the new ideological fault-lines are drawn, away from the overused term ‘One Nation’ Conservativism and recast towards libertarian conservatism against communitarian conservatism.

Until 1990, figures on the left of the party used the term ‘One Nation’ to justify their support for the post-war political economy created by Clement Attlee’s Labour Government.

Harold MacMillan, Edward Heath and Rab Butler are examples of those that identified as ‘One Nation’ Conservatives by maintaining Labour’s mixed economy.

This identity, however, was challenged by the rise of the New Right in the late 1970s and the displacement of the social democratic post-war political economy with the neoliberal political economy.

At that time, the ‘One Nation’ Conservatives in Margaret Thatcher’s first cabinet, such as Ian Gilmour and James Prior, opposed her agenda as being too right-wing.

Thatcher dispensed of the ‘One Nation’ Conservatives in her 1981 Cabinet reshuffle and surrounded herself with ‘true believers’ who could implement this new political economic agenda.

At this point in time, the term ‘One Nation’ Conservativism was not as hotly contested as it is today, as it was easily defined as a left-of-centre Conservative who opposed the policies of the successive Thatcher Governments. However, this would soon change in the post-Thatcher years.

Ever since the fall of Thatcher, the term ‘One Nation’ has become the vogue term for aspiring Conservative leaders to give themselves.

All subsequent Conservative Prime Ministers have all defined their own politics as being ‘One Nation’ Conservatism, despite not attempting to tear down the political economy of privatised industries, trade union reform, or deregulation at any point in their premierships.

So whilst ‘One Nation’ is an attractive label for many successive Conservative leaders, it does not accurately describe their politics. Its original meaning has evolved past the point of recognition – it now appears to address a less adversarial and more emollient style of politics than that of Thatcher from 1979-1990.

As such, a reassessment of the labels we assign to splits within the Conservative Party is needed for a deeper understanding of how and why our current Government is splitting, and what this might mean for public policy going forward.

The broad splits in the Conservative party have recently settled into shared ideologies on certain issues, which has arguably masked the challenges between parliamentary colleagues’ core beliefs as being at issue-level, or only surface deep.

For example, over the debate to remain or leave the European Union, the communitarian-libertarian divide within the right of the party was masked by a shared ideology of Euroscepticism.

MPs such as Owen Paterson saw it as an opportunity to pursue a more liberalised economy with a leaner and smaller state, whilst Conservative thinkers such as Nick Timothy saw it as the moment for a more active state within a more regulated political economy.

These divisions between the visions of Singapore-on-Thames and Erdington Conservatism were the forewarning of the divisions that will dominate the rest of Boris Johnson’s premiership.

Johnson himself appears to hold these two competing visions together in paradoxically equal regard, signalling at first for a post-Brexit review on workers’ rights in order to see if there is scope for liberalisation, whilst also promising to spend more money in the Red Wall seats he won at the last general election.

U-turning on the review on workers’ rights is a key early sign of how hard it will be for Johnson to balance the competing demands from the libertarian and communitarian Conservative MPs.

The key division is focused on the term ‘levelling up’ and what that actually means in practical policy beyond an election winning slogan.

Conservative MPs like Damian Green from the communitarian wing of the party would argue that the key to levelling up is using an expansionary fiscal policy to pursue a Macmillan-esque style of social democracy – for example, by increasing the monetary benefits received by welfare users receive.

This has been strongly challenged by other members of his own party, decrying it as an attempt to ‘do socialism better than socialists’.

Contrast this with the libertarian wing of the party who believe that ‘levelling up’ is about providing further supply side reform, increasing the role of the market at the expense of the state in areas that voted Conservative at the last general election for the first time in a generation.

The intriguing nature of these different visions is that they are both forms of populist economic critiques of neoliberalism, but with one vision coming from the left and the other from the right.

The big question for Johnson and his senior advisers is how long it will take for this to manifest into a problem beyond their control.

The Conservative Party in recent years has become a collection of organised factions competing to get their ideological vision of political economy centre stage.

The threat that the European Research Group posed cost Theresa May the premiership; and they then installed Boris Johnson as part of their takeover of the Conservative party.

Currently the groups around the new divide have started to assert themselves, with the One Nation group led by Green championing a more communitarian vision of the economy whilst the Free Market Forum group led by Dehenna Davison and Greg Smith have called for more libertarian principles to underpin the economy.

The Conservative Party has spent the last thirty years in civil war over the issue of Europe, so they are well used to fighting amongst themselves and digging their heels in.

The problem being that this – the role of the state in the economy – underpins everything, and it will assemble Conservatives across a deep ideological divide on how we indeed ‘Build Back Better’.