Why Boris Johnson will go for a referendum 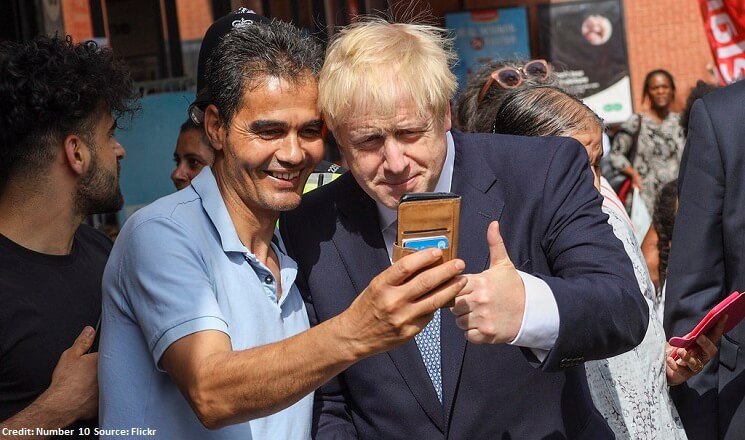 Boris Johnson may be short on values, but he’s long on ambition and he’s smart. He will deeply want to avoid being the 100-day prime minister.

This desire will ultimately tie him into a referendum strategy. It will be between no deal versus Remain, and Remain would likely win. But like Johnson’s hero, Churchill, and unlike Thatcher, logic implies the gentleman is for turning.

Why? Because Johnson is stuck between a rock and a hard place.

The immediate danger is Nigel Farage and the Brexit Party. Hence Johnson’s ultra-Brexit strategy. Farage will thrive if Johnson is weak on Brexit. To neutralise him, the Johnson no deal approach makes perfect sense (as Michael Gove understands), and has little to do with ‘bargaining’ with the EU.

But Johnson’s ultra-Brexit rhetoric makes him toxic to the Lib Dems and the SNP. Some 25 of the top 30 Lib Dem target seats in the next election are held by the Conservatives, whereas only five are held by Labour. Jo Swinson will likely make the Lib Dems a more attractive proposition. Johnson also stands to lose most of the 13 seats that Theresa May won in Scotland in 2017 from the SNP.

Against this, Johnson has to hope either to win Labour seats in the north—which is why he’s desperately trying to erase bitter feelings towards a decade of Conservative austerity. Or to hope Lib Dem anti-Corbyn votes push Labour seats in the south to the Conservatives. But weak-minded though Corbyn may be, Labour will surely now go for a ‘save the NHS’ plus referendum headline strategy to minimise both possibilities.

Johnson’s chance of an overall majority, even with DUP support, in an incipient general election is currently low. And there is a very real chance of him being pushed out by a rainbow coalition of Labour, the Lib Dems, the SNP and the Greens.

So come October, what will Johnson do? He could continue to refuse to negotiate with the EU unless they stand down the backstop, which they won’t. This is a completely sensible strategy to keep down Farage. He could loudly demand no deal while being unable to enact it because Parliament would block him.

He could also continue to rule out a general election, as—unless things have dramatically changed—this poses a serious risk to his survival as prime minister. A general election called in early October would bring about no deal by default and risk splitting the Conservatives, with the Lib Dems and SNP as beneficiaries.

So unfortunately, as he will put it, a referendum is the only option. Blocked by partisan MPs and EU intransigence, an ‘appeal to the Great British Public’ is his only responsible course.

Let’s look at why this makes sense. Johnson could almost certainly get majority for it in Parliament. He could (not wholly implausibly) say to the ERG that he has a real chance of winning it for no deal. And he has brilliantly given top jobs to second-raters who would otherwise have no chance of getting them, and who would therefore support him. Labour, the Lib Dems and the SNP would also support the move, as would Government appointees and pro-Remain Conservatives.

Plus, the EU would give an extension to allow a referendum to take place, as they’ve more or less said.

Above all, Johnson would get to stay as prime minister regardless of the result. He’d hone the rhetoric if Remain won—that the Great British Public has decided—and celebrate the survival of the Union (open Stormont, guarantee the position of the Scottish Conservatives and prevent another Scottish referendum).

The result for Johnson would be that he could then focus on being a brilliant prime minister, at least until May 2022. He would have no worries about Farage, and Corbyn would likely to stay as Labour leader, only likely to get pushed out after a general election defeat.

Johnson could push through a raft of splendid policies with no concern about public sector debt. His focus could be solving the NHS, improving transport links, especially in North, and giving a massive boost to education and housing—all policies he’ll get cross-party support for.

After that, who knows? Perhaps a second term. What’s not to like?

By Professor David Soskice, Professor of Political Science and Economics at LSE and Fellow of the British Academy.