Why Brexit is a feminist issue 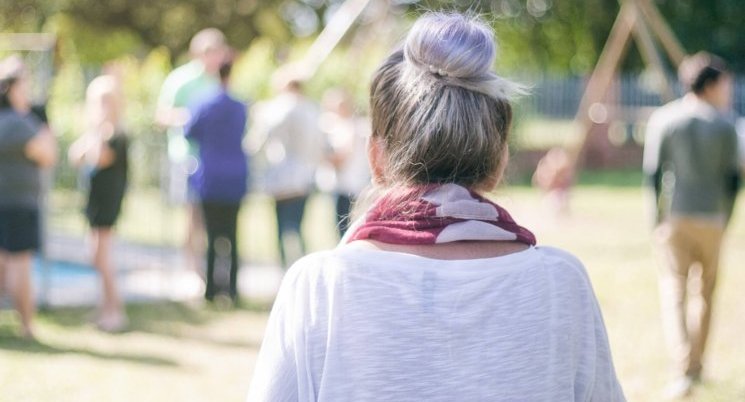 Is there anyone out there who seriously thinks that the cause of women’s rights – and there is so much unfinished business in that dossier – will actually be advanced by the national exit from the European Union?

It was my pride, many years ago, as Chair of the Women’s Rights Committee of the European Parliament, to help broker into law the Maternity Leave Directive. Back then, we thought ourselves in a glad, confident morning, with the international policy ratchet turning irreversibly in favour of progress – progress in women’s lives at home and in the workplace. It feels these days that eager hands are keen on turning the clock back.

Last year, I voted against the triggering of Article 50. All I could see coming down the track was a downgrading of the importance of workplace rights. I feared that  some in public life – those who have always regarded those rights as a drag on profits and bonuses – wanted Britain to be the natural home for bargain-basement employers.

If we are indeed to leave the EU next year we have a daily battle on our hands to salvage all that was cumulatively gained during those decades of membership. The EU Withdrawal Bill has supposedly one technical function: to preserve existing EU law in the UK by converting it into domestic statute in order to ensure legal continuity, and so to provide a functioning statute book on the day we leave the Union.

Yet many, like myself, are concerned that the Bill represents a real and present danger to consumer rights, to workplace equality, to environmental well-being – not to mention the damage to the basic principles of devolution and the continuation of the Charter of Fundamental Rights.

The right to leave to care for a sick child is also at risk, as are maternity leave rights and part-time worker rights in general. To quote the Fawcett Society : “It would be regrettable if Brexit and this Bill resulted in the loss of the opportunity to be the best place in the world to be a woman”. Too right.

Of course, some of the Government’s more mollifying voices insist that there is nothing to worry about. If so, then why can employment law not be excluded altogether from the scope of the (sweeping) delegated powers of the Withdrawal Bill? Why can a schedule listing the necessary statutory instruments from the Brexit Department not be published?

As things stand, our concern has to be that the Bill gives Ministers unprecedented amending powers, ones which could obviously be used to weaken employment rights, and indeed our own Equality Act.

It is a special worry that the right to equal-pay-for-work-of-equal-value,  underpinned by Article 157 of the EU Treaty and ECJ judgements, is also vulnerable once we leave the EU.

As my colleague, Baroness Drake recently said during the Second Reading Debate in the House of Lords: “The impact that Article 157 and the accompanying EU Court of Justice case-law have had on women’s pay and pension rights in the UK cannot be overstated”.

A further concern is that when Brexit finally dawns, we will lose the significant legal rights and protections of European Protection Orders (EPOs). These grant victims of violence equivalent protection against a perpetrator across the EU, but will no longer be available to UK citizens.

More, the ability to share data on offenders as well as other measures aimed at tackling human trafficking, FGM and the sexual exploitation of children are all at risk of disappearing. And then there’s the question of those services for women that have until now been funded by the EU: will replacement funding come from the Treasury after Brexit?

Across the board, the problem is that none of the alternative arrangements put forward by the Government on these issues are better, in outcome or legal underpinning, than the ones we have as a member state of the EU.

In an independent legal opinion commissioned by the TUC in 2016, Michael Ford QC stated quite plainly that: “All the social rights in employment, currently required by EU law, would be potentially vulnerable if Britain were to be outside the EU – but women’s rights would be particularly at risk”.

He went on to say:  “It is difficult to overstate the significance of EU law in protecting against sex discrimination. A history could be written based on the theme of progressive decisions of the EU Court of Justice correcting unprogressive tendencies of the domestic courts”.

In a Parliamentary Question I recently tabled, I suggested to the Government that British women would have a better, a more secure future if as a country – post-Brexit – we aligned ourselves as closely as possible with continuing EU legislation and ECJ case-law in the relevant policy fields.

The reply I received did not give me much confidence, for the Minister said : “Obviously we will take note of what the EU does. But one of the important things about Brexit is that we can make our own decisions about this”.

Well, there you have it. Is Britain gearing up to be the most progressive country in Europe after Brexit, or are all the progressive forces going to have to scrap like hell to prevent a disastrous, piece-by-piece rolling-back of workers’ rights – and especially those of women in the workplace – over the years ahead? I think we all know the answer.