Why Brexit matters to young people 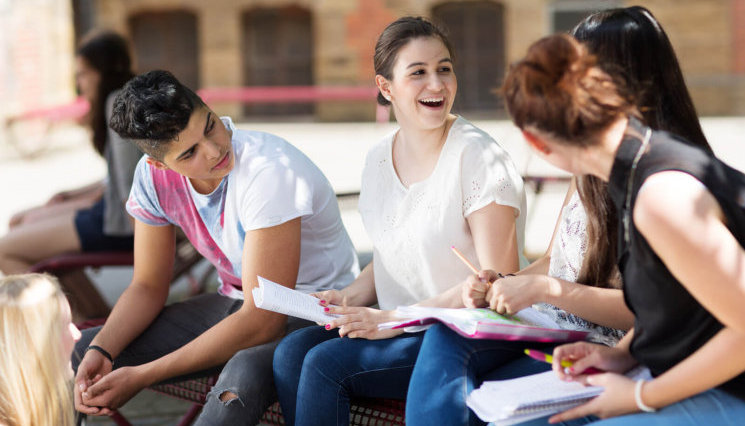 As we fast approach the autumn Brexit votes in Parliament, politicians risk failing future generations. Britain stands at a societal crossroads with uncertainty over its political and economic future. We have a governing party that has eschewed collective responsibility and an economy that is fuelled by a mountain of consumer debt.

Added to this is the knowledge that whatever Brexit deal emerges there will be an immense change in the way that we relate to each other and the world around us. As the generation that will have to live with and manage the outcomes of Brexit going forward, our voices need to be listened to and acted upon.

Brexit will have an impact on all age groups in our society, but in particular on the young people who are currently in education or beginning their journey in the world of employment. This is because they will inherit the post-Brexit world and bear the responsibility of making it work to best degree that is possible.

Growing up as a young person in today’s society is not easy. The odds are often stacked up against us with the tripling of tuition fees, unaffordable housing market and rising cost of living. We are often labelled as the apathetic generation, trivialised in the press and one that isn’t worth engaging with because it is assumed that we are less likely to vote at elections.

Coupled with the fact that many young people were denied a say in the Brexit referendum due to the voting age, this paints a picture of a generation that is totally overlooked. So what matters now more than ever is the degree to which young people are prepared for the challenges ahead and understand them too – plus given the space to discuss them.

As the Chief Executive of My Life My Say, a charity whose core ethos is that young people should have an influence over their future, I am keenly aware of what these challenges are and the solutions that can help to make post-Brexit Britain a positive place for young people. Since the EU referendum in 2016, I have been campaigning tirelessly to give young people a voice on Brexit.

From setting up the APPG on a Better Brexit for Young People to launching the UK Youth Perspectives and Priorities for the Brexit Negotiations report with the LSE, we have engaged with hundreds of decision-makers across the UK and EU.

Amidst all the political tattery in Westminster, we launched a Nationwide Review to find out whether young people from across all the eight regions of the UK felt like they were being listened to.

The results were damning: more than half the participants told us that they felt their views aren’t being listened to and 90% of the participants felt that this government won’t be able to deliver a Brexit that will work for future generations. This serves only to exacerbate the uncertainty and worry that young people across the political spectrum feel about Brexit.

So the key issue for me is how we dispel this anxiety that many young people have about the post-Brexit period and, in particular, what this means for their life opportunities.

This is because regardless of what deal emerges there will be a new era in our national life. In practical terms we will have a new economy, new politics and new approach to communal life. And I am convinced that youth engagement for many is still viewed as a ‘tick in the box’ exercise to keep us quiet.

This is not about youthquakes, or voting in elections, but expressing their views to the institutions and people in government, business and the third sector who believe that they have the right to lead.  And I believe that Brexit provides a once in a lifetime opportunity for the young to do this.

The question for many young people is how to achieve the resonance that can change the political landscape in a way that will deliver results for them. I believe that the answer lies in a dialogue based around our sharing a common future and, unlike past times, our ‘all being in this together’.

The time has also truly passed for our national political discourse to be about the issues that divide us and for dwelling on why and whether the UK voted to leave the European Union.

I also recognise that there is not a ‘one size fits all’ approach to youth political engagement over Brexit. People don’t have the uniform opinions that pollsters and the media sometime suggest.

What we should not therefore do is to spend time seeking a consensus, but to instead reflect the diversity of views about Brexit and its consequences that exist amongst young people.

If we can achieve this then the potential for Brexit to really matter for young people will be realised, because they will have achieved the resonance that they deserve and merit. As long as we remain divided, the uncertainty only deepens – leaving young people more disillusioned than ever before.

It’s crucial that we capitalise on the mobilisation of young people post-Brexit and to place them as central to the Brexit negotiations. Therefore I urge our politicians to take this discussion outside of Westminster and sign up to My Life My Say’s ‘Listen Up’ pledge to put young people at the heart of this crucial, once-in-a-generation debate.

By Mete Coban, Chief Executive, My Life My Say and Labour Councillor for Stoke Newington.