Why Britain needs to engage with the EU’s agencies 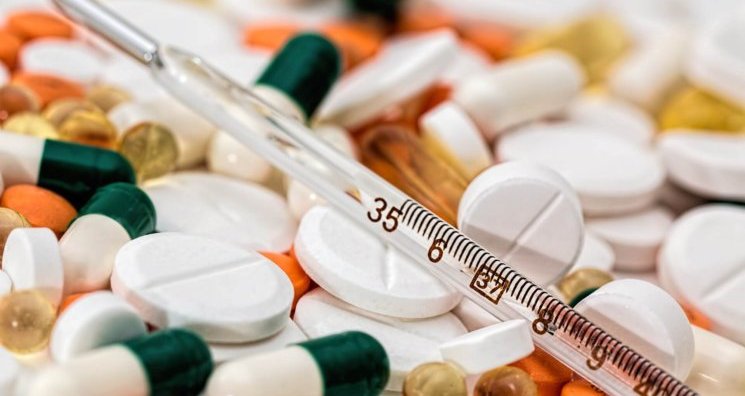 EU agencies are based all around the continent, partly in an attempt to ‘bring Europe closer to its citizens’. They employ a range of experts to draft EU regulations, and gather information on their implementation across the single market. They engage with industry, consumers and citizens, and manage €1.2 billion of funding.

These bodies, with their various acronyms, might seem at first glance like obscure technical quangos, but they matter hugely to how the Union works. They have contributed towards developing some of the most robust safety regimes in the world for, among other things, food, aviation, railways and chemicals. In doing so, they’ve developed a system of regulatory harmony across the EU – the benefits of which Theresa May and David Davis are keen for the UK to continue enjoying after Brexit.

With Brexit day edging ever closer, two of the most powerful agencies recently upped sticks and moved out of the UK. After a curious World Cup style bidding process run by the European Commission and Council, the European Medicines Agency (EMA) and European Banking Authority (EBA) will move to Amsterdam and Paris respectively.

These moves might seem like straightforward practical consequences of Brexit, but they mean a lot, and point to why we should engage with the agencies more generally as the exit door looms.

The value of medicines and banking authorities

Britain hosted the two agencies because it was considered the heart of Europe’s pharmaceutical and banking industries. They matter because they are relatively open ‘hubs’ for making European regulations, and so attract a number of groups looking to shape regulatory decisions in the single market.

The Medicines Agency has around 900 staff and a budget of €304 million. It assesses the safety of medicines to be sold on the single market, and then monitors their safety over time. Pharmaceutical companies submit their products to the Agency to get permission to sell them, and so the Agency engages constantly with industry, professionals (GPs), patients and the media.

For this interaction to work effectively it is practically useful – indeed, imperative – that both parties are in close proximity, and so there’s a real danger for the UK that the pharmaceutical industry, and related interest groups, might follow the agency to Amsterdam.

The Banking Authority is slightly smaller, with just under 200 employees, and a budget of €33 million, but is also an important institution. It monitors market developments and assesses potential risks and vulnerabilities in the EU banking sector. This includes, most importantly, conducting a ‘stress test’ exercise for banks operating in the single market.

Despite being relatively new, and quite small, EBA has attracted much attention from industry, consumer groups and EU member states. Again, this has further incentivized global financial institutions to locate in London, as it enables them to be present at stakeholder meetings.

The City of London’s position as arguably the premier global financial hub means the Banking Authority is perhaps less crucial to London’s allure than EMA is in the medicines world. The symbolism, however, remains. With the EBA now based in Paris, the focus of the European banking sector’s energy will shift to France.

Do we need the EU’s agencies?

Do these relatively small agencies really matter, when much bigger issues like free movement and Britain’s future access to the single market itself are at stake? Some might argue that the UK wants to stand on its own two feet, and can be a magnet for global investment without such bodies.

However, with Theresa May’s agreement on the Irish Border setting us down the path to regulatory alignment, maintaining close relations with EU regulators will be crucial. Not having the EU agencies to pool expertise and draft complex technical regulations in close coordination with UK agencies means that a huge gap would need filling if the UK is going to be able to sell products to the rest of the continent and ‘shadow’ regulatory developments on the continent to avoid corporate regulatory arbitrage.

Close working relationships would be needed in banking with Britain’s Prudential Regulation Authority, and in medicines with a much beefed up Medicines and Healthcare Products Regulatory Agency.

Filling this gap with alternative expertise, IT systems, procedures, could prove expensive. A 2016 report for the European Parliament examined the value of seven agencies, including medicines and banking but also aviation, chemicals, insurance and pensions, securities and markets and intellectual property.

The findings were astonishing, given the Parliament tends to be highly critical of the agencies: “According to our best estimates, if the member states took over the functions of the seven agencies, the additional costs to national authorities would be around EUR 150 million to EUR 200 million”. Minimising these costs will be crucial if the UK is to reap any benefit from ‘taking back control’ of these policies.

Moreover, engaging with the agencies at a practical level will be unavoidable. The easiest way of transferring responsibility would be by engaging directly with the agencies to share their expertise, not least because the government wants to maintain ‘streamlined’ regulatory processes with the EU.

A gradual transfer over three or four years would be preferable, with agencies at the EU and UK levels sharing knowledge and facilitating a smooth transition that will mean the UK can have fairly similar procedures to the EU when it leaves.

As my own research shows, some agencies engage with third countries and stakeholders beyond their legal remit. The Medicines Agency is committed to engaging with stakeholders worldwide, like the US Food and Drug Administration. Other agencies like the Banking Authority, however, may be less able to engage, because their remit is very specific and they do not have the resources to advise on non-EU countries’ regulatory systems.

In other words, the UK needs to start thinking about how to engage EU agencies. Yes, the Medicines and Banking agencies leaving seem like a symbol of a diminished Britannia, but they might indicate a way forward if Britain can engage them effectively to help transfer the knowledge and capacities they have to the UK level. This would, of course, require an awful amount of everyday diplomacy and good will, something that after years of the British media bashing ‘Brussels bureaucrats’ is in precious short supply.

By Matt Wood, Lecturer in Politics at the University of Sheffield and ESRC Future Leaders Fellow. His current work focuses on the stakeholder engagement practices of EU agencies, and broader issues of legitimacy in the EU as a whole.