Why cake is going to stay on the Brexit menu 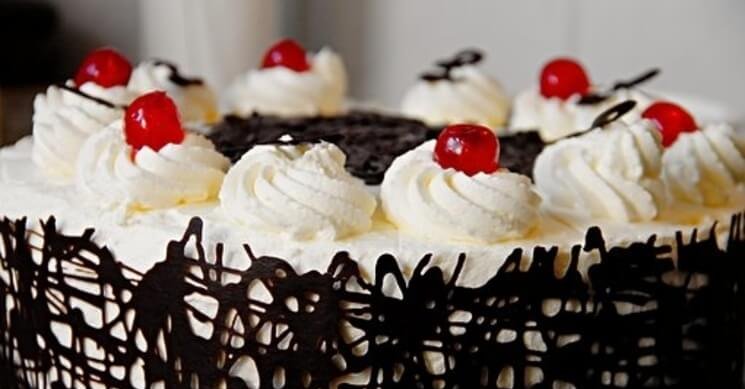 The optimistic view of the round of speeches over the past weeks that culminated in Theresa May’s contribution at Mansion House is that the UK is finally confronting the consequences of the EU referendum.

With both government ministers and Jeremy Corbyn devoting time to discussing and debating in more detail, this might be the point at which all sides in the Article 50 negotiations can know where the UK is, even if they don’t agree with it.

Sadly, such an optimistic view is not borne out by the evidence. Instead, we are like the customers in the Monty Python greasy spoon, being offered varieties of spam, updated only by its replacement with cake.

By this I mean internally inconsistent policy positions that are clearly incompatible with the present functioning of the European Union and, in some cases, with international law and regulation.

To take just one example, several have suggested that the UK could simply chose not to enforce customs with Ireland, so obviating the need for a hard border.

Not only does this run counter to WTO requirements, but it also forgets that a border has two sides (so the EU would also have to play along), and it neglects the other reasons a hard border might be needed, quite apart from customs.

Likewise, analogies between London’s congestion charge and managing the Irish border fail to recognise the multitude of legal, political and economic differences between municipal and international borders.

Even what might sound like a commonsensical model of a ‘jobs first Brexit’ does not engage with the economic modelling that clearly points to any form of Brexit reducing employment over the medium term.

Despite the best efforts of the EU and experts of all stripes trying to point out such problems, the UK appears to be stuck in a mode not a million miles from the referendum campaign: slogans that fit on buses and bullish claims speak to emotion rather than reason.

One might argue this is part of the spirit of the age.

If you want to cut through, then you have to sell yourself.

But this cannot be the whole explanation. The frequency with which challenges are met by ad hominem attacks or requests ‘not to talk Britain down’ suggest that the substantive merits are not sufficient to carry the day.

Of course, the divisive nature of the referendum – taking a complex nexus of issues and compressing it down to a binary outcome – has not aided mutual understanding.

The degree of suspicion on both sides of the domestic debate has been both a product and a driver of this, especially given the vocal nature of those still unwilling to accept the outcome of the vote.

One doesn’t have to look far to find individuals blinded by their rage over the ‘other lot’s’ blithe disregard of core values.

Further contributing to this has been the generally low level of knowledge and understanding, among both politicians and the public.

Certainly, this is a complex field, but there is often the impression that the former have not made the effort to get their heads around the various elements enough to communicate a coherent plan to the latter.

Instead, piecemeal insights and plans never get integrated into an overarching vision

And this is the more general issue at play here. The process we’re in has been about-face. We made a decision to leave the European Union, but didn’t agree on why we should leave.

You will now cry that it was about immigration, or control, or bendy bananas, and you’d be right: it was about all those things, and a million-and-one other things too.

The referendum was not a general election: it delivered neither a government nor a mandate to carry out a programme of policy, but instead a single action.

Without a settled plan of what country the UK is aiming to be it is impossible to generate a coherent plan for Brexit: relations with the EU are important, but they are not the be-all and end-all of politics and society.

It’s not too late to have that debate: indeed, until we do, we risk making contingent decisions that work against our common intent.

But that needs all of us to stop talking past each other; to listen and consider what others say and need. Politics is not about defeating your opponent, but about finding mutual gains and benefits. Or so one might hope.

It’s a truism to say that complex situations don’t have simple solutions, but we remain at a point where most of the British approaches to Brexit appear to rely on a will to power: if only we want it strongly enough, then it will happen.

That’s not to talk Britain down, to say that the best way to finding a lasting and equitable outcome from this is to take a cold, hard look at the situation and have an informed debate about what we want.

Let’s save the cake for a celebration party when we achieve that, not before.

By Dr Simon Usherwood, Deputy Director of The UK in a Changing Europe and Reader in Politics at the University of Surrey.