Why David Cameron had to call an EU referendum 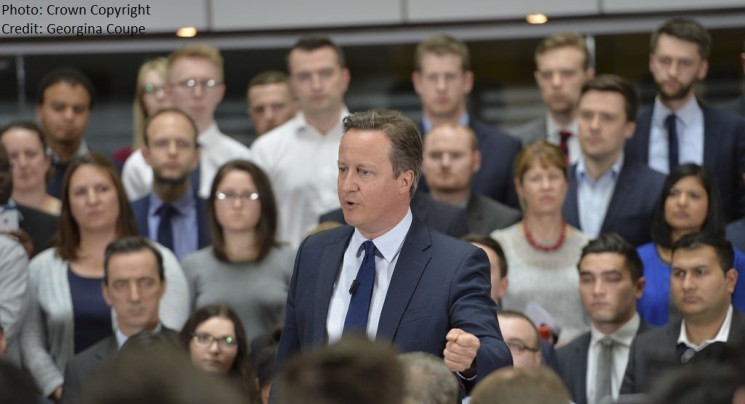 In his first conference speech as leader, David Cameron urged the Conservative Party to stop “banging on” about Europe. Why then did a Prime Minister who identified early the political dangers of talking about Europe call a referendum that ultimately led to his resignation?

One explanation lays in the increasing difficulty politicians have found in arguing against EU referendum.

In a recent study published in Quality & Quantity we extracted MPs’ patterns of argumentation about the use of the referendum across thousands of pages of parliamentary debates and analysed them using both statistical and qualitative analysis.

Harder to argue against a referendum on the EU

For instance, although quite common in the 1970s, the claim that the people lack the requisite knowledge to adequately take part in decision-making is now a lot more difficult to make by MPs.

A new type of democratic settlement?

Our results suggest that for a long time, the choice between realising participatory ideals and advancing the European project raised a serious dilemma to political representatives. The prevailing view was that citizen input on the EU project would forestall progress towards EU integration. Accordingly, support for European integration often mattered more than support for participatory ideals.

But, the decrease in the number of arguments expressed by political representatives against the use of referendum to settle European questions over the last 20 years, along with the gradual increase in referendums on other matters eg devolutions referendums suggest that participatory values and devices are progressively becoming part of the political culture in the UK.

Denying the right for a referendum on the EU became harder when people were being offered a choice on other issues – there were no referenda in the UK before 1973 and there have been eleven since.

This constitutes an important departure from the traditional Burkean view of democracy which has informed British political culture for more than three centuries and, according to which — political representatives’ responsibility is to make decisions on behalf of the people and independently from the views of their constituents.

Rather, it seems politicians are now more and more influenced by a Lockean view of democracy according to which — the establishment of a representative democracy does not imply that the people have given up their rights in absolute terms, but that they have simply transferred the execution of their rights legitimately to another body.

Hence, when matters of great importance arise deferring decision-making to the people is a duty rather than an option. David Cameron found out to his cost that the British public and their representatives now agree that big constitutional decisions should be made directly by the people.