Why did Brexit not work for the Conservatives? 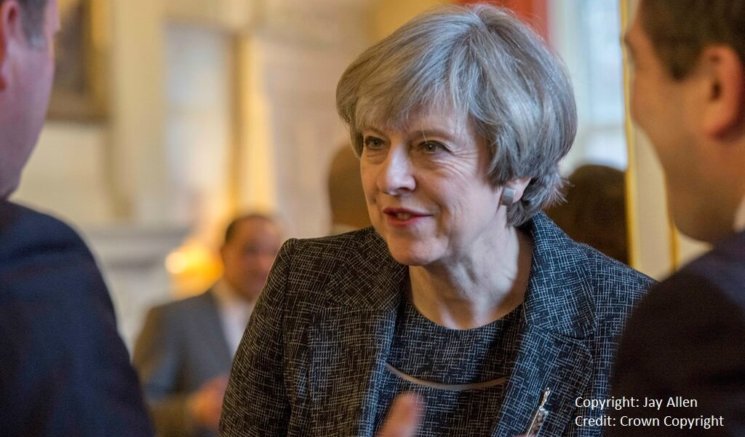 The Conservative activists gathered during Conservative Party conference had one question above all on their mind, ‘What went wrong in June?’ Theresa May called the snap election that month in the confident expectation that she would secure a much increased parliamentary majority for her vision of Brexit. In the event, she ended up losing the small majority she already had.

The latest evidence from NatCen’s random probability mixed mode panel released today (the lessons for Labour were released last Sunday) shows that in some quarters at least, the Prime Minister’s stance on Brexit did play to the Conservatives’ advantage. Indeed, it helped the party reach parts of the electorate where traditionally it has been relatively weak. However, amongst other voters it proved to be something of a millstone around the party’s neck.

The focus on reducing immigration that underpins Mrs May’s view of the kind of Brexit the UK should try to secure also seems to have helped win over some voters while repelling others. The party’s vote increased by as much as nine points amongst those who think that immigration severely undermines Britain’s cultural life. However, it fell back by as much as 12 points amongst those who think that people coming to the UK from elsewhere has strongly enriched the country’s culture.

Support for Leave and a hard Brexit is, of course, higher amongst older voters than their younger counterparts. So, it comes as no surprise that the party gained ground most amongst the over sixties while its support seems to have fallen back amongst the under thirties. As a result, well over half (56%) of those aged over sixty voted for the party, whereas only around three in ten (29%) of the under thirties did so. But given that older voters were already rather more likely than younger voters to back the party, this pattern simply widened (albeit quite dramatically) the existing age divide in the party’s support.

At the same time, support for Leave and a hard Brexit is much higher amongst those with few, if any, educational qualifications than it is amongst university graduates. Consequently, it tends to be higher, too, amongst working class voters than their middle class counterparts. So, as we might anticipate, Conservative support increased (by as much as seven points) amongst those without any educational qualifications, while it fell back (by six points) amongst university graduates. In turn the party’s support also fell back amongst those in professional and managerial jobs.

Unlike the difference by age, the party’s difficulty in securing the backing of some middle class voters is at odds with the traditional patterns of support for the party. Back in 2015 those in professional and managerial occupations were second only to small employers in their willingness to vote for the party. But in 2017, at 40% support for the party amongst professionals and managers was only seven points higher than amongst those in a semi-routine or routine (i.e. working class) occupation. Perhaps even more remarkably, university graduates (33%) were no more likely than working class voters (33%) – and even less likely than those without any educational qualifications (37%) – to vote for the Conservatives.

In short, Brexit helped to change the character of the Conservative vote in 2017, reducing the party’s appeal amongst university educated professional voters who might once have been expected to vote for the party, while helping it to win over some working class voters amongst whom the party has usually found it relatively difficult to win support. The resulting mosaic of support for the party can be seen in Table 1, which shows how the party’s performance in the election varied between the six political groups (identified by Latent Class Analysis of the panel data) that we introduced last week.

One set of predominantly middle class voters – our Comfortable Britain group of mostly older right-wing voters – continued to vote heavily for the party. However, not being especially concerned about immigration and containing many Remain as well as Leave voters, the party did not make much of a further advance amongst this group. Meanwhile, the party struggled amongst our group of university educated professionals with decidedly socially liberal views, that is, The Liberal Elite. Already relatively disinclined to vote Conservative, this set of voters became even less inclined in June to vote for the party.

Where, in contrast, the party did make marked progress, such that not far short of half of the group (45%, up 11 points on 2015) turned out to vote and backed the Conservatives, is amongst our group of Anti-Immigration Working Class voters. These are mostly middle aged and older working class voters who are not especially right-wing but are socially very conservative, are deeply concerned about immigration, while nearly all of them voted to Leave. It is amongst these voters above all – nearly one in five of whom (17%) had voted for UKIP in 2015 – that Mrs May’s election campaign had most appeal. Demographically, however, they are a rather different slice of the country than the Comfortable Britain voters that comprise the party’s traditional heartland.

Although a Remain voter herself, since becoming Prime Minister Mrs May has become a determined advocate of Brexit as she seeks to implement the ‘will of the people’. But perhaps in calling an election on the issue, she forgot that only just over half of those who participated in the EU referendum voted to Leave, and that consequently any attempt to appeal for a mandate for her vision of Brexit might well repel as many voters as it attracted. Of course, plenty else went wrong for the Conservatives and Mrs May during the campaign but calling an election on an issue on which the country is more or less evenly divided is inevitably something of a risk. And so in the event, it proved to be.

By Professor John Curtice, Brexit research leader at The UK in a Changing Europe. This analysis was published alongside the coverage of the Labour and Conservative Party Conferences by ITV’s Peston on Sunday programme. This piece originally featured on NatCen.