Why do Welsh Labour keep winning in Wales? 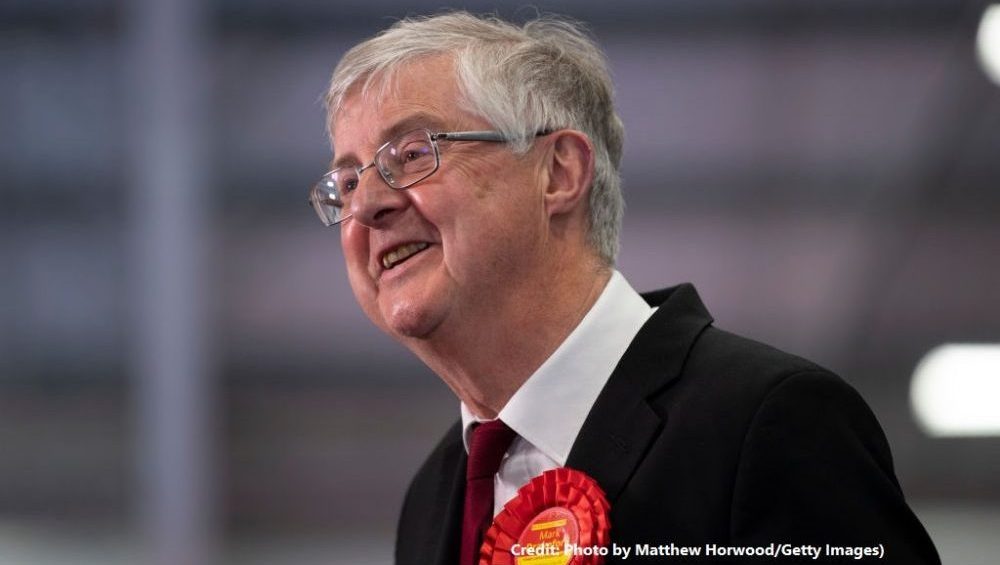 The Senedd 2021 votes have been counted and yet again, Welsh Labour have registered a resounding victory. In sharp contrast with the results in England, the party, long dominant in Wales, saw an increase in vote share on both the constituency and list ballots, and gained one seat.

This leaves them with 30 of 60 seats in the Senedd – matching their best ever seat share – and puts them in prime position to form a single-party government.

The Conservatives also recorded their highest ever seat and vote share at a devolved Welsh election.

That both main parties could increase their share at the same time reflected the redistribution of the 12% of the vote won by UKIP in the 2016 elections.

However, the Conservatives failed to take advantage of their momentum in the 2019 general election, and did not make gains in north east and south Wales.

Meanwhile Plaid Cymru had a disappointing election, failing to win in any of their target seats, with former leader Leanne Wood losing her constituency of Rhondda to Labour.

They managed to make a net gain of one seat, but only thanks to the distribution of seats via the list vote.

How did Welsh Labour buck the trend elsewhere, and what can we learn about how Labour as a whole can respond to the challenges it faces in the infamous ‘Red Wall’?

While we cannot yet track the movement of individual voters, we can identify the areas in which the main parties performed well, or struggled, by observing trends in the constituency-level data.

Focusing first on Welsh Labour and the Welsh Conservatives, we see very clear trends in the kinds of constituencies that each did well in.

For Welsh Labour, their constituency vote share was highest in constituencies where a high proportion of the population were born in Wales.

For the Conservatives, these constituencies were where their constituency vote share was lowest. 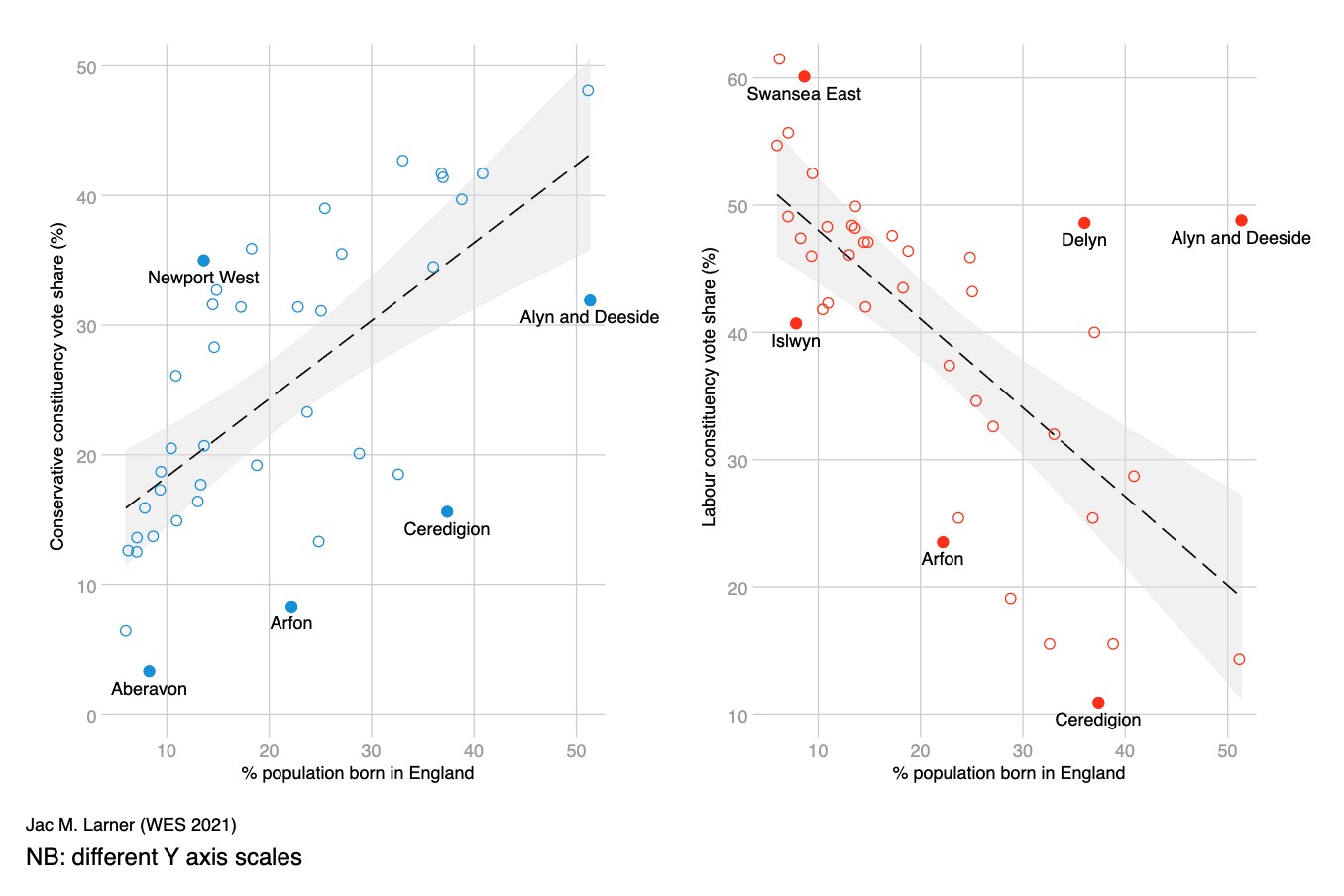 The Welsh Conservatives’ constituency vote share was generally higher in areas where a higher number of the population were born in England. This is where Welsh Labour vote share was lowest. 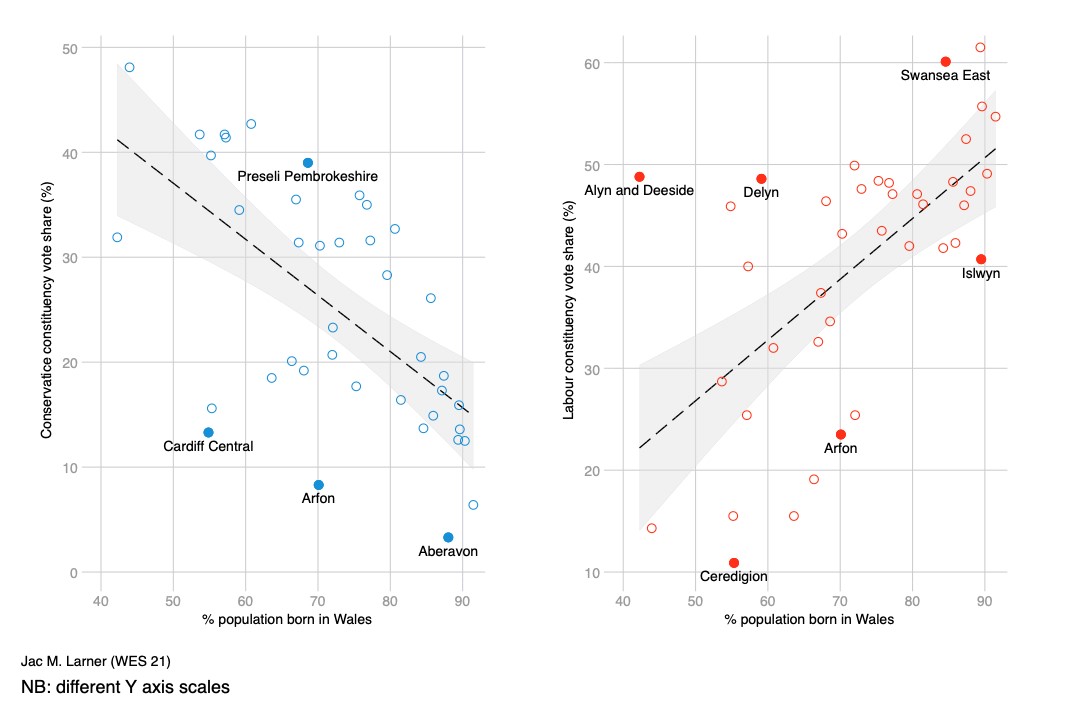 Again, while we cannot make inferences about individual-level behaviour from these trends, they do fit the narrative of elections in Wales.

From the onset of devolution, Welsh Labour have succeeded in cultivating a distinctly Welsh identity, separate from UK Labour (something Scottish Labour failed to achieve and that the English Labour Network would like to see Labour in England pursue).

The party’s appeals to Welshness and Welsh identity are also very popular: Welsh Election Study data suggests that just adding the word ‘Welsh’ in front of Labour results in roughly a four-point increase in vote intention.

Conversely, the Conservatives have long been seen as an English party, in Wales and in Scotland.

This perception continues: in the 2019 Welsh Election Study we asked respondents why they thought the Conservatives had historically always done worse in Wales compared to England.

Responses were open (meaning respondents could write whatever they wanted) but still a full third of respondents said Conservative weakness was a result of them being an English party.

Turning to Plaid Cymru, the only constituency-level measure available which predicts their constituency vote share is the share of the population who are able to speak Welsh: the greater the number of Welsh speakers, the higher the vote share for Plaid.

For Plaid to credibly challenge Welsh Labour as a party of government they will need to spread their appeal to the South Welsh valleys, an area with very high levels of population identifying as Welsh (as opposed to British, or Welsh and British) but a Labour stronghold for over a century.

Strong performances in Rhondda and Caerphilly – two constituencies that have always had strong showings for Plaid – demonstrate that Plaid have the ability to challenge in the Valleys with capable and popular local candidates and established campaigners.

Yet a poor result in Llanelli, a seat formerly held by Plaid, leave no easy route to constituency gains at the next Senedd election. 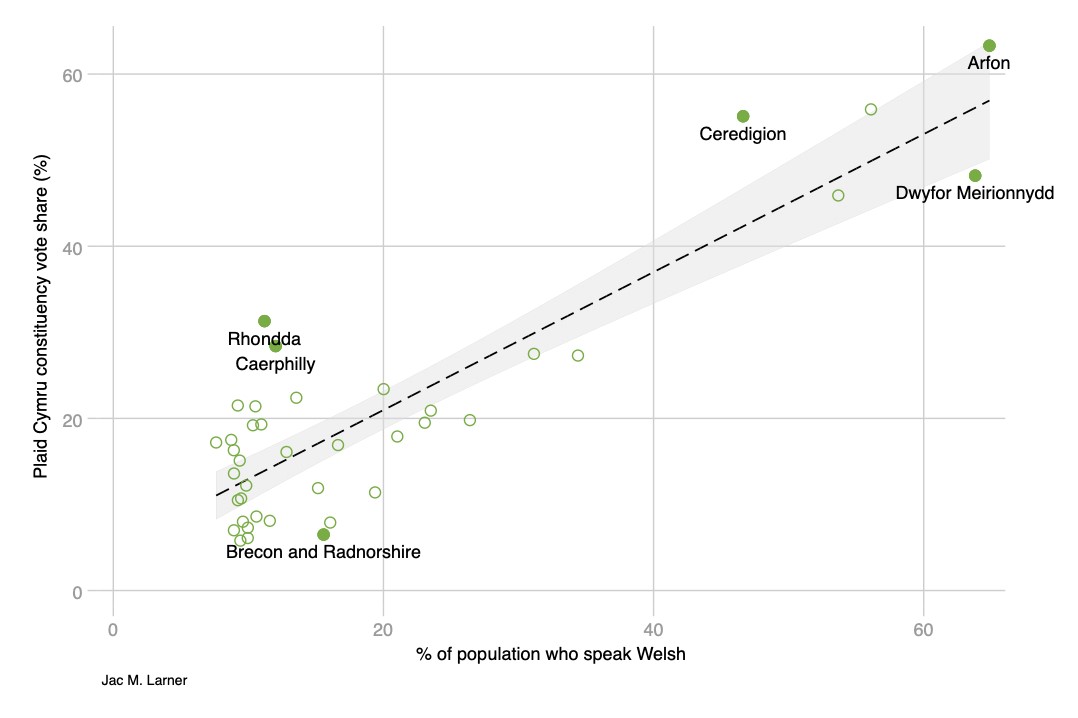 Finally, we turn to UKIP, a party that won seven seats at the 2016 devolved election. With their vote share collapsing in 2021, we can look at what happened in constituencies where UKIP previously performed well.

Here, we see that Conservative constituency vote share increased more in areas that had seen strong UKIP showings in 2016, a pattern seen in the local elections last contested in 2016.

For Plaid, the opposite is true, with their vote share declining in many constituencies where UKIP had performed well in 2016.

With Labour, the trend is far less clear and highlights another key contrast between Welsh Labour and UK Labour, Welsh Labour have been more successful in holding on to Leave voters than the UK party. 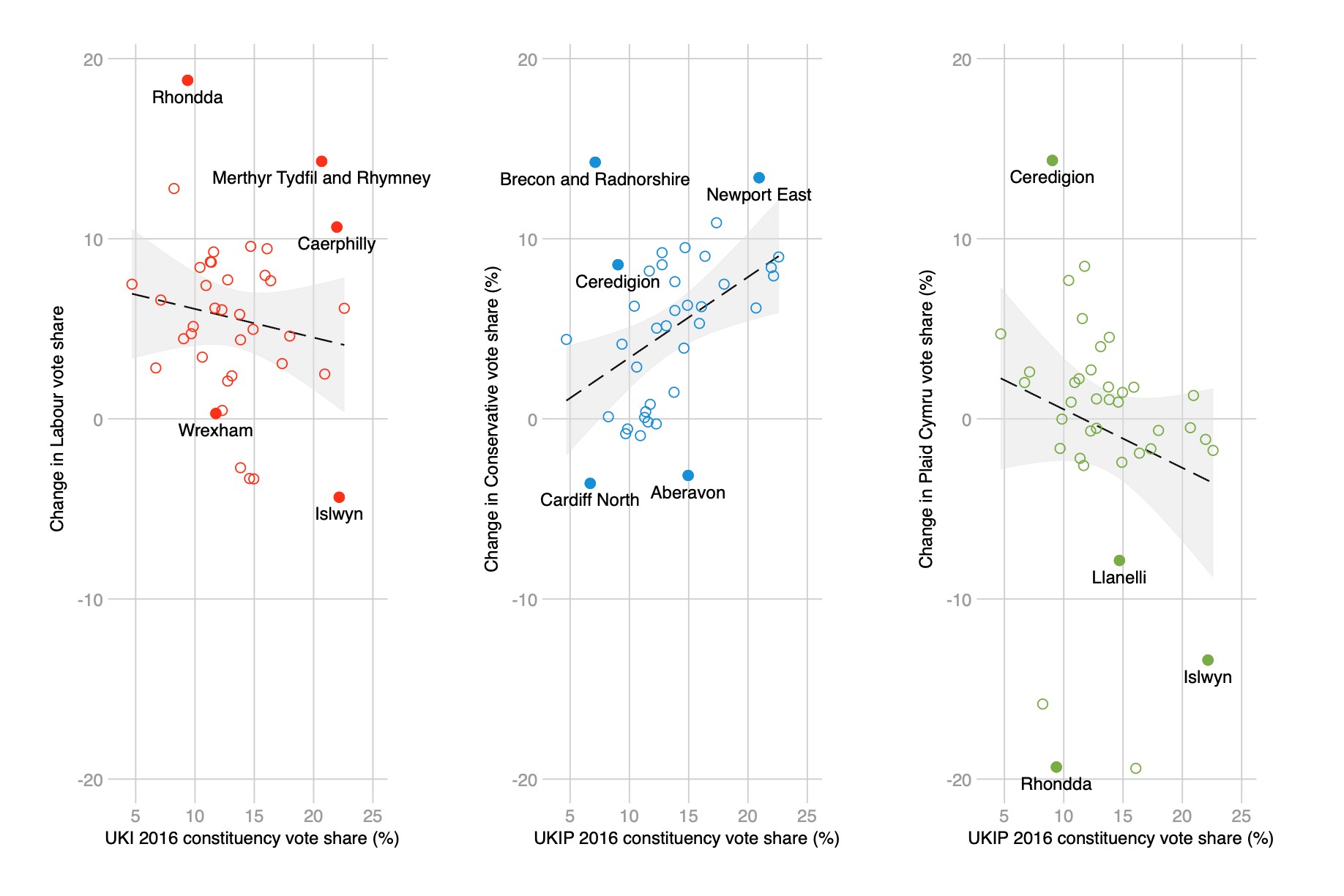 The 2021 elections highlight the important of Welsh identity for understanding the politics of Wales, something that the Welsh Election Study will seek to further uncover in the coming months.

They also potentially offer lessons for Labour elsewhere in the UK. Labour in government in Wales may have be able to capitalise on the incumbency effects seen elsewhere, as the population reward those who have delivered the vaccine roll-out and set them back on the path to normal life.

But they have also developed a distinct relationship with ‘Welshness’ which allows them to connect with voters across the ‘Brexit’ divide in a way that UK Labour appear to still be unable to do.

By Jac Larner, Lecturer in Politics at Cardiff University and a Research Associate on the ESRC funded Welsh Election Study and Paula Surridge, Deputy Director at the UK in a Changing Europe.