Why Europe will need to do more 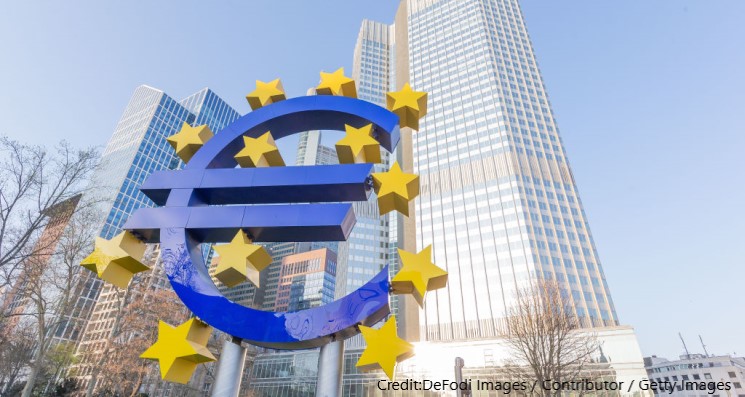 The Eurogroup might also cheer what the European Parliament is proposing in terms of ramping up and redirecting the budget talks within the multiannual financial framework. It may even find time to laud the benevolent fund suggested by Dutch Prime Minister Mark Rutte.

These are all positive displays of unity and solidarity. Nevertheless, this whole raft of measures is simply not enough. Europe needs a massive fiscal stimulus to overcome an unprecedented economic crisis. Even putting everything together, these bold and ambitious initiatives just doesn’t cut it.

There are a lot of good proposals on the table about how to raise the funds that will be necessary to provide that stimulus. My goal is not to add to that list – instead, I want to do two things. First, I want to characterize what is necessary in the most basic terms. Second, I want to explain why that is necessary.

What Europe needs in the most basic terms is some kind of borrowing instrument that national governments will and can use to raise large amounts of money over the very long term and at very low rates of interest. That’s it.

They do not need one government to pay for another; they do not need to transfer money across national boundaries in real time. What they need is the ability to borrow large amounts of money over a long period of time at a cost that will be sustainable during what looks likely to be a slow and difficult recovery process.

The many proposals I have alluded to – running from coronabonds to some kind of revamping of the European Stability Mechanism to issue much larger volumes of debt than it can at the moment – all point in the right direction.

Those proposals just need to be tweaked to ensure that (a) national governments will use them to raise the money they need to blunt the impact of this crisis and recover as quickly as possible, (b) that national governments will eventually pay back the money that they borrow, and (c) that someone will be willing to lend their money by buying and holding onto these instruments.

How they do all that combines a little bit of financial engineering with a lot of patient handholding for politicians who have to explain these instruments to their national electorates. No one should underestimate the sensitivities involved here.

But the basic principles are easy to spell out in plain English: lots of money needed over a long period of time and at rates of interest low enough that national governments can afford to pay back what they borrow once the crisis is past and the hard work of rebuilding is completed.

So why is this necessary? There are many reasons. The most obvious is that not all governments are equally prepared to confront this crisis with the massive fiscal stimulus that is required – and market participants know that.

As a result, market participants are betting that some countries will do better than others. These bets are actually making it more likely that the weaker governments will fail, because they make it more expensive for them to borrow the money that is required and so more likely that they will do less than they need to complete the task of blunting the crisis and rebuilding their economies.

We saw this problem on full display on 12 March, when the ECB President gave her monetary policy press conference. That is why the ECB swung massively into action.

My colleagues, Sophie Meunier and R. Daniel Kelemen, and I wrote a paper to explain why this predicament was likely in 2016, pointing to the incompleteness of the mechanisms to stabilize European financial markets after the last crisis.

Europe’s leaders did the best they could to build an effective response, but politics prevented them from doing all that was required. At some point, the Eurogroup will have to revisit that negotiation. For now, it is important to fill the gaps.

It is wishful thinking to believe that the ECB can solve Europe’s problem acting alone. The problem is not technical; it is political. The ECB has plenty of ammunition it can fire at this problem including ‘helicopter money’ and ‘dual policy rates’.

Some of that ammunition is visible in the ECB’s most recent package of measures. There is much more left in reserve. But having the ECB act in this way carries a high price for the institution, creating huge distortions on its balance sheet and exposing it to fundamental problems of political legitimacy.

In a video lecture I explained what the ECB can and cannot be expected to accomplish using these unconventional instruments. I have also looked closely at the deepening challenges to the ECB’s political legitimacy.

It would be no good for Europe’s leaders to try and save the European economy if they broke the single currency irreparably along the way.

But if Europe’s leaders cannot rely on the ECB, then they will have to come up with something of their own that is big enough to make a dent in this problem. That dilemma is new to this crisis.

The last time we faced this sort of challenge, the worry was about how to reengineer European financial markets to make them more stable and so resilient to periodic banking crises.

At that time, I argued strongly that Europe should create common debt instruments as a source of stability. I also explained that I do not believe that the EU needs a common fiscal authority so much as it needs better financial market institutions. Many of my colleagues complained that these positions are inconsistent. I disagree.

That old debate about eurobonds and a common fiscal authority is completely irrelevant to the question that European leaders confront today.

The new debate is much simpler and much more important: it is about how to generate enough money now to blunt the impact of this crisis and to finance the long and difficult economic recovery that will follow. It is also about how to ensure that national governments get access to the resources that they need at a price that they can afford so that any money borrowed is repaid by those governments over the longer term.

Finally, it is about how to convince market participants to lend the money in the first place.

Those are debates for another day. Today, the Eurogroup needs to focus on getting the resources necessary to respond to the crisis both now and during the recovery.