Why facts mattered in the campaign 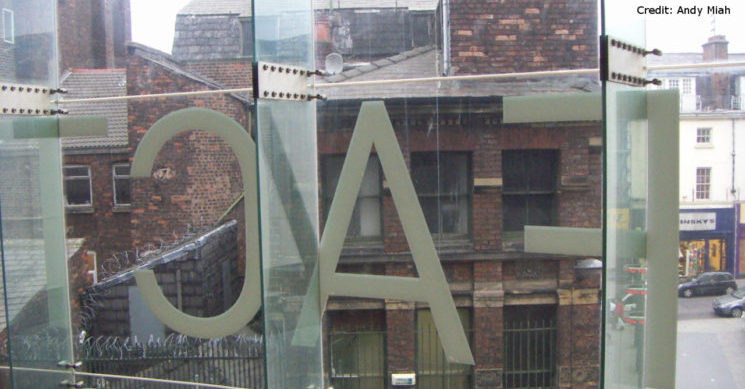 Knowing the outcome of the referendum, it is both tempting and wrong to conceive of a simple narrative of why one side won and the other lost. Moreover, given the narrowness of the result with only 1 in 10 voters tilting the balance, one can easily exaggerate the influence of any particular factor.

Nonetheless, factual and analytical claims played a crucial role in supporting or undermining dominant narratives about the EU during the campaign and may play a key role in determining what happens next as the UK appears to enter a constitutional crisis.

This may appear counter-intuitive as the Leave campaign won despite being faced with strong expert critiques of its claims about, for instance, the positive economic prospects of the UK outside the EU or Turkey joining the EU soon. Leave drove around the country with a prominent claim on its bus that was manifestly false, whilst Michael Gove said “people in this country have had enough of experts”.

Yet, all successful arguments, narratives and frames need to be rooted in facts held to be true and such consistency is also crucial to the credibility of advocates. Evidential beliefs are grounded in directly accessible evidence such as the legal powers each EU institution has according to the treaties or UK government policy on Turkish accession to the EU. Causal beliefs relate to judgements about past, present or future dynamics such as claims the EU-27 would be unwilling to give the UK access to the Single Market whilst opting out of freedom of movement.

The Leave campaigns central slogan of “taking back control” from a corrupt, failing, alien, and anti-democratic Brussels was successful with many audiences because it was rooted in thousands of claims made over a long period of time about “Brussels”, especially in the press. The issue here is not solely about the predominant “anti-EU bias” during the campaign itself, but the effects of negative press coverage of the EU on beliefs over decades. While other European countries also know Euroscepticism, Britain is unique in the nature of its media coverage of European integration.

There were many hundreds of Euromyths about unelected bureaucrats banning loved British food and customs, reports about Britain being isolated as other countries gang-up on it and a lack of coverage of MEPs doing their job This was supported by an overarching narrative of the EU being all powerful and Britain being without a say, and friends, and EU institutions being unaccountable. Some of these claims had a grain of truth in them, but the overwhelming majority has been at best misleading and often manifestly false. Whilst television coverage has been perceived as considerably less biased and more trusted, it was not proactive to educate citizens about the EU.

Successive governments have contributed to these beliefs by claiming any economic and political successes for themselves and blaming Brussels for uncomfortable outcomes. We know since the Leveson inquiry how successive prime ministers felt severely constrained to stand-up to the power of the eurosceptic press and their owners’ editorial agendas.

The rejection of the case made by an overwhelming majority of elite actors points partly to the lack of credibility of the leading figures, particularly Cameron, but also Corbyn. However, more importantly the Remain campaign started from a huge “deficit” in public knowledge about the nature of the EU, its powers and the UK role within it. There are natural limits to how much the Remain side could to do to overcome deeply ingrained views about the EU, but there is little evidence that they tried. Some ‘in-‘campaigners such as Labour leader Jeremy Corbyn, endorsed the “leave” critique of the EU as undemocratic and unaccountable without specifying the reasons or being clear about the remedies.

Two lessons emerge from this: First, those who are interested in the UK forging a constructive and friendly relationship with the EU, will need to invest more in educating the public about what the EU is and how it actually works. Perhaps, more importantly, do not let inaccurate reporting, and the inadequate regulatory regime for the media allowing it, go without challenge. Otherwise, persuasive positive stories about the EU will struggle to resonate.

Secondly, profound questions about the linkage between democracy, political promises and knowledge arise: does it matter on what grounds votes are cast in an advisory referendum as compared to general elections? Does it matter many citizens may have voted the way they did because of weak, misleading or false claims? Does it matter if promises made by the Leave campaign are withdrawn just days after the vote or evaporate over time when faced with economic and political reality post-Brexit? Politics will show.

By Christoph Meyer, professor of European and International politics. This is an edited version of the original article which appeared on the EU Referendum analysis 2016