Party leaders should not be chosen by grassroots members 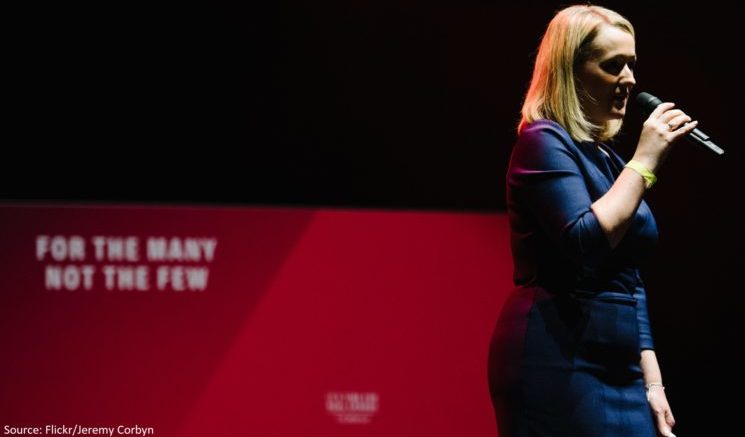 Election for Labour party leader is underway, with a final decision due after a ballot of party members and affiliated supporters on 4 April. Currently, four candidates are pursuing nominations from constituency parties and affiliated organisations, following an initial round of nominations by Labour MPs (and MEPs). Under Labour’s present system, the party’s MPs have relatively little control over the outcome – serving solely as ‘gatekeepers’ to the ballot.

As occurred in 2015, a leader could hence emerge who has little Parliamentary Labour Party (PLP) support. This arrangement departs significantly from the original basis for choosing UK party leaders, and is unusual internationally. It has potentially destabilising effects on the whole political system, given parliament’s centrality. This post argues that, in the short-term, pledges from Labour candidates could avoid the worst potential effects on the party.

The history of leadership election rules

Traditionally, MPs chose the UK’s party leaders. Labour was the first party to diverge from this, under pressure from left-wing activists in the 1970s. Believing that MPs were prone to pick overly-centrist leaders, the Campaign for Labour Party Democracy pressed for local party and trade union involvement.

This led to adoption of the so-called ‘electoral college’ in 1981, giving equal weight in the final outcome to 3 groups – MPs, constituency parties and affiliated organisations – though MPs controlled the initial nominations. That system survived largely intact for decades without upset. Crucially, the final ballot outcome was consistent with MPs’ own preferences for the elections of Neil Kinnock in 1983, John Smith in 1992 and Tony Blair in 1994 (while Gordon Brown’s 2007 succession was uncontested).

Cracks began showing in 2010, when Ed Miliband was elected despite his brother David having greater support from both MPs and party members. To avoid future splits in the electoral college Ed Miliband abolished it – giving the final say to members, ‘registered supporters’ and affiliated members who all participate on an equal basis. This system elected Jeremy Corbyn in 2015 – despite his limited backing in the PLP – and is being repeated (with minor modifications) now.

The Conservative Party changed its rules more slowly, and retained more safeguards. Famously, Conservatives used to pick their leader through a system of informal ‘soundings’ in the parliamentary party, with formal elections not introduced until 1965. Thereafter, the leader continued being chosen by Conservative MPs, until William Hague’s reforms following the party’s 1997 defeat.

The new system echoed Labour’s, by including the wider membership, but retained stronger parliamentary party control. Candidates are whittled down to two (if necessary) through successive MP ballots, with the choice between them being put to the wider membership.

This system remains unchanged, and was most recently deployed in 2019 when Boris Johnson beat Jeremy Hunt. Notably, in both 2003 and 2016 the parliamentary party chose a leader (Michael Howard and Theresa May, respectively) without a member ballot, after other potential candidates withdrew.

Inclusion of the wider party membership inclusion in selecting leaders has weakened traditional lines of accountability, as illustrated most starkly by Jeremy Corbyn’s leadership. Although MPs (very narrowly) put Corbyn on the ballot in 2015 it was always clear that he had only minority support within the PLP.

A vote of no-confidence in June 2016 made this explicit, when 172 Labour MPs (81%) voted against him, and only 40 in favour. This sparked a fresh leadership contest, which Corbyn comfortably won – leaving the PLP to coexist with a leader that it plainly did not support.

The difficult interpersonal dynamics of this situation are obvious. But it is also constitutionally problematic. The UK is a parliamentary democracy, meaning that the government (and by association its leader) must retain the confidence of the House of Commons to remain in office.

Direct election of the party leader by an extra-parliamentary party introduces a dynamic more similar to a presidential system (see diagram), where accountability is split. But a UK party leader is chosen as a potential Prime Minister, not a President; they will only be able to govern successfully if they can retain parliament’s support. 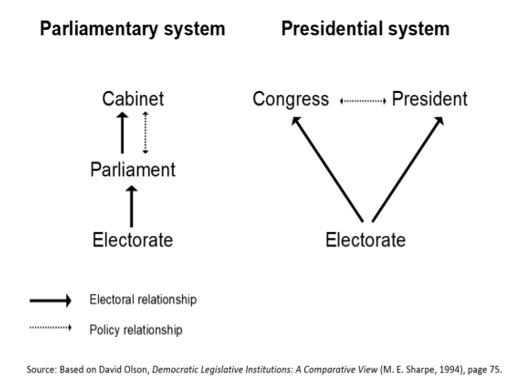 Former Labour Deputy Leader Tom Watson acknowledged this reality in a recent interview. Looking back to 2016 he suggested that ‘as soon as the leader loses the confidence of the parliamentary party it’s almost impossible to see how you can form a government’. This is a fundamental point – a leader lacking their own party’s confidence is simply not credible as Prime Minister, as without that support they are unlikely to enjoy the confidence of the House of Commons.

Perhaps this dynamic played out with respect to Corbyn later in the Brexit process. In summer 2019 cross-party discussions about forming a ‘unity’ government to prevent a ‘no deal’ Brexit took place. But Corbyn’s leadership was a major obstacle. It is one of the many ‘what if’s of Brexit whether a different leader – with clearer support from Labour MPs – might have succeeded where Corbyn failed.

The Conservative leadership system has seen no result quite this problematic. Nonetheless, Iain Duncan Smith’s election in 2001 has some echoes of the Corbyn case. Michael Portillo, the original front runner amongst Conservative MPs, was knocked out through strategic (and perhaps partly miscalculated) voting.

One participant suggested that some MPs ‘were making a statement by voting for Duncan Smith but didn’t really expect him to become leader as a result’, while an analysis of his leadership suggests that ‘His legitimacy was undermined by the [fact that] a large majority of the [parliamentary Conservative Party] had declined to endorse him’. Duncan Smith was ultimately ousted before he could face the electorate, leading to Michael Howard’s uncontested elevation to leader in 2003.

What should be done?

Longer-term, a thorough review of leadership rules seems warranted. This includes questions already visited by Labour in recent years – including the necessary threshold for MP nominations, and the ability to sign up during the contest as a member or ‘registered supporter’. This latter facility has seen over 100,000 people join Labour since December – which at one level seems healthy, but also raises concerns about infiltration (which clearly occurred to some extent in 2015).

A compromise would be for Labour to adopt something closer to the Conservative rules, giving a larger role to the parliamentary party; but the Duncan Smith case shows that these have problems too. A more radical approach would be to accept the logic of a parliamentary system, and return the choice of parliamentary leader to MPs.

MPs after all know the candidates best, and can also make decisions quickly – as the Conservatives did in 2003 and 2016. In international terms the UK’s decentralised system is relatively unusual. Notably, in some countries the extra-parliamentary party picks its own leader, who is separate to the parliamentary party leader.

Shorter-term, if Labour’s new leader is to succeed, it seems essential that they have the confidence of the parliamentary party. Notably, Emily Thornberry (who received the smallest number of MP nominations) has pledged to step aside if she lacks that confidence.

As a minimum, other candidates should promise the same. The Conservative Party rules already prevent a leader who has lost the parliamentary party’s confidence from standing again. Such a rule seems a minimum requirement to ensure the integrity of the system.

By Meg Russell, senior fellow at The UK in a Changing Europe. This article is republished from The Conversation under a Creative Commons license.