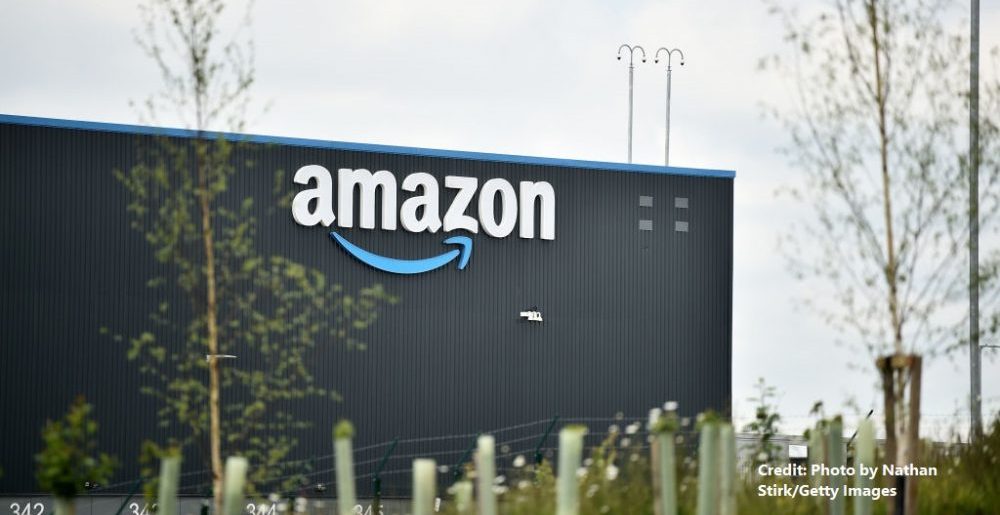 Amazon has announced that from 19 January 2022, customers will no longer be able to make purchases using Visa credit cards issued in the UK.

Payments using Visa debit cards and other credit cards, such as American Express and Mastercard, will be unaffected.

Given that UK-issued Visa credit cards have been singled out by Amazon, it is not surprising that Brexit has been identified as a likely cause.

However, this is only partly true. Amazon’s policy needs to be understood as a consequence of the specific type of Brexit being pursued, and a reflection of wider changes in payment processing that are not limited to the UK.

In an email sent to customers, Amazon attributes its decision to the high fees charged by Visa for processing credit card transactions.

It is true that processing fees for some cards and transactions have increased in the UK following Brexit. This is because of post-Brexit changes in the regulation of so-called interchange fees in the UK. Interchange fees are charged by card providers to merchants for every credit and debit card transaction.

The problem is that fees charged by card issuers have long varied between countries: a Visa card issued by a French bank, and used in France, could attract different fees than one issued by and used in Germany.

As a result the EU has increasingly sought to regulate interchange fees since 2015, hoping to equalise these fees.

This has come particularly in the light of the increased use of cards (rather than cash) to pay for purchases – a trend that has obviously exacerbated sharply during the pandemic. In the UK, there were 24.7% more debit card transactions in August 2021 compared with August 2019, and 10% more credit card transactions over the same period.

In an effort to increase card competition within the single market and provide clarity to consumers and merchants, in 2015 the EU’s European Interchange Fee Regulation set caps on transactions within the EU of 0.2% for debit cards and 0.3% for credit cards.

This was extended in 2019 to transactions where one party was outside the EU, for Visa and Mastercard. For these transactions – between, say, a person using a Visa card issued by a bank in the US to buy something from a retailer within the EEA – the rates were kept at 0.2% for debit cards and 0.3% for credit cards for in person transactions but increased to 1.15% and 1.5% respectively for purchased made online or by phone.

Whilst the UK was a member state, these regulations applied to transactions using UK-issued cards. When the UK left the EU, it retained the caps on domestic UK transactions but not the cap on interchange fees from Visa and Mastercard card transactions which involved UK and EU parties (a person in the UK and a seller in the EU).

As a result, Mastercard and Visa both announced in early 2021 that they would increase their interchange fees on UK-EU transactions for so-called ‘card not present’ transactions (that is, online and over the phone) to 1.15% for debit cards and 1.5% for credit cards in line with the UK’s status as a non-EU member state. The rise does not apply to the use of UK Visa and Mastercard credit cards in person within the EEA.

As a result, a credit card payment from a UK-issued card is classed as ‘cross border’ and is liable for the 1.5% interchange fee on an online purchase.

As a result, it is true that Brexit-related regulatory changes have facilitated the increased charges made by Visa and Mastercard for processing card payments made online in the EU by UK-based card holders.

However, this is only part of the story: remember, Amazon has only banned Visa payments and yet the regulatory changes also apply to Mastercard. This indicates that the decision needs to be understood within the context of a rapidly growing and changing online payments landscape.

Like many large tech companies, Amazon is increasingly entering the financial services sector. Now, it so happens that it offers its own Mastercard credit card, and it seems likely that its decision not to ban the use of Mastercard reflects an intention to not exclude its own UK Amazon Mastercard customers from making online purchases with their credit card.

Amazon has also introduced surcharges for customers using Visa credit cards in other countries, such as Singapore and Australia. This suggests that Amazon’s change for UK customers may be linked to a wider strategy of trying to increase transaction charges for credit card transactions made with Visa.

It is also important to remember that whilst Brexit meant the UK left the EU’s regulatory domain, the UK is free to adopt regulations that would limit cross-border online credit card transactions, as it has done for domestic transactions.

Echoing calls in other policy areas, such as labour market shortages, for changes to be made to the UK’s current trading relationship with the EU, on card processing charges the UK Trade and Business Commission has urged the government to ‘improve the UK-EU trade and cooperation agreement to keep British businesses competitive’.

In this respect Amazon’s Visa ban shows that whilst Brexit is done, the type of Brexit being delivered is not fixed, and there are ways in which changes could be made to address the concerns of both businesses and consumers.

By Sarah Hall, Senior Fellow at the UK in a Changing Europe.