Why Ireland wants the UK to remain in the EU 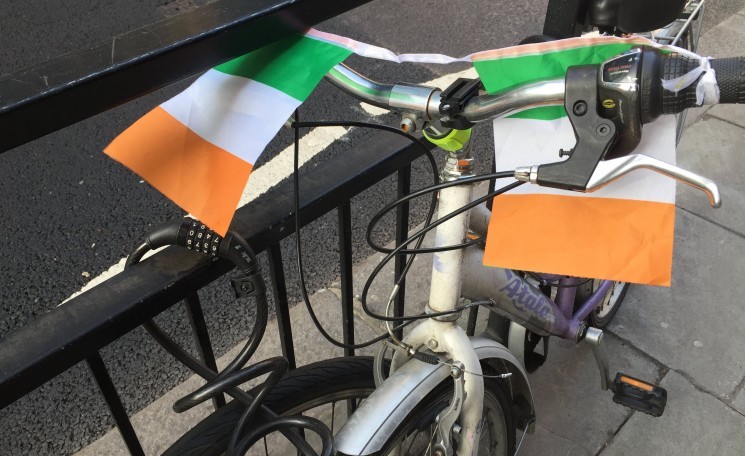 With just over three months until the referendum on the UK’s membership of the European Union, the Brexit debate is intensifying across the UK and increasingly making headlines in other EU member states. Nowhere are concerns of a Brexit so strong and so pronounced as in Ireland. According to Irish Finance Minister Michael Noonan, the Irish government is an ‘unashamed supporter’ of the UK remaining in the EU.

This view is widely shared within Irish society and certainly by most political parties, a majority of business leaders and the majority of the public. Worries of a Brexit are real and encompass a number of issues that relate to Ireland’s geographical position, its shared history with the UK, existing political relationships, strong cultural ties between the peoples on both islands and concerns about the consequences of a Brexit for the Irish economy.

Ireland is not just the UK’s closest neighbour but the only one it shares a land border with. Moreover, historical connections between both islands run very deep and stretch back at least 800 years. The relationship between the people in the two islands has not always been easy and has been marked on occasions by conflict. As Ireland commemorates the centenary of the Easter Rising in 1916 it is worth remembering how fraught political relations between the two states have been since the creation of the Irish Free State in 1922.

At the core of this tension lay differing views on the status of Northern Ireland. The 1990s peace process and the subsequent 1998 Good Friday agreement helped to transform the relationships between the UK and the Republic of Ireland, particularly through the creation of a number of cross border institutions to develop cooperation and understanding between the Republic of Ireland and Northern Ireland as well as between Dublin and London.

Common EU membership has certainly been a factor for facilitating improved relations between both islands. Indeed, European Council summits have offered regular opportunities for British and Irish prime ministers to discuss British/Irish relations. Political relations within and between both islands improved to such an extent as to make possible the first ever visit of Queen Elizabeth II to Ireland in 2011. From an Irish perspective the possibility of a Brexit unsettling the current status quo is real as it would limit some of the connection points between Ireland and the UK. According to Irish Prime Minister Enda Kenny, this could undermine the stability of the peace process itself.

The issue of Northern Ireland stands at the heart of Irish/British relations and concerns about the state of Irish/Northern Irish relations in case of a British exit from the EU must be factored into any analysis of why Ireland wants the UK to remain in the EU. The shape and nature of the land border between the Republic of Ireland and Northern Ireland is one of the great unknowns in the Brexit debate. In theory, Brexit implies the creation of a hard border between north and south. The possible return of customs posts and the imposition of tariffs would pose issues to companies trading between both parts of the island, disrupt travel and potentially exacerbate feelings that a new form of partition has come about.

The nature of the UK-Irish border in case of a British exit from the EU is a highly sensitive issue. Indeed, will the Common Travel Area between Ireland and the UK in existence since 1923 remain in place post Brexit? For Ireland Brexit implies considerable uncertainty, threatens to undermine the existing status quo and disrupt flows of both people and goods between Ireland and the UK. Today some 500,000 Irish nationals live in Great Britain and are entitled to vote in the referendum.

Cultural and political fears are compounded by concerns over the impact of a Brexit on Ireland’s economy. The two economies are tightly linked in terms of trade. Not only does Ireland constitute the UK’s seventh largest export market, but the British market has grown in significance over the last two decades for Irish exporters. Currently the UK is Ireland’s largest trading partner by some distance. Some one third of all Irish imports come from the UK and some sixteen per cent of all Irish exports are destined for the UK market.  Overall, this bilateral trade between the islands is estimated to be worth between some £775 million and £1 billion per week.

Leading business fora such as the Irish Business and Employers Confederation vocally argue that the UK should remain a member of the EU. Of course, Irish businesses are also weary of a Brexit, concerned it may enable the UK to abandon certain EU regulations and laws to gain some competitive advantage. Much depends on whether a post-Brexit UK wishes to gain access to the single market and become a member of the EEA. The situation is highly uncertain and has led many businesses such as Ryanair to openly call for the UK to remain in the EU.

Nowhere will the outcome of the referendum on the UK’s membership of the EU be so eagerly anticipated as in Ireland. A vote for Brexit will compel the Irish government to consider how to best manage a new relationship with the UK and especially to maintain and develop its links with Northern Ireland. Irish diplomacy may be tested in a way it has never been since Ireland ceased to have British dominion status and became a republic in 1949.