Why is the backstop needed? 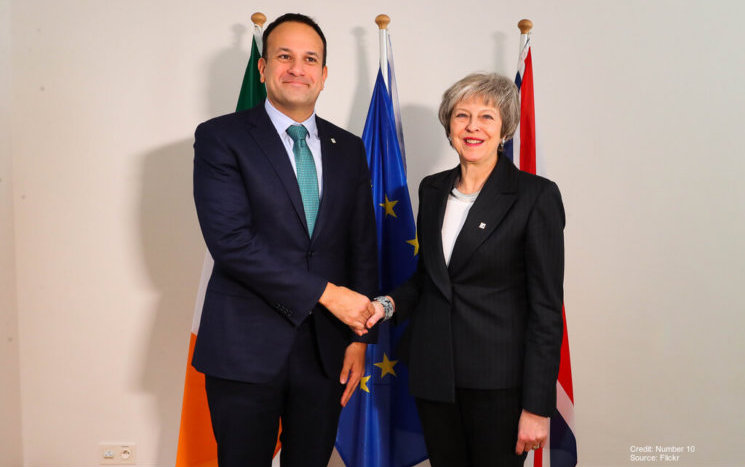 The Protocol on Ireland/Northern Ireland is a modest and reasonable exercise in conservation and protection in the context of the detrimental impact on the island of Ireland of the UK’s withdrawal from the EU. Its portrayal in the Brexit debate has been, at times, quite remarkable.

Rather than being an imposition from either side, the Protocol flows from existing agreements. It has been shaped by extensive input from the UK, as well as the EU. Like all such measures, it is a compromise, informed by considered reflection and a desire to limit the negative consequences of Brexit.

There continues to be acceptance and recognition in the negotiations that the circumstances of the island of Ireland are unique. Brexit turns the land border on the island (the only such border within the UK) into an external border of the EU.

This also makes it an open border with an EU member state. Common EU membership eased tensions on the island and helped to render the border invisible. There is extensive and ongoing North-South co-operation and significant daily movements of people and goods.

The impact on businesses on the island is well known and well documented. But people also lead increasingly complex lives in, for example, border areas. EU membership assists in making this possible.

There are three themes to note in thinking about why the backstop is needed: first, as a measured insurance policy; second, the three-stranded rationale for its inclusion; and, third, the reasons why it is not going away.

First, the participants in the negotiations have repeatedly stressed that the backstop provisions in the Protocol are intended to be replaced by ‘alternative arrangements’ that would achieve the same objectives.

The intention is that the backstop is temporary and will be superseded by the agreement to follow. However, it is sensible and logical that there is an ‘unless and until’ element.

What comes next must be robust and effective enough to meet the agreed objectives of both the EU and the UK. It would be silly not to include something like the Protocol in an agreement of this nature. It remains difficult to see how the Protocol could be any clearer on these matters.

Second, there are three broad strands in the rationale for its inclusion: avoidance of a hard border, protection of the Belfast/Good Friday Agreement in all its parts and ensuring ongoing North-South co-operation. Much of this is self-evidently sensible.

There is a real risk that Brexit will eventually result in the return of physical infrastructure on the border and the gradual hardening of that border over time.

And while much of the debate about the border has focused on the EU’s priorities (with respect to the integrity of the single market), there is another side to this story which requires care when discussing the future of the border. The referendum debate about ‘taking back control’ encompassed issues related to border control.

Should Ireland and the EU really be asked to take it on faith that a project inspired by anxieties over immigration will not lead over time to demands to restrict movement? The Protocol is a legally credible attempt to ensure that this hardening of the border does not happen.

Common membership of the EU was a background assumption of the peace process and the EU is mentioned in the Belfast/Good Friday Agreement.

Everyone wants to protect that agreement, and it is commendable that the Protocol seeks to do so, including with a welcome recognition of the potential impact on the human rights and equality aspects.

It is worth observing too that the Protocol explicitly includes reference to the ‘principle of consent’ and the ‘territorial integrity’ of the UK. The fact that the EU has stretched itself to recognise the concerns of the UK (and unionism) is badly neglected in the current conversation.

The acknowledgement of the need to conserve the benefits of North-South co-operation is also significant. This has been vital to the evolving peace process and the socio-economic development of the island (especially in border areas).

Almost all participants agree on the objectives. The virtue of the backstop is that it provides much needed detail and clarity in the face of much fuzzy thinking. It is a defensible legal answer to a range of complex and difficult political questions.

Finally, the conduct of the negotiations, and the realities of the UK constitution, confirm precisely why a guarantee like this is necessary. It would be unwise of either the EU or the UK—given the volatility of political life—to make too many assumptions about what might happen next.

Given historical relations, and the scope for mutual misunderstanding, no Irish government could simply rely on political assurances that everything will be fine or that solutions (so far absent) will suddenly appear.

What has been adopted in the Protocol flows from existing agreements, and much of it results directly from the UK’s own interests and demands. It is needed and the reasons underpinning its inclusion will not go away