Why is the Northern Ireland Protocol so difficult? 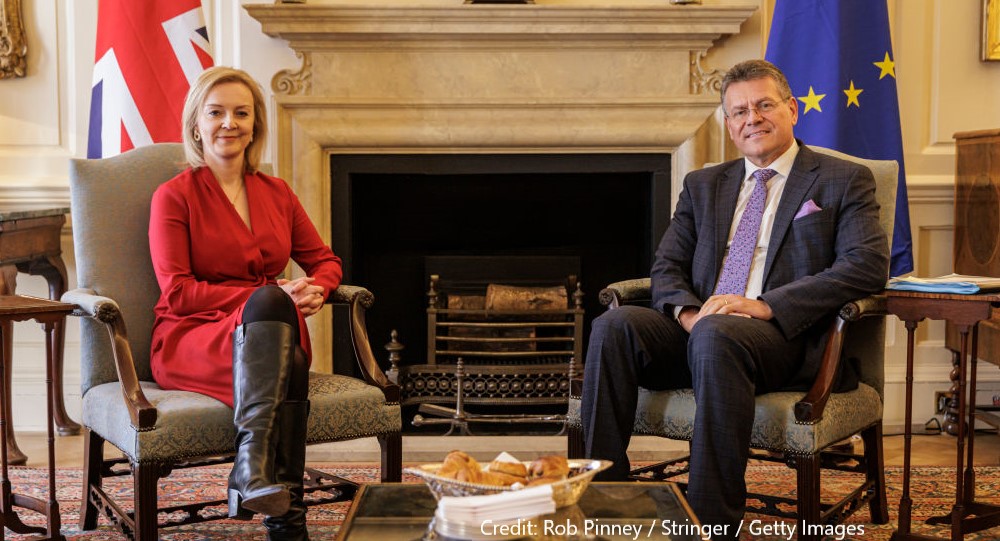 One thing everyone can agree is that the Protocol on Ireland/Northern Ireland is hugely complicated. Just take the example of food.

Food products are subject to much more onerous regulation than other goods. Large quantities move across the Irish Sea and across the land border in both directions, and some cross several times in the course of processing.

The purpose of sanitary and phytosanitary (SPS) controls is to protect animal and plant, and hence human, health. The island of Ireland has long been treated as a single epidemiological unit because the risk of disease moving cannot be controlled at any arbitrary line – pathogens can be carried by the movement of animals, of raw or processed products, in seeds or in soil. The single epidemiological status benefits producers and processors across the island.

The UK agreed to apply the EU’s SPS rules in the Withdrawal Agreement of October 2019, indeed that approach was proposed in the letter of 2 October 2019 from PM Johnson to the European Commission. Both sides made significant concessions to secure agreement – the UK accepting that EU rules would continue to apply in NI, and the EU entrusting the management of part of its external boundary to a non-Member State.

In principle, regulation of food safety should be rigorous. However, the standard application of the EU’s rules would mean that the supply of food into NI would be subject to unmanageable and very costly checks and controls.

Supermarkets bring complex consignments from their distribution centres in GB in a very efficient business model that ensures variety, choice and competitive prices for consumers in NI.

The rules were not designed for a border where a country or region takes delivery of such complex consignments. That is why the standard rules lead to a scale of checks that is grotesquely out of proportion to the volume of SPS trade.

It was clear throughout the Brexit negotiations that the EU would not accept the risk that food products that do not meet its standards could be traded into the Single Market. Because the UK insists on the right to diverge, the EU has said it must have a way of protecting its market. The UK ruled out an agreement to follow EU rules and the EU is concerned about future divergence, for example in the UK’s plans to allow genetically-modified plant and animal products that are banned in the EU.

As Lord Frost explained in April 2022, time was short at the time the Withdrawal Agreement was concluded in October 2019; negotiators left the details of the Protocol to be worked out during 2020. In December 2020, the UK-EU Joint Committee agreed that the UK should have additional time to adapt to the rules, through the grace periods.

These were intended to facilitate preparations by traders, and especially the supermarkets, for compliance by agreed deadlines.  The formal documents make it clear that the UK committed to comply with the standard rules.  No permanent derogations or mitigations were agreed.

The government did not indicate great concern about the agreed approach at the time.  In practice, because the grace periods have since been extended unilaterally, the operation of the Protocol is less demanding than would have been the case had the December 2020 agreement been implemented. The UK Government has not pointed to specific examples where the operation of the Protocol by the EU differs from what was known and understood in December 2020.

By definition, the grace periods are not compliant with EU law, and ultimately trade needs to be founded on a clear and permanent legal basis, and legal certainty depends on agreement. It is hard to see how the EU could  acquiesce with indefinite extension – as some suggest – as that ignores the potential of future divergence.

For SPS goods in particular the key question is “how can we be sure that something potentially carrying disease entering NI stays in NI?” That is why the PM, in his October 2019 proposal, acknowledged the need for checks at the ports and airports in Northern Ireland, and why it would appear difficult now to have no checks whatsoever on a “green lane”.

It has been claimed that the UK Government promised to legislate for unfettered access for goods moving from GB to NI in the agreement that led to the restoration of the Executive in January 2020 (New Decade, New Approach).

It did not, and any such promise would have contradicted the terms of the Withdrawal Agreement, the PM’s letter and the UK’s Command Paper of May 2020.  At no stage was such a measure proposed –the commitment in NDNA, which was fulfilled, was to ensure unfettered access of goods moving from NI to GB.

There is clearly scope for further negotiation, taking account of the UK’s proposals in the Command paper of July 2021, reiterated by Foreign Secretary Liz Truss in her 17 May statement, and the EU’s proposals of October 2021. The latter would indeed mean more checks than are being applied at present with the grace periods operating- though far fewer than implied in the position agreed in December 2020.

It is clear that significant easement from the standard rules is possible – further work is needed on minimising the scale and cost of checks on goods moving from GB to NI, while addressing the substance of the EU’s concerns, including the need for EU exporters to assure buyers of the standards and integrity of origin of their products; , and the issues of precedent and legal process that cannot just be ignored.

Northern Ireland is small and unique – the issues may be complex, but with goodwill, realism, honesty and trust, progress is both possible and essential.