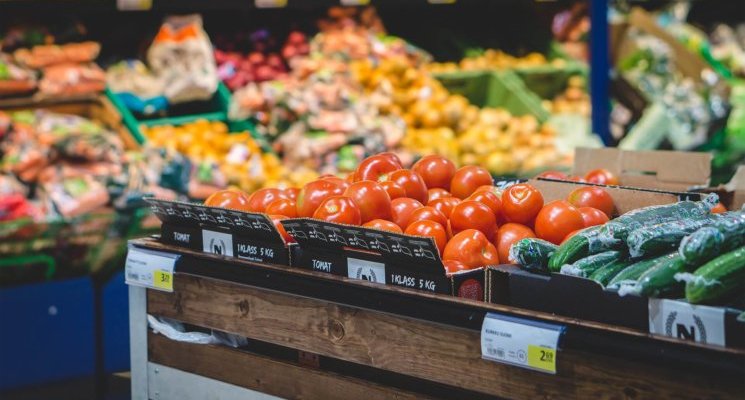 The outcome of the Brexit negotiations could have a considerable and almost immediate impact on the price and availability of food. This would be the first and potentially most acute impact that all of us, as food shoppers in the UK, would feel, which means that securing the best deal with the EU on food trade must be a priority.

Approximately a quarter of all the food that major retailers sell is imported and four-fifths of those imports come from the EU. The single market means our supply chains are fully integrated across Europe and predicated on a single regulatory system that allows food to move seamlessly across borders.

At the British Retail Consortium we’ve been looking at this in detail, and our campaign –  A Fair Brexit for Consumers – has a tariff-free deal with Europe supported by frictionless trade as its key recommendations. This is to ensure we maintain the choice and availability of high quality products for consumers at prices they can afford.

Our supply chains will always be rooted here in the UK for good reason and there is no doubt retailers will be working with domestic farmers and producers to source even more. But we mustn’t underestimate our dependence on Europe; not only for imports but for exports too, enabling farmers to make the most of their produce and deliver well regulated, efficient supply chains. Europe also offers us products that we can’t produce in the UK, and the chance to supplement our seasonal production.

Our Tariff Roadmap highlights the need to put UK consumers at the heart of the Brexit negotiations, to protect them from the costs of unwanted new tariffs, particularly when it comes to food bills. Based on current import data from the major supermarkets, we were able to calculate that reverting to the EU WTO rates would raise food tariffs by 22 per cent on average.

New tariffs will mean higher prices for consumers and tariffs on agricultural produce are particularly steep. Our latest analysis, taking into account how much we import, estimated that UK shoppers could pay up to a third more for everyday food items should goods from the EU face WTO tariffs. The estimated increase is particularly high if we assume that UK producers react to higher import prices and push their prices up to align with them. The price of cheese, for instance, could rise by more than 30 per cent and tomatoes nearly 20 per cent.

For consumers, whose finances are already under increasing strain from inflationary pressures, price increases of this scale to everyday food items will add a huge burden, with lower income families hardest hit. Even at the lower end of our estimates, price rises of five to nine per cent due to tariffs would dwarf the impact of current food price inflation, which we know is already squeezing household budgets.

There will be opportunities from new trade deals in the medium to long term, but there’s a pressing need to avoid a cliff-edge situation on Brexit day. This is why the immediate priority for the UK Government has to be securing the continuity of tariff- free trade with Europe from March 2019.

Whilst a free- trade agreement with the EU is key to ensuring prices remain low for consumers, co-operation on customs and border controls is essential to guarantee continued availability of goods on shelves after Brexit. Much of our imports from the EU are perishable food with a short shelf-life and getting it through the food supply chain in a timely manner requires as little disruption as possible at every stage of the process, including at our ports.

Our Customs Roadmap set out the scale of the problem that a no deal Brexit on customs would mean for business and consumers both here and in the EU-27. Though the Government has recognised the need for a customs union, that in itself won’t solve the problem of delays at ports. Currently, a shared regulatory and inspection system across the EU means food moves across borders unchecked.

However, with four million trucks crossing our borders each year and annual customs declarations in the UK estimated to rise from 55 million to 255 million from March 2019, a no deal Brexit resulting in new border controls and checks, could mean delays at ports of up to two to three days. Much of our food is imported through Dover which is not set up for even minimal delays. Operation Stack could become a familiar sight on the Kent motorways, creating enormous disruption and having a potential impact of the availability of food on the shelves.

To meet this challenge, we’ve suggested that, firstly, we need significant investment in the UK’s ports, roads and infrastructure to get systems ready for Brexit day and thereafter. Secondly, we should consider how mutual recognition of regulation and enforcement can reduce the need for additional checks coming into the UK. Thirdly, we need a suite of new agreements supplementing customs on security, transit, haulage, drivers, VAT and other checks that are co-ordinated to avoid delays at ports and docks. Getting this right is essential to ensure UK consumers are able to buy the products they want after Brexit.

Parallel to achieving the tariff-free, frictionless trade deal with the EU, we also need to ensure we transfer existing bilateral trade agreements the EU has with other countries. Though these don’t account for the same volumes of food trade as from the EU, they are still significant. Included in those negotiations needs to be an agreement on our share of existing quotas that the EU operates, covering key imports such as New Zealand lamb. All of this is necessary to secure our current supply chains and only once that is done should we look to future trade deals.

In terms of the future, there are opportunities for consumers from better trade deals, although realistically they are unlikely to have a huge impact on food prices. The risk, however, of not achieving a deal with the EU is enormous and its impact would be felt immediately by millions from Brexit day.

By Andrew Opie, Director of Food Policy at the British Retail Consortium.