Why leavers still believe the £350m claim: emotion trumps facts where the EU is concerned 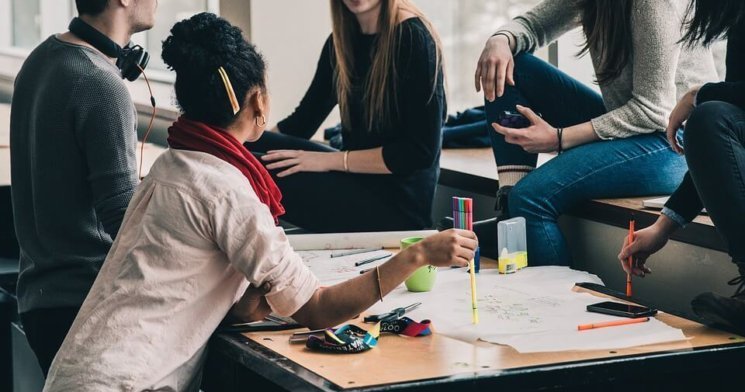 We’re all entitled to our own opinions, but not our own facts. That’s how the saying goes, but it doesn’t seem that way with Brexit.

Our new polling on perceptions of the impact of Europe on the UK shows how wildly views of the same realities diverge between different groups of the population.

The first thing you notice is how wrong we are about key facts, on average. Large proportions of the public as a whole think that European immigrants take more money out of the system than they pay in taxes, that immigration results in increased crime levels and decreased quality of health services.

The Migration Advisory Committee (MAC) recently published an independent report, commissioned by the government, that shows each of these is wrong. The best available evidence is that European immigration has a positive, or at worst, neutral impact on our public finances, overall crime rates and the quality of our health services.

Old, debunked claims also refuse to die for significant proportions of Britons. Two-thirds of the public have heard the claim that the UK sends £350 million a week to the EU, and 42 per cent of these believe it is true, despite it being labelled a ‘misuse of statistics’ by the UK Statistics Authority.

But the real story of Brexit lies beneath these average errors. The key point is how differently different groups see the same realities.

Only 16 per cent of leave supporters (correctly) think that EU migrants pay £4.7 billion more in taxes each year than they take out, compared with 47 per cent of remain supporters.

And the £350 million claim continues to divide us the most. Only one in five remain supporters believe it, compared with two-thirds of leave supporters.

There are two important points here, as I outline in a book on our misperceptions.

First, there are significant minorities of remain supporters that think worse of our relationship with Europe than the facts suggest is justified. This is partly because negative stories and individual anecdotes weigh more heavily on us than positive, dry facts.

We pay more attention to stories than statistics, and live our lives in the micro rather than macro: we don’t see increases in the tax take, but do notice increased numbers of immigrants in our doctor’s surgery.

But this points to the second, even more crucial point: that it’s naïve to think that if only we could correct these knowledge gaps we’d shift views, as this denies the emotional and identity drivers our perceptions of reality.

Our attitudes and beliefs are as much a driver of our views of the world as the other way round, which makes our misperceptions partly immune to evidence.

We asked some of these same questions in a survey in 2016, just before the vote, and our misperceptions have barely shifted. Despite more than two years of constant Brexit discussion, we still think European immigration is three times its actual level, exactly the same as in 2016; we still underestimate investment from the EU; and the same two in five believe the £350 million claim.

It’s tempting to conclude that overall support for Brexit hasn’t shifted much just because these realities have not been communicated well enough. This is undoubtedly an important part of the explanation, but it’s far from the whole story. Expecting these gaps to close decisively through providing more or better information alone seems a forlorn hope.

Whichever political step comes next — a second referendum, a general election or just a vote in the Commons — a more nuanced understanding of why different groups of us see the same realities so differently is essential to the monumental task of finding common ground.