Why Mrs May is right – and therefore wrong 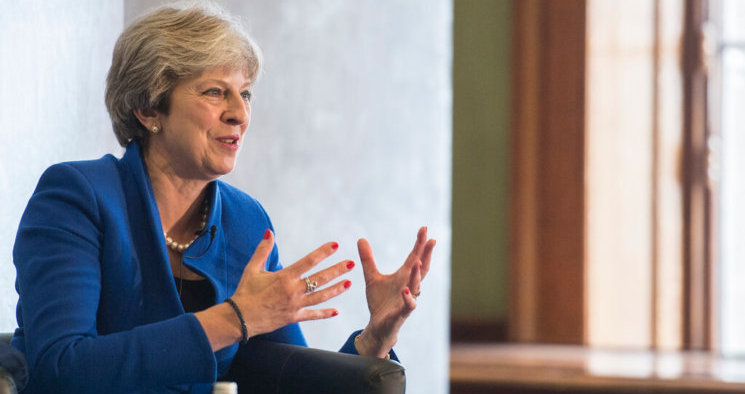 Mrs May was absolutely right when she spoke in Florence on 22 September. Lucidly outlining the challenges of mass migration, terrorism, global climate change, the growth of protectionism and the dangers of nuclear proliferation, she concluded that the ‘only way for us to respond to this vast array of challenges is for likeminded nations and peoples to come together and defend the international order that we have worked so hard to create – and the values of liberty, democracy, human rights and the rule of law by which we stand.’

The logic here is clear and familiar. These policy problems cross borders and require cooperation among states. By sharing their legal and administrative powers, states enhance their most important power, namely the power to shape the common life of their peoples for the better. It could not have been more clearly stated by the Prime Minister than it was. As she went on to say, ‘The profound pooling of sovereignty that is a crucial feature of the European Union permits unprecedentedly deep cooperation, which brings benefits.’

Yet, having given with one hand, Mrs May then took back with the other. For the fundamental ground of her plan to leave the single market, the customs union and the European Union was that ‘when countries are in the minority they must sometimes accept decisions they do not want, even affecting domestic matters with no market implications beyond their borders.’

How is it that such contradictory elements are to be found in a speech that is otherwise so well crafted? At least three answers come to mind.

The first is empirical. Citing the minority status of countries in EU decision making ignores the well-known fact that EU decision making, particularly at Council level, rests on the practice of unanimity, even when formally the question is one that could be decided by a qualified majority. Countries often bargain; they are seldom out-voted.

The second answer to the question can be simply stated. What may be regained formally, legal sovereignty, is lost in real terms, namely the ability to shape the conditions of common social and economic life. Take the example of single market rules. Leaving the single market notionally means that the UK can craft its own standards of environmental protection, product safety, energy performance and the like.

However, for UK exporters to the EU these freedoms are purely notional, as was admitted by Mrs May herself in her Article 50 letter, when she said that ‘that UK companies will, as they trade within the EU, have to align with rules agreed by institutions of which we are no longer a part – just as UK companies do in other overseas markets.’ In other words, freedom outside of the single market amounts to yet another set of rules requiring compliance.

The third issue goes to the heart of international cooperation. The restrictions on the sovereign decisions of member states of the EU stem from the logic of credible commitment in a common enterprise. Creating a well-functioning single market requires that each country can credibly commit to compliance with the agreed rules so avoiding the dangers of free-riding.

For example, if one country can drop its environmental protections and so gain a competitive advantage over other countries in the Union, no member state could rationally sign such an agreement. What is called the arrogance of the Brussels bureaucracy by the British press is simply the Commission acting as the delegated agent of the member states, anxious to ensure that the compliance those member states practise is not undermined by others.

The practical import of these propositions goes to the ‘neither Canada, nor Norway’ position that the UK government is seeking to pursue. Free trade agreements like the one with Canada are hard to negotiate, but they can be negotiated because they involve agreement in specific sectors.

By contrast, a single market is inherently a political construction. It requires participants to agree to limit their own freedoms in rule-making for a mutually beneficial limitation by others of their freedoms. Norway has a very special position. Its population is deeply divided on the EU, but it is rich enough to be able to buy agreement on single market access, knowing that its interests, except particularly on fishing, are likely to align with other Nordic states in the EU.

Contradictions reveal an emptiness of hard thinking. Imagination and creativity of the sort that Mrs May called for are fine characteristics to have. But the UK government needs above all a sober sense of responsibility and a willingness to identify the trade-offs inevitably involved in policy. Since the general election of 2015 UK government has suffered a responsibility deficit. I fear we shall discover the cost of that deficit in the next few months and years.

By Albert Weale, Emeritus Professor of Political Theory and Public Policy at UCL.