Why no deal is a bad deal for shoppers 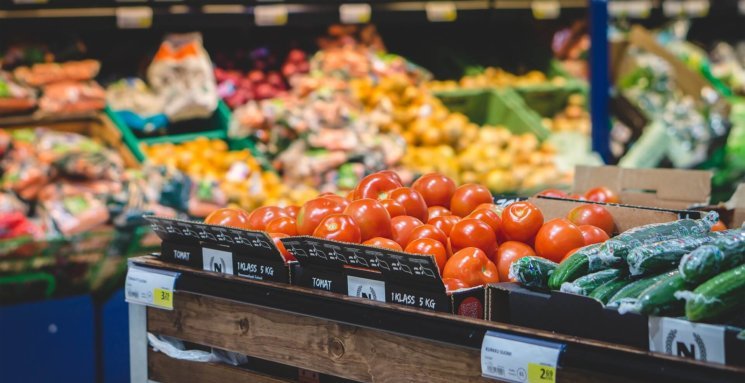 Amongst all the uncertainty around Brexit, one thing I am certain about: no supermarket boss was consulted about when to trigger Article 50. If they had been they would have argued against 29 March 2019 as our possible exit day.

Not only is that a time of year when we import a large proportion of our fresh food from Europe, but it is also two weeks from Easter, when supermarkets are readying the shelves for the long holiday weekend.

Hindsight is a wonderful thing, but how much easier it would be if it Brexit day was in June, when imports are low and British fresh produce is in season?

Whilst I know all major retailers are working on their contingency plans to mitigate the impact of a no deal Brexit there are two factors outside their hands which limit even their renowned logistical ability.

The first of those is known: border controls at Calais will have a huge impact on the supply chain. The second is unknown: what approach the government will take on tariffs for imported EU produce.

First things first. Calais is crucial to supermarket supply chains. Due to the frequent ferries and access to the Channel Tunnel, it is the key departure point for fresh produce imports from Europe.

The perishability of produce such as salad vegetables and soft fruit means delays will have a significant impact on the availability, shelf life and price of produce on our shelves.

Whilst the UK has announced it will open its borders in the event of no deal that will not be the case in France, as demonstrated by their government’s recent announcement.

Calais will quickly grind to a halt as our lorries are stopped, and as it does so will Dover. Even if they can get to the UK, European hauliers who manage to deliver produce will then be stuck on the M20 or M26 trying to return.

At the end of March, virtually all our soft fruit, lettuce and tomatoes are imported from the EU. Add to this beef and cheese from Ireland and fresh pork from Denmark and Holland and it is easy to see how our supermarket shelves could look quite different.

There are alternative suppliers outside the EU, such as North Africa, but much of that comes through Spain and, again, Calais. Airfreighting is expensive, and the volumes limited.

As for stockpiling, that simply isn’t possible for fresh produce: a strawberry from Spain has nine days life from the time it is picked, so stockpiling isn’t an option.

We won’t starve, and supermarkets will do everything they can to get us the variety we want, but our reliance on Europe in March means that that this task is virtually impossible, and so certain to be more expensive. Unfortunately, choice isn’t the only problem facing consumers, the other is increased prices from new tariffs.

Which brings is to the second point, and the unknown.  The EU’s tariffs on food – which it currently plans to apply to the UK after Brexit – are extremely high.

We have calculated the average tariff on food imported from the EU is 22%. Now whilst that doesn’t mean an equivalent rise in food prices, as many other factors influence them, it does add significant pressure.

We have modelled the increase on common products, based on the proportion of EU imports and keeping all other factors constant, which show beef and cheese prices could increase by as much as 30%, and tomatoes 18%. Those high figures assume British producers match higher imported prices.

Whether increases of that level can be passed on to consumers is debatable, but it clearly demonstrates the possible impact of high tariffs on our weekly shop.

The government could choose not to levy tariffs at this rate to protect consumers, however, that has an impact on British farmers. Europe will not drop tariffs on trade with the UK, as its rules would mean it would need to do that with every other country around the world.

Even if it did, that would just mean that our farmers would be unable to compete in their biggest export market, the EU, whilst facing open competition from global farmers. One report I have seen, suggested UK beef production would drop by 10% in five years in this scenario.

The government faces a difficult choice on tariffs but until it decides on its policy, supermarkets face huge uncertainty over future sourcing and pricing strategies. One thing the government should ignore is the notion that sourcing outside the EU will cut prices for consumers.

We source 80% of our food imports from the EU, and the thought we could change supply chains in four months is ludicrous.

Furthermore, taking into account our membership of the EU and the deals it has with other countries, only 11% of food imports are currently subject to tariffs, so any gains from new trade deals are extremely limited.

We’ve had decades of working with European suppliers, with common regulations and zero tariffs, to deliver the choice, quality and affordability we have all come to expect in our local supermarket.

It is no surprise, therefore, that a major disruption to our supply chain will have an impact. When that happens, it is likely to be us, as food shoppers, who will be the first to feel the impact of a no deal Brexit.

Only a good deal, with a reasonable transition period to help businesses adjust, will avoid that.

By Andrew Opie, director of food and sustainability at the British Retail Consortium (BRC).