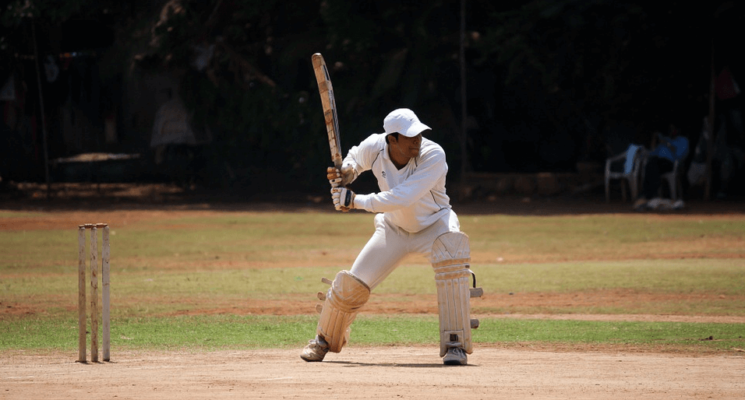 The Cricket World cup is now well underway, and the uncanny resemblance of the participants to former members of the British empire will be striking. Of all Britain’s sporting exports, cricket most closely cleaves to the empire. The sport has long expressed the inherent tensions and rivalries of empire and its end, from the bodyline series in Australia, through West Indian fast bowling, to the ongoing India-Pakistan rivalry.

Cricket expresses the contradictory ties of history, the connections as well as the discontents of empire. It was no coincidence that West Indian Marxist and critic of empire C. L. R. James entitled his semi-autobiography Beyond a Boundary, using cricket as a backdrop to explore broader issues evoked by British colonialism.

As cricket evokes an imperial past, it also serves to draw public attention to another post-imperial legacy, the Commonwealth. Sporting and royal events have long had this tendency, but as Britain lurches through its ongoing Brexit crisis, such interest inevitably becomes more intense with Britain’s place in the world again in question.

The Commonwealth has, occasionally, been offered as an alternative to the EU by Brexiteers. During the 2016 referendum campaign for example, former England all-rounder Sir Ian ‘Beefy’ Botham, for example, told the Daily Express: “In my cricketing career I played alongside teammates and against opposition from all over the world – from India, Australia, the Caribbean… It is insane that because we are in the EU, we cannot reach our own agreements to trade freely with these places or with emerging powers like China.” Trading with “natural friends” (as Botham put it) in the Commonwealth has other supporters, including the think tank Commonwealth Exchange.

In English cricket fans’ eyes, perhaps, the Ashes remains the pinnacle of international contest, but the World Cup is nonetheless an important event in the calendar. It is also, however, an umbrella covering a series of bi-lateral contests between nations: pairs of rival teams (Australia and England, India and Pakistan) engage in a tournament format that sees them play each other with more frequency than that permitted by the international test tour circuit. Of course, it is an important event in the cricketing calendar, a public spectacle, but the test tours remains the pinnacle of international cricketing contest.

Cricket is then fundamentally a bilateral affair. This pattern holds for the Commonwealth, where the most significant relationships are, and often have long been, bilateral, and are embedded in broader multinational institutions. Even the highest economic ‘achievement’ of the British Commonwealth of Nations (the Commonwealth’s interwar predecessor), the preferential trade deals negotiated at the 1932 Ottawa Economic Conference, were in reality a cluster of bilateral trade deals under a common umbrella. The negotiations were just as tough as bodyline bowling.

Like the International Cricket Council (which originated in the 1909 Imperial Cricket Conference) the Commonwealth’s head office – the Secretariat – provides only a weak centre for the multilateral networks that underpin the Commonwealth. Indeed while the ICC does set the rules of cricket globally (but of course this has most impact in countries that play cricket seriously) the Commonwealth offers little more than aspirational declarations of value which may (or may not) place a certain moral pressure on members.

The ICC is a rule setter, the Commonwealth is not. The Commonwealth cannot bind anyone. International and regional institutions raging from the WTO through NATO to the EU shape the field of play within which bilateral relations take place.

Like tea in the pavilion, the Commonwealth idea may foster a certain goodwill and camaraderie. It may also be a repository of unresolved conflict. Like all families, the Commonwealth has a history, and like all histories there is much there that is unsavoury, far worse than ball tampering. Either way, just as after tea the competing teams return to the field with renewed energy to trade yorkers, googlies, hooks and cuts with a healthy dose of sledging, so the homilies of Commonwealth meetings take little if any edge off the pursuit of national self-interest.

The Secretariat acts as a focus for a large penumbra of non-governmental organisations. Their work cannot fundamentally be altered by Brexit. The occasional all-Commonwealth jamborees are less important than the fundamental test of bilateral relations or relationships with more binding regional and global bodies.

Neither does Commonwealth membership obviously make it likely that Commonwealth members will offer anything more than fair play in their bilateral dealings with each other. Those talking of ‘natural friends’ in the Commonwealth we would be well reminded of Andy Robert’s bouncer in 1981, a legal delivery which knocked out four of Botham’s teeth.

Such advantages as there are in contemporary economic relations between Commonwealth members, the so-called ‘Commonwealth Effect’, existed while the UK was in the EU. They are the product of shared language, legal harmony, and social connections. They will remain as unaltered by Brexit as the rules governing LBW.

In the twenty-first century, Brexit notwithstanding, to expect the Commonwealth to do anything radically different than it already does would just not be cricket.

By Andrew Dilley, Senior Lecturer in Imperial and Global History at the University of Aberdeen.