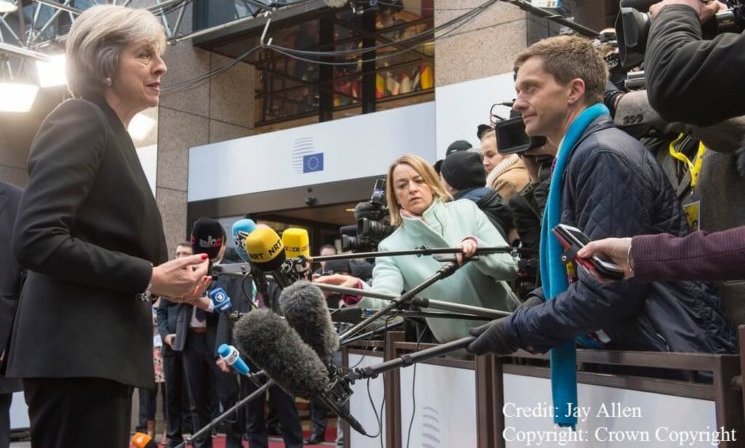 The customary pre-Christmas European Council meeting ended a truly critical year for the EU which can only be described by one word – crisis. The overall economic malaise, the Greek crisis, the Ukraine crisis and migration crisis – all characterised by inadequate response and largely unresolved to this day – was only the beginning of 2016. The Brexit vote and the loss of an important member state transformed the brewing crisis into an existential one. The plan set out in this meeting will have to be implemented throughout 2017 if the existential crisis is to be averted.

Responding to Brexit, EU leaders met in Bratislava in September and sketched out a ‘Roadmap’ as a way out of the crisis of the European project. Its aim was to reduce the growing distance between the citizens and Brussels and stop the rise of nationalism and thus, the threat of disintegration. But before the citizens of the EU could even notice the roadmap it was obscured by the election of Donald Trump, a candidate who flaunted an unprecedented disregard for international institutions and emboldened populists everywhere.

Peace, security, good will, norms, human dignity, principles of cooperation and solidarity began to sound naïve in the face of the much hailed so called patriotism of the all-encompassing narrow national and economic interests. The year ended with a brutal battle for Aleppo in which the Russia-Iran alliance seem to have saved Assad’s regime. The EU (and the UN) were unable to do more than offer indignant declarations of good intent to help the people of Aleppo.

If it sounds as if not much is left of the notions of peace, security and solidarity which are among the EU’s founding principles, how should we evaluate this year’s final European Council? Is the EU powerless? Not quite. Let’s look at the summit through the concluding remarks of the President of the Council, Donald Tusk. While admitting that the EU’s leverage in the Syrian crisis is limited, Tusk focused on the protection of civilians. He promised to use all available diplomatic channels towards opening of humanitarian corridors to allow aid into Aleppo, secure international supervision for the evacuation of civilians and unrestricted access to all medical personnel and aid workers.

The Syrian crisis contributes to migration flows into Europe, an issue which the EU is tackling. Tusk stressed the EU’s commitment to its March 2016 deal with Turkey, granting Turkey 3 billion and visa free travel in return for stemming the number of refugees crossing into Europe. Erdogan’s rising authoritarianism makes the granting of visa free travel difficult and imperils the whole deal which relies on Turkey’s continued commitment to the deal. In terms of ongoing effort to reduce migration into Europe, there has been progress with African countries, such as the partnership with Niger which will reduce the numbers of people using smugglers to get to Libya. Further discussions about Libya and reforms of the common asylum system are on the agenda for the next informal meeting in February in Malta.

The EU was also able to agree on a way to implement the Association Agreement with Ukraine, which is important to the EU’s geopolitical standing. The agreement had been ratified by 27 member states, but rejected by the Dutch voters in a referendum (April 2016). In order to ratify this agreement, the EU leaders agreed on caveats which were requested by the Dutch Prime Minister Rutte (no automatic membership of the EU, no military assistance, no right for Ukrainians to live and work in the EU).

Finally, Brexit. Whether ‘hard’, ‘soft’ or, to add to the vagueness of these adjectives a populist ‘red, white and blue’ one, is not only about the future of Britain. It is also about the future of the European project to which the freedom of movement of people, goods, capital and services is fundamental. ‘Taking back control’ does not apply to Britain only and decisions about the post-Brexit Britain will have to be made in conjunction with the interests of the Union. The meeting confirmed the indivisibility of these four freedoms, the EU’s ‘no negotiations without notification’ stance and the Council’s political control over the Commission’s negotiations.

Resolving the summit’s agenda points will be important to restoring confidence in the EU’s ability to deal with the present crisis. But there are also other fundamental issues for the EU to deal with that are not easily summed up in a press release. Short-term, there is the problem of Hungary and Poland who have seized on the Brexit vote as a way of driving their own agendas of illiberalism and are peddling dangerous notions of thus preserving democracy and freedom. There are other words for this – nationalism, regression and populism. No post-communist state is going to leave the EU, but the EU cannot afford further undermining from within (now that Britain has left).

My hunch is that it will only contribute to more ‘muddling through’ rather than to the strengthening of the EU. The question about division of powers between the national and European level is an old answer to very new problems. Placating the sensitivities of nation-states amounts to tactics, but it is not a strategy for the effectiveness and adherence to the principle of the Union.

For the bruised and disorientated EU, muddling through 2016 is a modest success, but it is no longer good enough. Self-criticism and willingness to reform is not enough either. If there ever was a time when the world needs faith in norms, values and principles on which the EU was built, it is now when global politics seems to be shifting away from solidarity towards ever narrowing national interests. It is up to the Union to convince its member states that their national interests are best safeguarded by upholding principles of solidarity and unity. Therefore, we will be better positioned to judge the success of this year’s meeting at the European Council meeting in 2017.

Erika Harris is Professor of Politics at the University of Liverpool