Why the UK should stay in the EU 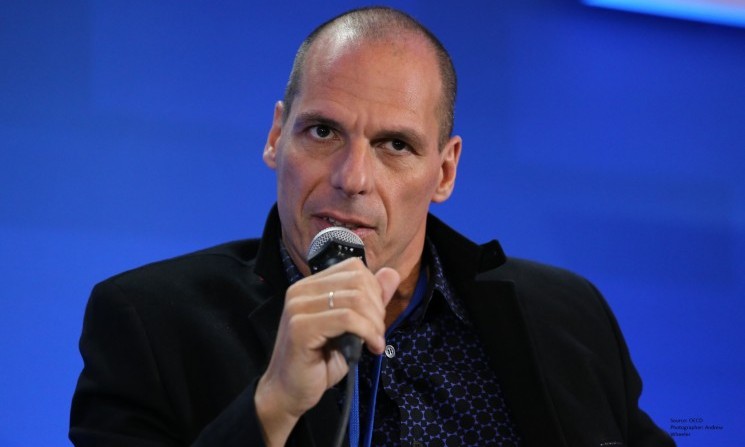 In an interview with EUROPP’s editor Stuart Brown, former Greek finance minister Yanis Varoufakis discusses the launch of his new ‘Democracy in Europe’ movement (DiEM25), the UK’s upcoming referendum on EU membership, and why a surge of democracy is needed to prevent the EU from sliding toward disintegration.

You have just launched a new political movement, DiEM25, which has the aim of democratising Europe. Your manifesto states that ‘the EU will either be democratised or it will disintegrate’ and calls for a constitutional assembly to be convened to decide on a future democratic constitution that will replace all existing European treaties within a decade. Why does Europe need DiEM25?

For a very simple reason. In 20 years’ time, if we don’t do something like what we’re proposing, the next generation will look us in the eye and say, where were you? Why didn’t you stop this slide into the abyss? In exactly the same way that in the 1950s young people asked their parents’ generation why they didn’t stop what was going on in the 1930s: a period that culminated in such a catastrophe in the shape of the Second World War.

We are now in a similar situation. We’re witnessing the disintegration of the European Union. Schengen is being suspended. The Eurozone is in an advanced state of deconstruction. Eastern European governments are openly stating their opposition to the principle of solidarity. The British electorate has become alienated from Brussels and might only vote to stay in out of fear of what would happen if it left. The only thing that can put an end to this inexorable slide toward catastrophe is a surge of democracy that gives hope and stabilises Europe.

What would you say to those who might argue that Europe has tried to establish a democratic constitution before and it essentially ended in disaster?

What we need is to have a constitutional assembly, where the people of Europe are empowered through their representatives to author this document. Otherwise we’re going to end up with another kind of debacle. But in order to get to that point we first need to stabilise Europe. The Europe of today is not in the position that it was in ten years ago. It’s in a slide toward disintegration and we need to stabilise it.

We need to do this through transparency and a rational reconfiguration of policies within the next one or two years – this is all the time we have left in my estimation. And once we do that we will see to the constitutional assembly. This is what DiEM25 stands for.

Following David Cameron’s renegotiation, the UK has set the date for its referendum on EU membership as the 23rd of June. How should British voters who are dissatisfied with the EU view the referendum?

We should reject wholeheartedly the fudge that David Cameron came back from Brussels with. He is asking the public to support staying within a reformed Europe, but he has deformed Europe in the process of creating this fudge.

Neither withdrawing into the safe cocoon of the nation state, nor giving in to the disintegrating and anti-democratic EU, represent good options for Britain. So instead of seeing the referendum as a vote between these two options, and these two options alone, the UK needs a third option: to vote to stay in the European Union so that it can fight tooth and nail against the EU’s anti-democratic institutions.

This piece was written by Yanis Varoufakis, former Greek finance minister. It was first published on EUROPP LSE.