Why is the Conservative Party so good at winning? 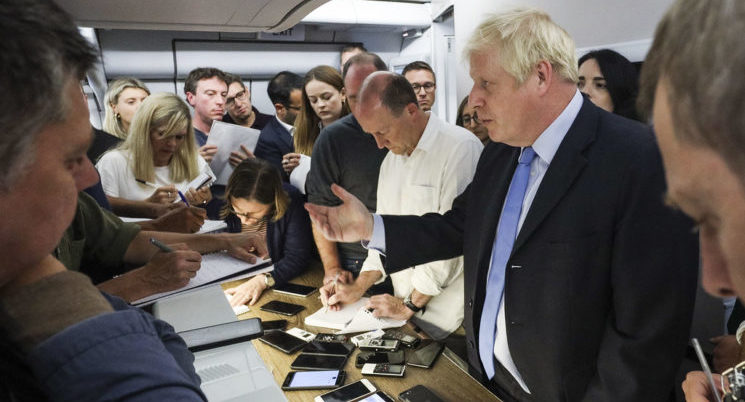 British Conservatives can claim to be the world’s oldest and most successful political party. They’ve been written off more than a few times in the 200-plus years they’ve been around. But they’ve always bounced back. Their secret? The ability and willingness to reinvent themselves – even when that means giving up what supposedly defines them and the values they hold most dear.

The party’s arch pragmatism doesn’t mean that it’s immune from ideological preoccupations. Indeed one can look back at the party’s history and find plenty of examples: refusing to extend the vote franchise in the 1830s, holding onto the British Empire in the 1950s, joining the European Economic Community, the precursor to the European Union, in the 1960s and, after the global financial crisis of 2007/8, insisting on austerity. It’s just that those ideas, held so passionately at the time, are also mutable.

The Tory party does have a basic disposition – namely, the desire to defend private property and personal liberty against a state that, except when it comes to its core task of maintaining domestic and national security, should be kept from growing too large and too expensive over the long term, primarily by ensuring that it is run by Conservatives rather than their opponents. But anything above and beyond that tends to be a temporary obsession or else a temporary solution.

More often than not, the problem to be solved is an electoral one. It’s often better, think most Conservatives, to compromise in order to capture or stay in office. Even if one is forced to adopt some of the policies of one’s opponents, once in power one can at least limit any damage those policies might do and any financial cost to taxpayers they may involve.

Take the immediate postwar period. After Winston Churchill unexpectedly lost the 1945 election, and with it the chance to unwind the expansion of the state brought about by the need to defeat Hitler, it quickly became apparent to all but the most antediluvian Tory that there could be no going back.

Unless and until the union-friendly, essentially social democratic regime ushered in by the Labour Party could be shown to have failed those it was designed to benefit – something that was to take some 30 years and a crusader like Margaret Thatcher to achieve – then it would have to be met at least half way.

Consequently, from 1951, when the Conservatives (still under Churchill but now armed with an updated, more moderate manifesto) returned to office, the Conservatives managed to win a share of the working class (and union-member) vote not just by dint of being in office during Europe’s postwar economic boom but by appeasing organized labour, ensuring wage-earners could afford all the new consumer goods that suddenly became available.

And while the welfare state may have been kept on relatively short rations, it was never seriously threatened, with the overwhelmingly popular state-run National Health Service seen as off-limits even by the otherwise mostly free-market of Tories.

And as for those temporary obsessions – the preservation of empire, say, or becoming part of ‘Europe’ – all too often they were misinterpreted at the time as somehow integral to Toryism. The reality was more prosaic: They were sacred cows that the party ultimately proved willing to slaughter as time and perceived partisan advantage dictated.

Perhaps the best example of all in this respect is the fact that, after insisting that anything even approaching democracy would be the death of England in 1832, it was the Tories, who – under Benjamin Disraeli – passed the next great reform act some 30 years later, doubling the number of men (including many working-class men) eligible to vote.

And, after decades spent styling itself the party of empire, beginning with Disraeli himself proclaiming Queen Victoria “Empress of India,” it was a Conservative government under Harold Macmillan which in the late 1950s oversaw the bulk of its dismantlement – the same Harold Macmillan who set the Tories on the path to becoming, for a quarter of a century at least, “the party of Europe,” until from the late 1980s onwards it gradually ceased to be so.

Which brings us neatly to a general election which is supposedly all about voters giving the current Conservative leader and prime minister, Boris Johnson, a mandate and a majority to “get Brexit done.”

In order to persuade them to do that, however, the Conservatives have suddenly changed tack on public services, like health and education. Having spent nearly a decade in government since 2010 insisting on the absolute necessity of austerity and denying (very much in keeping with the gospel according to Thatcher) that there was any such thing as a “magic money tree,” they suddenly seem to have discovered a huge one in the back garden of Number 10 Downing Street and are giving it a quite a shake.

It is certainly true that if the election goes according to plan Boris Johnson will be obliged to deliver at least some of what many of his new MPs will have promised voters. Still, conservatives need not worry. The party’s history is replete with switches and shifts.

If that history is any guide, the new look won’t last long. And — a prophecy that will worry another kind of conservative — even its Europhobia may eventually pass. When it comes to the Conservatives, whatever we see now is rarely forever.

By Professor Tim Bale, deputy director at The UK in a Changing Europe. This piece originally featured on 18 November on Bloomberg.