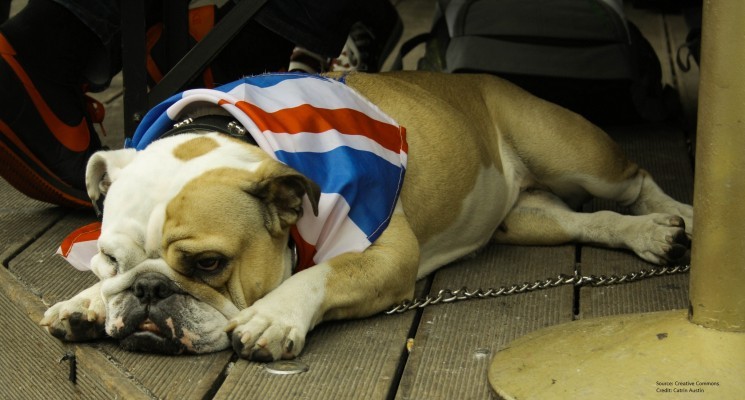 In the next 15 years, over a billion people will join the world economy. War, terrorism, financial markets, medicine, crime and scientific discovery are all being transformed by computation and digital communication.

We live in a time when we need much more international cooperation than we now enjoy and often at the global, not the regional level. Unfortunately, remaining in the EU prevents the UK from being able to fully engage with our international partners. We are no longer allowed to have our own voice in the World Trade Organisation and we lack the power to strike our own trade deals with the growing economies of the world – instead having to rely on an EU bureaucracy that has consistently failed to deliver.

Today, the EU has far too much power over our lives. British voters were told in 1975 that they were just joining a Common Market. In fact, the EU has used its Single Market programme to promote political integration rather than economic liberalisation. Jacques Delors, the former President of the European Commission, famously said ‘We’re not here to make a single market – that doesn’t interest me – but to make a political union.’

Over the last few years, the EU has introduced tens of thousands of Directives and Regulations, using the ‘single market’ as a convenient excuse to justify laws that have little to do with promoting trade and, instead, everything to do with trying to increase Brussels’ control over our lives. These laws are extremely expensive and hold back many businesses.

Because EU law is supreme over UK law, there’s nothing that our elected leaders can do to block these rules – even if they think that it will harm our businesses. The UK lacks the votes to block proposals it disagrees with (it can only count on having 8% of the votes in the Council of Ministers).

Damaging rules often come from lobbying by big multinational corporations trying to eliminate competition from entrepreneurs. Only 5% of British firms directly export to the EU, yet 100% of them are required to comply with the burden of EU law. This is clearly extremely unfair and is holding Britain’s companies back. It is a system that is deliberately geared in the interests of the large corporates that can afford to spend millions lobbying in Brussels.

It’s hard to under-state the burden that EU laws have had on smaller business. Open Europe has calculated that the EU’s laws cost the UK economy £33.3bn per year. We now hear that the European Commission has ‘learnt its lesson’ and is cutting regulation, but we need to remember that the EU has promised reform in the past – noticeably in 2000 when it introduced the ‘Lisbon agenda’ – but has always failed to deliver.

The EU’s insistence on a ‘one size fits all’ approach to laws undermines democratic government and more broadly poisons relations between nations. The EU’s bureaucracy, created in the 1950s, is undemocratic, and inflexible. Because we cannot challenge the EU’s laws, this poorly thought-through legislation is imposed on us, often with devastating consequences – such as the Clinical Trials Directive, which has had a terrible effect on cancer research.

When mistakes like the Clinical Trials Directive are made they often take years to change if they are changed at all. This is not friendly to technology and entrepreneurs. In many areas of science and technology Europe is falling behind. It is not in our interests to be part of such a system. We will be safer if we take control over our laws and can respond to changing circumstances, instead of having to rely on an outdated bureaucracy that has failed time and time again.

We need systems that allow decentralised cooperation on issues rather than centralising power in Brussels which makes it very hard to adapt when things go wrong. Instead of uniform harmonisation that is hard to fix, a reformed Europe could work on the basis of mutual recognition of national regulatory standards combined with global standards where appropriate.  We also need to encourage much greater international cooperation. To start doing this, we need to first take back our seat in key international bodies like the World Trade Organisation. Only if we return to the top table can we call for more international cooperation.

Those who say that we should remain in the EU at all costs often use the facetious argument that we will no longer be able to trade with our European friends and allies if we leave. This is self-evidently false. Other countries around the world trade freely without making EU law supreme – it is obviously not necessary for free trade. Like many countries around the world, like South Korea and Canada, we should have a relationship based on free trade and friendly cooperation – not the supremacy of EU law.

This piece was written by Oliver Lewis, research director for Vote Leave.