Why we need a modern Brexit 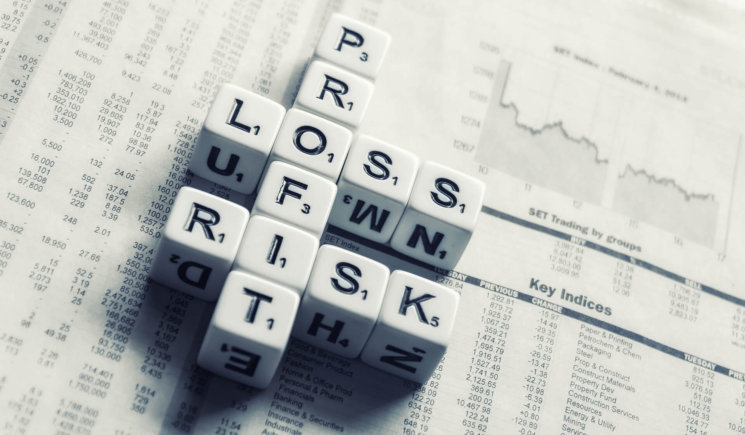 At the beginning of the Brexit negotiations last June I asked a top official in the Council of the European Union what the EU wanted from the UK at the end of the process. I hasted to explain that I meant the negotiations for the future trade treaty — not the exit agreement being negotiated at present, where Brussels has been clear on what its main interests are. The official looked outside the window of his office in the new Europa building, lost in his thoughts, before returning to our conversation with a shrug. “Nothing. There is nothing we need from them.”

UK exports to the EU make up more than 40% of the total. The flow is much smaller the other way: 8% of total German or Portuguese exports go to the UK, and these are countries near the top of the list. If you consider the disruption caused by the sudden appearance of new trade barriers, its magnitude would be limited for EU countries. The official in front of me was right on that point, so when I pressed him on what the EU should be trying to get from the UK, his attention turned elsewhere and he mentioned state aid and tax and regulation policy, where the UK could have a very negative impact by prompting a race to the bottom.

The British government is well aware of this and for a time – particularly through the Chancellor Philip Hammond – toyed with the possibility of using deregulation and an aggressive tax policy as leverage against Brussels. The idea probably cost the Conservatives their majority, so those days are over. There is no appetite among British public opinion to destroy the basis of the welfare state in order to score some points in Brussels.

And yet all the complacency on the EU side is still misguided. The EU and its member states have nothing to fear from a new low-regulation Singapore on the Thames, but that does not mean it is not vulnerable to the disruption caused by Brexit. The reason it continues to overlook the risks is the outdated concept of international trade informing its analysis.

Trade volume is no longer all that matters. It may not even be the most important factor anymore. Today very few products are manufactured in a single country. A country’s manufacturing imports are actually more likely to be in intermediate goods, that is, commodities, parts and components or semi-finished products that it uses to make its own products.

The question you need to ask is what happens to value chains after Brexit. It’s the question I hear from businesses in the continent, as they scramble to find out how many inputs produced in the UK they are using and how critical they are. Can they be procured elsewhere? In most cases yes, but at what cost and how fast? Or suppose you decide to produce them yourself: in that case capital and labor have to be diverted from other sectors and activities, where they were more efficiently used, and the highly specialized and evolved British chains in the collective industrial machine are forever lost.

British exports to the EU may not represent their final destination. The UK could ship the floor console or the door trim panel of a car, which is then attached to the full vehicle in Germany and then sold on in China. It is becoming more and more difficult for the German auto industry to be competitive in China and elsewhere, so this kind of shock is the last thing it needs. In other words, the EU should be concerned less with its exports of finished goods to the UK and more with imports of unfinished goods or components across the channel. It’s the latter that threatens to hit European competitiveness with a permanent shock.

Look at the figures for UK exports. They are indeed very large. Does this mean that only the UK is vulnerable to trade disruption? You might think that, until you realize that for many countries the proportion of UK exports that is consumed there is actually smaller than what is reexported to other countries. That is true for the Netherlands, Ireland, Belgium, Luxembourg. In Germany, Sweden and Denmark the percentage of “reexports” is still very high, around one third of total imports from the UK.

To help us switch our way of seeing (Brexit observers could do worse than refresh on John Berger’s book with that title), consider that some firms may be even tempted to move some of their activities from the continent to the UK. Why? Because trade disruptions are multiplied when they affect entire production chains rather than simply finished goods. In the brave new world of the transnational factory floor, Brexit will mean that suddenly a wall has been built right through the middle of the factory.

Companies will want to avoid being cut in half by moving most or all of their activities to one side of the wall, and if a very large percentage of the supply chain is in the UK, they might well move there. This logic explains why Nissan has decided to boost production in the UK and raise the share of parts for its Sunderland plant sourced in the country to around 80% from the current 40%.

We simply do not yet know how many of the components and inputs sourced in the UK are really critical, how many cannot feasibly be obtained elsewhere. Given enough time and additional cost, a solution will normally be found. There will be exceptions in technology and machinery. And then there is the one big exception that should have us all worried.

The hedging markets that operate within the European Union are principally run out of the United Kingdom. More than three quarters of derivative transactions are based in London and these are not just about clearing; they are actual transactions. Hedging is one of those rare inputs that cuts across every industry and replacing it is a much more delicate process than replacing a machinery component.

If companies across the channel can no longer transact those activities with their London counterparties, it will suddenly become very difficult to find essential products to manage their balance sheets. What is more, these are contracts, not physical goods — so, in the absence of a blanket solution, each contract will need to be individually assessed to determine if elements to be performed constitute a regulated activity under the new regime determining economic relations between the two sides. Every business and every value chain will be affected in some measure. That would be the Brexit shock to outshine all others.

By Bruno Maçães is a Senior Advisor at Flint Global and a former Minister for Europe in the Portuguese government from 2013 until 2015.