Why we need a theory of disintegration 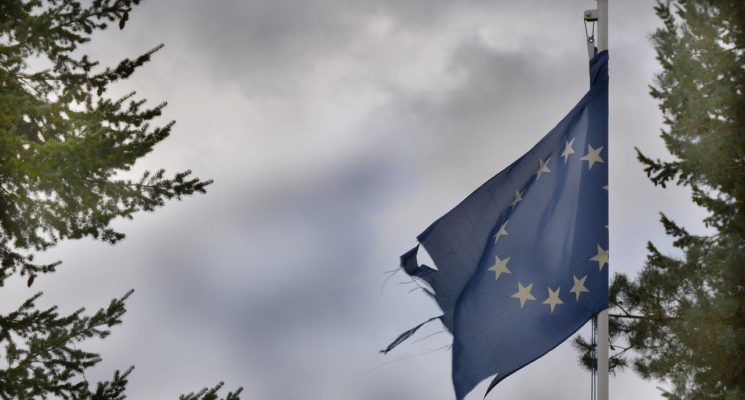 The British vote to leave the European Union (EU) has introduced a new political dynamic in Europe. For lack of a better term, let’s call it ‘disintegration’. The problem is that we know very little about the many different motivations and other forces at work. Disintegration is not integration in reverse. We cannot simply take the many different models or interpretations of what brought European countries together and run them backward to understand events as they are unfolding. We cannot use past experience as much of a guide to anticipate future events or developments either. Lacking a coherent theory of disintegration, we are left to rely primarily on guesswork. Given how most commentators performed in forecasting Britain’s vote to leave the EU, my suspicion is that much of that guesswork will prove inaccurate. We are still sailing in uncharted waters.

Consider the debate about Theresa May’s slogan of ‘Brexit means Brexit’. When a majority of the British people initially voted to leave the EU, many of those who hoped to remain (and many others on the European Continent) assumed that something would intervene to stop the vote from translating into a formal withdrawal. They invoked considerations ranging from the geographic pattern of the vote to the contrast between parliamentary and popular opinions; they also pointed to economic self-interest, legal constraints, and relations with the outside world. Within a matter of months, however, none of these factors proved sufficient. The new British Prime Minister Theresa May and her cabinet have made it clear that they will do whatever it takes to fulfill the mandate given in the referendum during the current parliament. They do not deny that the process will be difficult and costly but they insist that is what the British people want. If we generalize from this experience – and theory is just generalization after all – disintegration is a matter of political will and popular preference.

But what happens if we look on the other side of the channel? Polls taken soon after the British referendum showed a groundswell of popular support for EU membership. Anecdotal reporting of elite opinion showed a determination to prevent the British vote from setting a precedent. If we add these things together, they suggest that the remaining EU member states and institutions will take a hard line in any negotiations with the UK. Indeed, that prospect is what many of the Remain voters and their sympathizers on the Continent used to underscore the implications of leaving in terms of economic costs, legal obstacles, and external relations. By contrast, many of the Leave supporters pointed to the relative importance of the British economy, the potential to create new legal arrangements, and the other contributions the United Kingdom can make outside of EU membership. In essence, they argued that the rest of Europe should respond not on the basis of political will and popular preference but rather in terms of accommodation and self-interest. Moreover, what is true for ‘Europe’ is also true for individual countries. Hence, Financial Times columnist Wolfgang Munchau argued that German Chancellor Angela Merkel ‘may pretend that she wants to be tough on Britain — but once German jobs are at risk I would expect her principled position to crumble.’

Of course it is possible for the UK to be determined and principled while the rest of Europe is more accommodating and self-interested. If anything, as Munchau seems to imply in his column, that would be the path of least resistance. If that happens, however, it will tell us a lot about the process of disintegration. So long as a country is determined enough and large enough, economically speaking, then it will be able to leave on its own terms.

The British experience will not, however, tell us everything. We will know what to expect when a government faces a popular mandate to leave the EU (or to opt out of some aspect of integration) and when the rest of Europe or some key member states have a strong economic incentive to mitigate the consequences of that departure. But it will not offer much guidance on whether a government would leave without such a clear mandate or whether the rest of Europe would be so accommodating if the economic consequences of withdrawal were less dire. To get answers to those questions we might focus on recent demands for a looser European arrangement by the governments of Hungary and Poland; we might also want to examine how the rest of the EU deals with Switzerland and Greece.

Then again, the smaller member states might already suspect that there will be a disparity in treatment. If so, the governments of those smaller countries would have an incentive to ensure that the rules of departure are the same for all participants. Large, self-interested countries like Germany may want to normalize relations with Britain, but other smaller countries might use their veto power in European institutions to make that impossible. Moreover, the smaller governments would be strengthened in this position by the overlap between principle and self-interest. Most small countries joined the EU and were promised equal treatment. That equality has not always been apparent in the day-to-day decision making but it has been honored in the institutions and treaties. Where that has not happened – and the small states have been treated differently – they have generally fought back. Belgium held up the Coal and Steel Community in the 1950s; the Netherlands blocked De Gaulle’s Fouchet Plan in the 1960s; Spain and Poland sandbagged negotiation of the European Constitutional Treaty in the early 2000s; and that is not to mention what Wallonia is doing to the free trade agreement between the EU and Canada (even if that situation is different).

A strong pushback from the smaller countries could bury any pragmatism on the German side. In that case, the requirements for legitimating the European Union may prove to be just as stubborn as the requirements for legitimating British democracy. The separation of Britain from the EU to follow would be much more painful than possible alternatives. We simply do not know. Without a coherent theory to help analyze the motivations of the different actors and to model their interaction, we are unlikely to project how this process will unfold beyond the very near future.