Why we need an inquiry into Covid-19 now 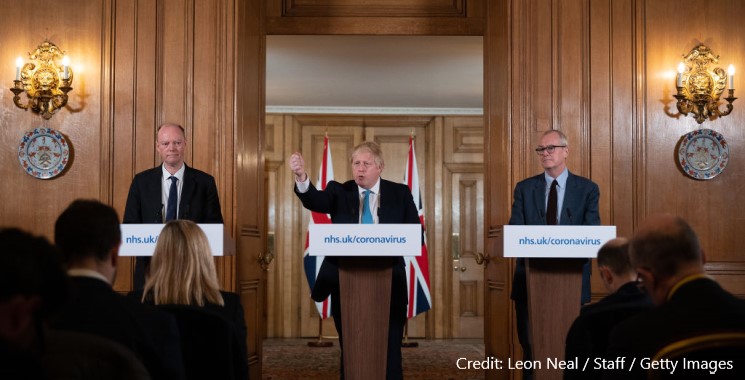 The Covid-19 disease and the measures taken to mitigate its spread are putting immense strain on communities and societies.

This is particularly the case for the UK, which on 11 June still had the second-highest number of deaths from the virus in the world as well as one of the highest numbers of excess deaths in Europe.

Some communities, such as people from black, Asian and minority ethnic groups, are dying disproportionately, while scores of frontline health and care workers have died after contracting the virus.

Against this background, critics have called into question the government’s preparedness for the Covid-19 pandemic, as well as its response.

There have been many calls for a public inquiry to be launched into the government’s handling of the pandemic.

As we show in our recent report, public inquiries can be very effective tools for getting answers to crucial questions such as what happened and what lessons should be learnt. We also know that they play an important role in helping the public make sense of a crisis that has caused so much suffering.

The problem is that while inquiries may be very effective, they are also slow. Since the Inquiries Act of 2005, public inquiries have taken over three years on average.

We do not have this time. The current pandemic may stay with us for months or even years. The virus may mutate in dangerous ways, potentially requiring a stronger response and better capacities. And crucially, we do not know when and what kind of next pandemic may confront us next.

This is why the UK learns lessons as soon as possible in order to improve its capacities and policies in order to be better prepared in the future.

There is also the issue of learning the right lessons. It is well-known that when disaster occurs, people have a need to find not just a cause for what happened, but are also looking for a reason why mistakes happened.

In public life, a strong incentive exists for politicians to allocate as well as evade blame for poor outcomes.

The news media are at the forefront of making sense of traumatic events. They also tend to personalise a complex crisis to make them more accessible to the public.

We have already seen some in-depth investigations that tried to piece together from documents and interviews how accurate and timely expert advice was, how receptive politicians were and why they acted, or did not act, at the time they did.

The media’s role in holding government to account is essential in vibrant democracies, but is not a good replacement for identifying and learning the right lessons that can make difference.

Media coverage, especially in a polarised two-party system such as the UK’s, may lead to the wrong, narrow or one-sided conclusions about what happened, why, and which lessons should be learned.

The full picture of the UK’s institutional preparedness or the reasons why the crisis in the UK is bigger than in most of its European counterparts require an independent, systematic and expertise-based process of investigation.

This is why we are advocating the creation of a public inquiry, but not the conventional judge-led and accountability-focused type often used in British politics – as after foot and mouth disease in 2001, for example.

Instead, we suggest that an inquiry focused on lesson-learning needs to be launched as soon as possible. It should ask what the government can learn from the response to Covid-19 that would help prevent, or at least deal better with, future pandemics and their consequences.

This inquiry should be led by reputable charities with expertise in public health and other relevant areas, such as the Wellcome Trust or scientific academies.

It should include international experts, front-line workers and representative members of the public. It needs to look beyond individuals to the material, organisational, cultural and systemic preconditions for high preparedness and good crisis response.

It should also look at whether and to which degree the UK can learn from those countries with lower infection and death rates.

The inquiry needs to produce a thorough report, but the sooner it can issue recommendations, even in an interim form, the greater the chances of a successful follow-up.

It needs to finish at the very least a year before the mandate of the current government ends. Once public attention and memory fades, it becomes more likely that important but politically inconvenient or costly lessons are ignored, delayed or diluted.

If substantial evidence emerges about government negligence or wrong-doing as a by-product of the inquiry or independent from it, a statutory inquiry could still be launched. This inquiry could focus on accountability and restoring public trust and benefit from the findings from the lesson-focused inquiry.

However, it will need to avoid common traps, such as hindsight bias, and allow for honest mistakes being made under time-pressure and uncertainty.

By prioritising lesson-learning through an inquiry set-up, funded and run separately from government, the UK can maximise the chances of identifying the right lessons and building wide-spread support for what needs to be done enhance preparedness and crisis response.

Then, and without the same urgency, a statutory inquiry could still dive into matters of accountability that may be needed by the victims of this pandemic and in order to strengthen public trust in government.

The learning needs to start now.

By Nikki Ikani, postdoctoral research associate, and Christoph Meyer, professor of European and International Politics, both King’s College London. The support of the Economic and Social Research Council (ESRC) for an indirectly related project on ‘Intelligence Production and Learning in European Foreign Policy in an Era of Surprise” is gratefully acknowledged.