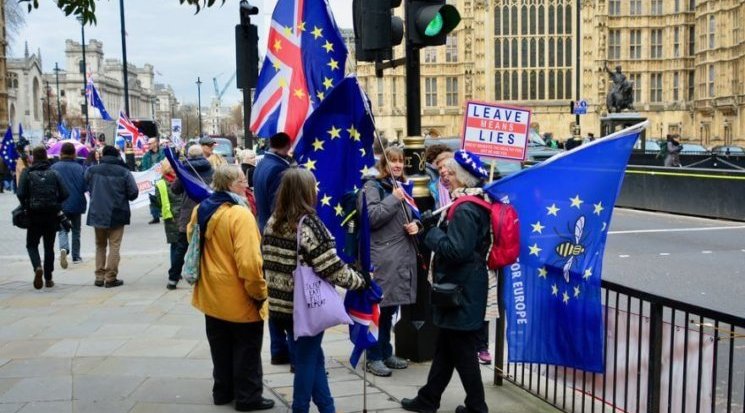 On 20 October 2018, an estimated 700,000 people marched for a People’s Vote on the final Brexit deal. In a stroke of luck for the campaign, protestors were greeted with a clear sky and temperatures of up to 20 degrees as they descended on Westminster. Led by Sadiq Khan and thousands of young people mobilised by youth groups Our Future, Our Choice and For our Future’s Sake, the day felt like a real turning point for many in attendance, and it was not without impact.

Many broadcasters, journalists and even some MPs expressed surprise at the scale of the demonstration. Since that day, the People’s Vote campaign and its branch-offs have become major players on the political scene. What was previously derided as a London-centric club of Blairite ‘remoaners’ could not be ignored any longer.

But ultimately, it wasn’t enough on its own. Despite the massively increased publicity and willingness of many both in the media and in Westminster to take the campaign seriously; five months later there remains no majority in Parliament for anything. Many sympathetic MPs targeted by People’s Vote campaign in recent weeks remain reluctant to tie their colours to the mast.

Additionally, despite some brief optimism at the end of February when it was announced Labour would support an amendment for a referendum on the deal (on the condition its own preferred version of Brexit falls), the battle within the party rages on. Labour’s stance seems to change hour by hour, contingent on which cabinet minister was the last to appear on TV.

But despite being a source of frustration, the fact Parliament is still gridlocked is what ultimately gives the campaign hope. There is no majority for any Brexit precisely because there is no public mandate for any of its various forms – none of which were communicated in 2016. This is exactly why hundreds of thousands of people will return to Park Lane on Saturday, to reamplify the call for the only democratic solution to this crisis: putting it to the people.

The argument remains unchanged from October: no form of Brexit can deliver on what was promised on 2016. Faced with a deal that leaves the UK poorer, with less control and facing endless negotiations regarding the future trading relationship, Leavers and Remainers are, for once, united in their opposition to a worst-of-all-worlds national humiliation.

As time goes on more and more people are waking up to this fact. The two largest polls since the referendum have both showed a six point lead for Remain, rising to double figures when people are asked to choose between the deal and Remain, or no deal and Remain. This is a larger swing than in all but one General Election (1997) since World War II.

Theresa May’s desperate intervention on Wednesday evening, attempting to pit Parliament against the people has spectacularly backfired and, if anything, shored up opposition to her deal.

Any wavering Labour MPs who might have considered backing the deal in the yet elusive MV3 appear to be uniting against the PM’s rhetoric. This has created an opportunity for the campaign to once again present itself as the positive way out of this mess, and it could not have come at a better time.

In this spirit, campaigners would be wise to reflect on some of the criticisms of the last march. The sea of blue flags and berets would’ve done little to endear those to the cause on the left who have no great love for the EU but are opposed to a damaging Tory Brexit.

Similarly, the rare but noticeable anti-Corbyn banners and chants achieve nothing and only serve to alienate Labour voices who are desperately needed to achieve a majority.

Saturday is about showing MPs that the People’s Vote is a genuine cross-party, national movement and encouraging them to come on board, not attacking those who have been reluctant thus far.

Young people who have to live with the consequences of this decision the longest will once again be front and centre. A People’s Vote is the only way forward and Saturday is the best and possibly the last opportunity to showcase the public appetite for it. Whilst Brexit fatigue is real and felt by all involved, without events like Saturday, this crisis will never end.

By Nathaniel Shaughnessy, mobilisation coordinator at Our Future, Our Choice.