Why we’re stronger in 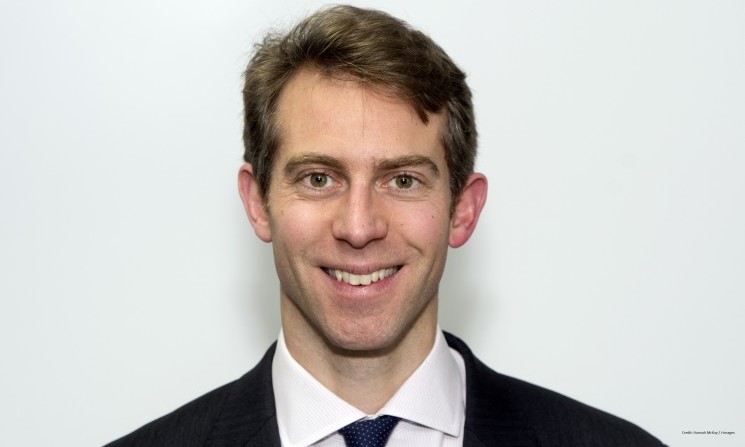 On the 23 June the people of Britain will be faced with the greatest political decision they have had to make in a generation – whether Britain should remain in Europe or leave altogether. I believe that Britain is better off, stronger and safer in Europe than we would be out on our own, and I will be making a proud, positive, and patriotic case for Britain to remain in Europe.

Almost half of everything we sell as a nation we sell to Europe, from cars and chemicals to food and financial services.

According to studies by the independent Centre for Economics and Business Research, among others, up to four million British jobs are linked to our exports to Europe.

And it isn’t just exports. Britain has received £26.5bn a year in investment from EU countries over the last few years. BMW, which employs 7,000 people at plants in Oxford, Birmingham, and Swindon, has said it wanted the UK to remain in and would ‘regret’ exit from Europe.

Big companies are far from the only ones who benefit, with 88 per cent of small businesses that export doing so to the EU. As the governor of the Bank of England has said, being in Europe makes us more “dynamic” and “open” as a country.

It is not just on jobs and business that Europe makes us better off. Being in means cheaper prices in our supermarkets, cheaper flights to Europe and lower phone roaming charges when travelling.

And programmes like Erasmus allow students from all regions and all backgrounds in Britain to study across Europe as part of a year abroad.

Indeed, Britain’s universities have prospered from our place in Europe. They win more EU research funding than their French and German competitors combined, and 10 per cent of our public funding for science comes from Europe.

We live in an uncertain and fast-changing world, where crime, terrorism, and environmental problems do not respect national borders.

Given this, it is vital that we work together with our friends and allies in Europe. One of the terrorists who placed a bomb in a London train station in 2007 and then fled to Italy was brought to face justice in Britain thanks to the European Arrest Warrant, an EU measure. And over 5,000 criminals from the EU have been deported since 2010 under European warrants.

Britain is also a leader in the world, partly thanks to our leading role in organisations like the EU, the United Nations and Nato. By playing an active role in all of these, we can work with our allies to shape the world in our interests. The EU has agreed sanctions against Russia to punish it for the invasion of Ukraine. It defeated piracy off the Horn of Africa through a joint naval mission commanded by a British admiral. And it spent well over £1bn dealing with the tragic Ebola epidemic in West Africa.

I have some sympathy with arguments made by those who want to quit Europe.

I would be the first to say that the EU is far from perfect, and needs to change. But if we leave, we cannot simply ignore our closest neighbour and largest trading partner.

So what would our relationship with Europe be if we left?

Would we be like Norway, and still have to pay but get no say?

Would we have to still accept free movement of people, like Switzerland?

Or would we quit Europe’s single market entirely and face taxes on all our exports, like Russia?

And what would happen to all those who benefit particularly from being in Europe? Farms, universities and poorer regions which benefit most from EU funding could be left short of vital cash. Workers who benefit from EU legislation would fear its repeal. And anyone with a job at the thousands of firms which trade with Europe would have cause to worry about any loosening of our relationship with the rest of Europe.

The people of Britain will not accept vague visions of what a British exit would mean – they need straight talking from the Outers. And that straight talking has been comprehensively lacking so far.

I believe that being in Europe is the key to a prosperous and secure future for our country.

A new report has found that the actions the EU is now taking – creating a single market in digital services, negotiating trade deals, cutting red tape – will create 790,000 new jobs in the UK by 2030, thanks to a £58bn boost in our national wealth.

I am confident that the Government will get a better deal for Britain in Europe, and they have my full support in that endeavour.

But we should recognise that Europe is already doing the right things, in becoming less bureaucratic and more focused on creating jobs and helping consumers.

Being in Europe is best for Britain, now and into the future. Our place in Europe creates jobs, lowers prices, and widens opportunities.

It keeps us stronger and safer in an uncertain world. Most importantly, Europe is reforming, and a British exit would constitute a risky leap into an uncertain future. For these reasons and more, I know that we are better off in.

Will Straw is executive director of Britain Stronger In Europe