Will a no deal Brexit lead to the break-up of the UK? 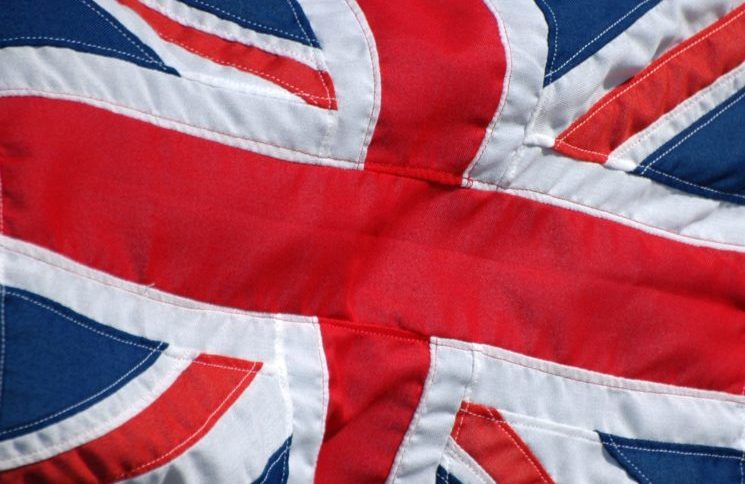 Leaving the EU without a deal is a very possible outcome of the current political crisis. A number of pundits and politicians from across the political spectrum argue that doing so would pose an existential threat to the UK’s domestic Union.

But how exactly this would happen has not been set out in a detailed fashion.

In a new briefing paper, published today by the Bennett Institute for Public Policy and the Centre on Constitutional Change, we seek to address this gap by exploring some of the main potential ramifications of no deal for the domestic Union.

We suggest that no deal would indeed destabilise the UK’s already fragile territorial politics, and has the potential precipitate a full-blown crisis.

Specifically, we conclude that:

We also map out the different possible events that might become flashpoints in both the Northern Irish and Scottish cases, and illustrate the sequences of episodes that might ensue.

There is a legal requirement for a border poll to be called by the Secretary of State ‘if at any time it appears likely to him that a majority of those voting would express a wish that Northern Ireland should cease to be part of the United Kingdom and form part of a united Ireland’.

No detail has been provided about the criteria that would be used to inform this judgement, and there is every reason to think that the UK government would approach this issue with extreme caution.

A judicial review seeking to enforce the legislation may well happen if polling continues to indicate that majority opinion is in favour of a united Ireland.

Were a vote for unification to happen, contentious and potentially divisive questions about the future status of Northern Ireland within a united Ireland would arise.

Further referendums on any agreed settlement would most likely be held in both Northern Ireland and the Irish Republic on any proposed agreement.

Consequently, we consider it unlikely that Irish unity could happen until the middle of 2020s at the very earliest. 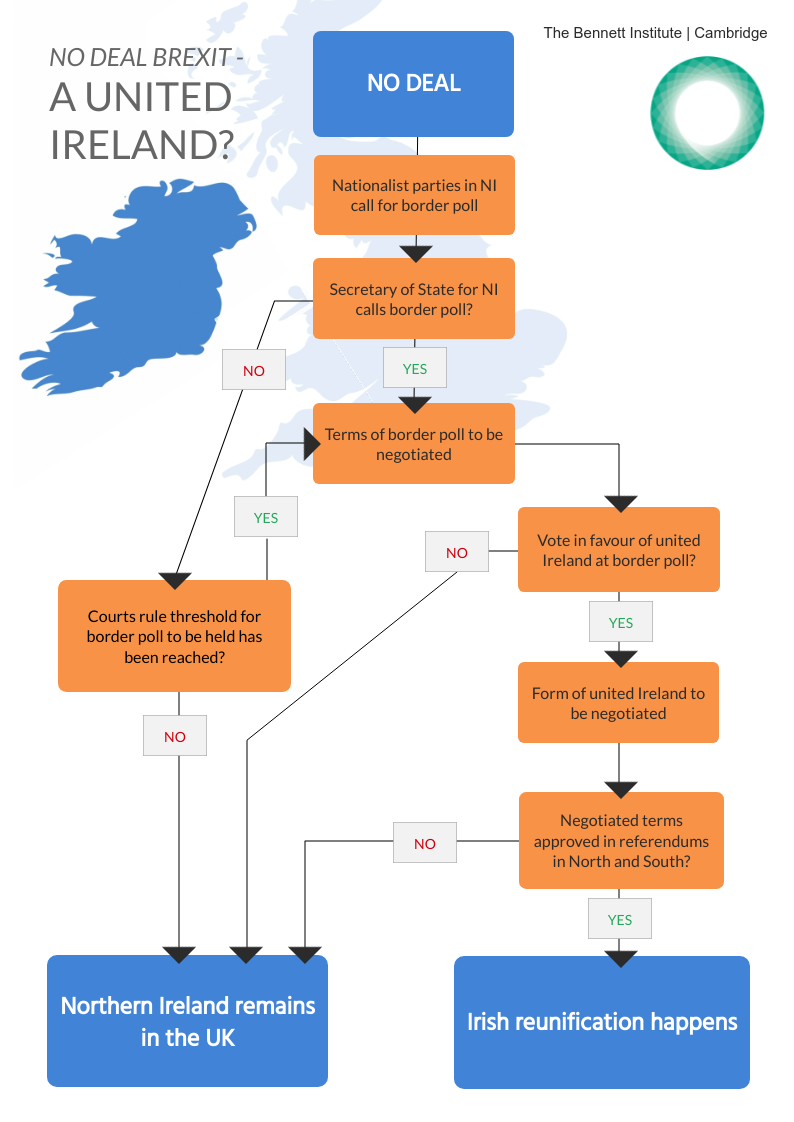 The Scottish Government has already signalled that it will make a request to hold a new independence referendum before 2021.

It is likely that it would table this in the immediate aftermath of a no deal Brexit, calling for the power to hold a referendum to be transferred under section 30 of the Scotland Act – the procedure used ahead of the 2014 referendum.

Boris Johnson has indicated that he would refuse such a request.

At that point the Scottish Government might come under pressure from some independence supporters to press ahead without a section 30 order.

Such a move would very likely result in a case before the UK Supreme Court, and Nicola Sturgeon has previously indicated that she would not pursue this high-risk approach.

It is more likely that the next key moment in this sequence would be the Scottish Parliament election of May 2021, which would be framed as a proxy vote on whether a referendum should be held or not.

Should a majority of seats be won by parties that favour independence, there is every prospect that this would heap enormous pressure upon the UK government to grant a section 30 order.

If the UK government did not relent in the face of this pressure, a major stand-off would result.

Were there to be a referendum vote in favour of independence, Scotland would not leave the UK immediately, just as the UK did not leave the EU straight after the vote in June 2016.

There is no agreement about how these negotiations would be structured, and how long they might take.

Given that an independence referendum is very unlikely to happen before the latter half of 2021 at the earliest, Scotland would not become an independent country any earlier than the middle years of the next decade. 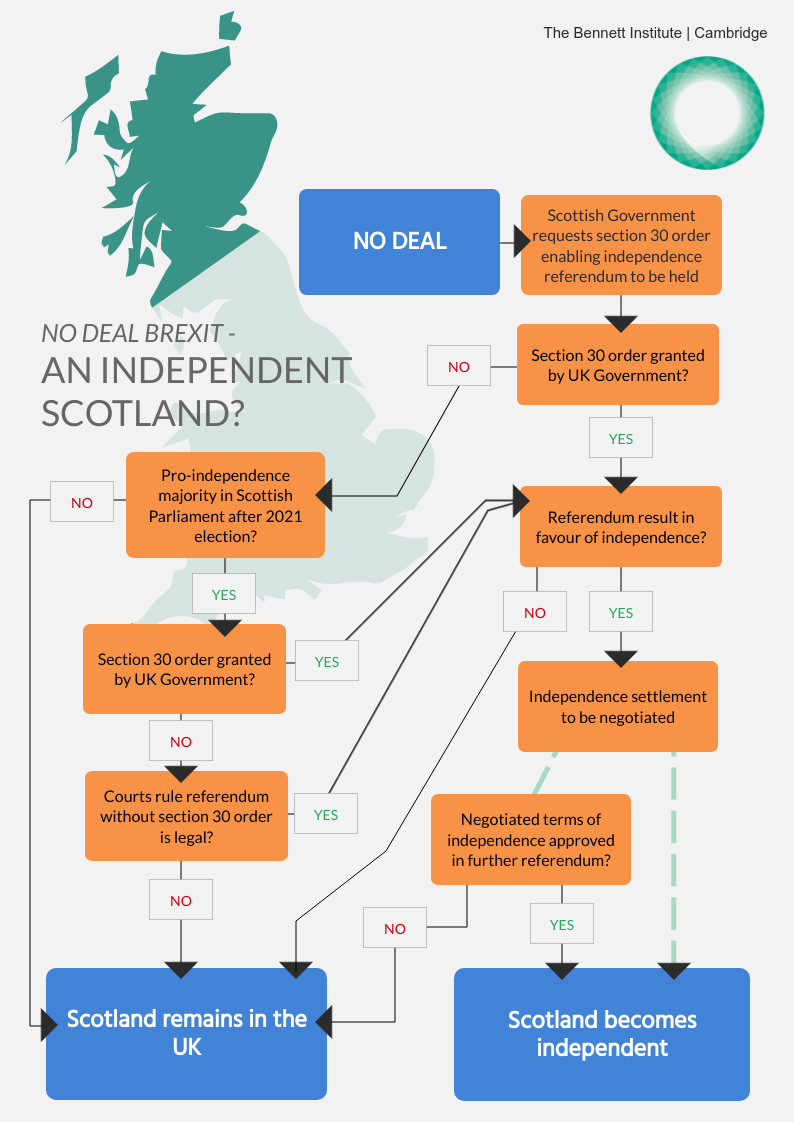 The UK’s territorial politics was already strained before the 2016 referendum. Events since then have ratcheted up these tensions considerably, and already generated some sharp conflicts.

A disorderly departure has the potential to bring this to a head. This prospect needs to be given greater weight and fuller consideration, within the increasingly intense debates about how the UK manages its departure from the EU.

The new Bennett Institute for Public Policy and Centre on Constitutional Change briefing paper by Professor Michael Kenny and Jack Sheldon, ‘Will a no deal Brexit lead to the break-up of the UK?’, can be accessed at this link.

By Professor Michael Kenny, Director of the Bennett Institute for Public Policy and Jack Sheldon, Research Assistant and PhD candidate, both at the University of Cambridge. Both authors are also Fellows at the Centre on Constitutional Change.