Will Birmingham be a bunfight or even a bloodbath? 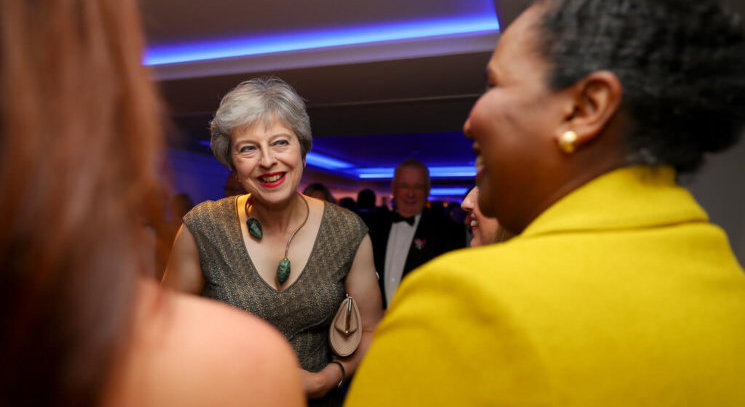 Will Birmingham be a bunfight or even a bloodbath?  That’s what many are asking – and some are even hoping for.  After all, there’s nothing like a potential Conference showdown to get the pulses racing, if not among the wider public then at least among the politicians, grassroots members, think-tankers, lobbyists, journalists, and assorted hangers-on (myself included) who get to skip from fringe to fringe and convince themselves, for a few days anyway, that it all really matters.

But does it? Will it? I started paying attention to politics preposterously early on in life – the start of an addiction that even Brexit hasn’t (yet) managed to cure.  As a result, I’ve literally lost count of the number of times this or that conference, and in particular this or that leader’s speech, has been billed as ‘make-or-break’.  And it’s happening again already.

Theresa May, we’re told, will have to make ‘the speech of her life’ if she’s to save her premiership/her Chequers plan/her party from tearing itself apart (delete as appropriate).

Meanwhile Boris Johnson, we’re assured, will be doing his damndest to steal her thunder (and, if he can manage it, her job) by persuading everyone that all that’s lacking in the UK’s negotiations with the EU is some Churchillian vim and vigour, which (surprise, surprise) only a certain blond bombshell prepared to bang on about Canada can supply.

Well…maybe. Given that almost anything seems possible these days, no-one should completely discount the possibility that the sound and fury will actually end up signifying something this time around. Yet the probability is more prosaic.

May, Johnson, Rees-Mogg and the rest will, of course, strut their respective hours upon the stage (and, in the case of the latter, myriad convention-centre rooms serving coffee and croissants or cold-cuts and warm white wine, depending on the time of day and the generosity of the sponsor). But, by the end of it, we’re unlikely to know more than we already do.

Namely, that the clock is ticking down but that, even after Salzburg, the PM still believes she can persuade ‘Brussels’ (and maybe even the DUP) that there’s somehow a sweet (but blurry) spot between an FTA with a customs border running down the Irish Sea, on the one hand, and an ersatz-EEA/EFTA style deal, on the other.

Namely, that Johnson and the Brexiteers still insist there can be an FTA without such a border. Namely, that both she and they seem to agree that the best way of getting what they want is to carry on pretending the UK would cope with (and parliament would vote for) ‘No deal’ when that’s patently not the case.

Namely, that he (and others) want to succeed her sooner or later but that the majority of Tory MPs are still praying that they can put off a contest until the Spring/Summer of 2019 when, by some miracle, we’ll have left (and, they hope, not crashed out of) the EU.

Namely, that all this is based on a complacent belief that ‘they’ need ‘us’ as much as we need them, on a failure to recognise that we are not dealing with another government but with a rules-based order, and on a naïve belief that ‘it’ll be alright on the night’ because it always has been before.

In other words, after Birmingham, nothing – to coin a phrase – will have changed.

By Professor Tim Bale, professor of politics at Queen Mary, University of London.