Will Boris Johnson get the Brexit deal he wants? 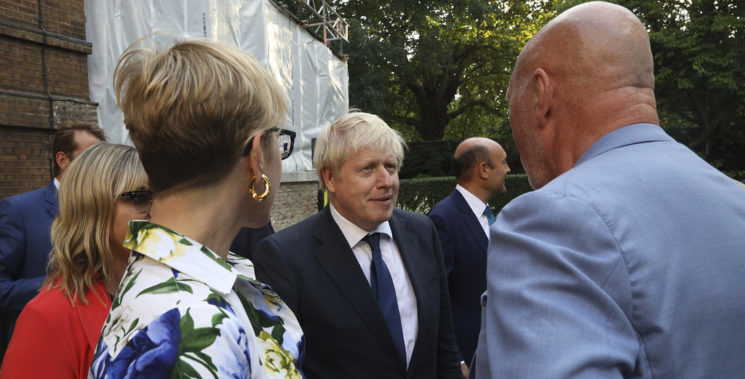 The deal that Boris Johnson wants is a November election in which he can campaign for the voters to give his government a subservient majority on the grounds that he has delivered Brexit.

Delivering Brexit in October would have three advantages for Johnson’s electoral ambitions.

It would recover support from Nigel Farage’s one-issue Brexit Party by delivering what Brexit voters want.

It would also reduce the significant support the Liberal Democrats have temporarily gained by promising to have Britain remain in the EU rather than leave.

Labour voters who are not diehard Remainers would be appealed by the offer in this week’s pre-election budget of a layer-cake with layers of increased spending on public services to suit every taste.

However, to get the election that he wants, Johnson needs the co-operation of a parliament where his Conservative MPs are in a minority, and where he has suffered defeat after defeat on Brexit issues.

As of today, an Act of Parliament requires him to request the EU to extend negotiations for a Brexit deal if no deal has been agreed by this Saturday, 19 October.

Brussels is prepared to give an extension to negotiations until 31 January, or even slightly longer if there is a valid reason.

If it did so it would leave Johnson lying in a ditch he had dug for himself by promising that the UK would leave the EU by a week from Thursday night.

Refusing to obey an Act of Parliament would invite a Court judgment that mandates the Prime Minister to obey the law and send the letter.

Alternatively, he may show formal compliance by asking for an extension on terms he expects the EU to reject.

However, this would only inflame MPs’ collective anger and make it even more difficult for Johnson to get Parliament to authorise the November election on terms he wants.

The frantic trilateral discussions between Downing Street, Dublin and Brussels are an attempt to agree a deal this week that will bridge the gap between what Johnson has promised his hard core Brexit-backers and what the EU will accept.

Any compromise agreement would be met by hard-core Brexiters with cries of betrayal of their trust.

If Johnson has a deal acceptable to Brussels it could be put to the House of Commons this Saturday in its first weekend sitting since the Falklands War.

However, any government bill would be subject to amendments calling for approval of the deal to be subject to a confirmatory referendum vote in which the alternative to Johnson’s deal would be remaining in the EU.

It would be easy to organise a cross-party alliance to put such an amendment: Labour MPs could invoke the party conference vote in favour of a confirmatory referendum on any Brexit deal as justification to vote for it, and Conservative MPs who are anti-no deal or closet Remainers could support such an amendment with their vote or by abstaining, citing as their reason Johnson dictum that the people not parliament should decide.

An Act that approved a Downing Street deal conditional on a referendum endorsement would give Johnson a classic Pyrrhic victory: an election on terms he did not want.

Technically, such a referendum could be mandated by adding to the bill endorsing Johnson’s deal a simple amendment stating that approval was conditional on a second approval by a referendum majority.

To avoid having a second referendum reject the deal and thus leave a no deal Brexit as the default position, there should be an alternative choice open to voters: repealing the Act of Parliament that triggered Article 50 and notified the EU of the UK’s planned withdrawal.

A referendum vote on leaving the EU would give Johnson a chance to put his case to the British electorate, but not on terms that he would like.

Instead of having a parliamentary election in which the choice would be between a Johnson government offering jam and circuses and a Labour government offering Venezuela without the sunshine, a referendum would offer a Brexit on terms that are actually available.

Independent experts recommend allowing 22 weeks between parliament approving an Act to hold a second referendum and the day that ballots are cast.

That makes the end of March the earliest date for holding a second referendum.

This would give lots of time for fissures to fester in the Conservative Party and the Brexit parties that Nigel Farage has led.

It would also give time to MPs who have left their party or feel their party has left them to decide whether they can return to the fold or start organizing a new party that will seek general election votes by offering a program of leadership that offers a clean break with the parties that have collectively delivered two Brexit referendums.

To avoid further continuing uncertainty, the referendum verdict could be made legally binding.

If they lost, Remainers could grumble or emigrate but they would have to accept Brexit with a deal as a lesser evil than Brexit without a deal.

In defeat, Brexiters would queue to sign a vote of no confidence in Johnson as Conservative party leader and then to decide which Tory MP is qualified not only to win the votes of Tory party members but votes of Britons who want a Prime Minister who will deal with the problems that most concern them

By Professor Richard Rose, professor of politics at the University of Strathclyde and a fellow of the Robert Schuman Centre at the European University Institute.